Meezaan will be next seen in Hungama 2, which also stars Paresh Rawal, Shilpa Shetty and Pranitha Subhash in pivotal roles.

The link up rumours of Amitabh Bachchan's daughter Navya Naveli Nanda and Jaaved Jaaferi's son Meezaan has been in the news for quite sometime. While they have denied the news, the duo grabbed our attention now thanks to Navya's beautiful birthday wish for Meezaan on her insta-story, where she posted his stunning pic. The Malaal reacted to the picture, with a black heart emoji. Well, this is not the first time, where we have seen the duo indulging in social media PDA. Also Read - Hungama 2 trailer: Shilpa Shetty, Paresh Rawal, Meezaan and Pranitha Subhash promise to take you on the craziest laughter riot with Priyadarshan's signature style 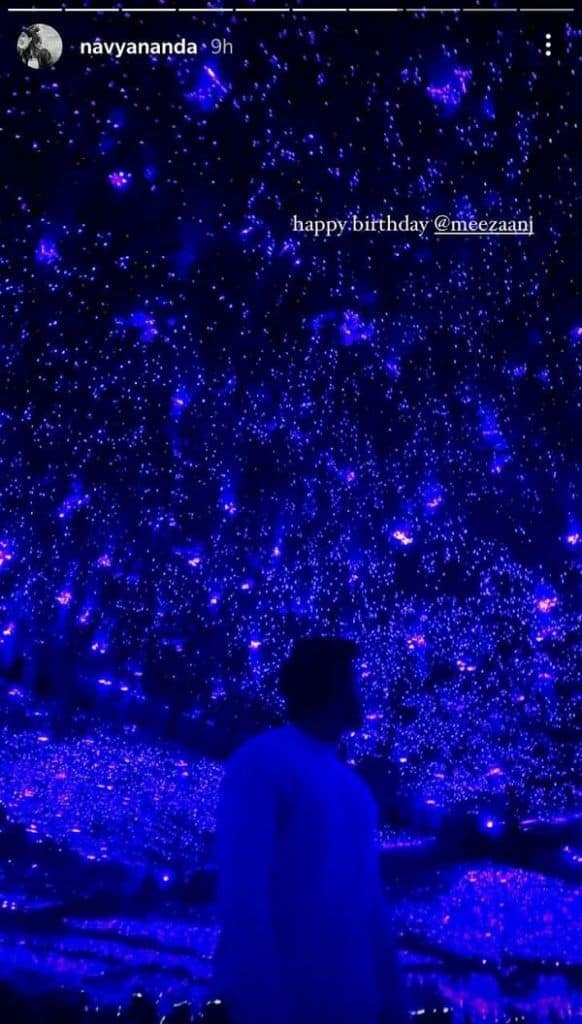 Also Read - From Liger and Radhe Shyam to Bhuj and Dhamaka: Check out the insane amounts at which films have been sold to major OTT platforms

Recently while talking to E Times, Jaaved Jaaferi opened up on the rumours of Meezaan dating Navya and said, "People want content. Being good friends with somebody is considered to be something else always. These children have grown up together; my daughter and Navya have been friends since school. They have a common group of friends. Even Sara Ali Khan and Meezan were in the same school. They used to come home, hang around till 3 am. It is convenient to link them up as they are always together." Also Read - Hungama 2: Shilpa Shetty, Paresh Rawal, Meezaan and Pranitha Subhash fly to Manali to shoot the comic caper

Meezaan earlier had refuted the dating rumours on a talk show and said, "Why will I admit it when there is no relationship? There is no relationship, okay? We're friends. Friends ka bhi ek relationship hota hai. It's not a boyfriend-girlfriend dating relationship. Just cause we get papped outside the theatre leaving with friends, by the way, that doesn't mean, 'Oh, we're dating."

On the professional front, Meezaan will be next seen in Hungama 2. Interestingly the actor was not the first choice for the film as he told us exclusively, "Me getting Hungama 2 is extremely contradictory to what the aduience is saying these days. The reason I got Hungama 2 is because they like my work in Malaal. When I spoke to Ratanji (producer Ratan Jain), he tole me that Priyan sir (director Priyadarshan) had first approached Ayushmann Khurrana, and then they had approached Kartik Aaryan and both said no for whatever reasons they know best. So, Ayushmann and Kartik were the first choices for Hungama 2, after which they thought of me."