Nawazuddin Siddiqui's histrionics is unmatched. He can portray any character with such conviction that he starts living that. It took him 12 years to be where he is today and we are glad that he got his due. Today, even in big budget superstar laced films, he manages to leave his mark on people. Now that surely is an unmistakable quality. Not everyone manages to ward off the eclipse of a superstar co-star but Nawaz managed it well. Guess that won him a new fan and he is very powerful! Delhi Chief Minister Arvind Kejriwal admits he finds Nawaz's acting inspiring! Also Read - Salman Khan's Bajrangi Bhaijaan co-star Munni aka Harshaali Malhotra's grown up avatar will make your jaws drop

Kejriwal took to Twitter to express his appreciation for the actor. A special screening of Manjhi - The Mountain Man was held in Delhi and CM was invited. Nawaz thanked everyone including CM for the same to which Kejriwal replied, Also Read - From Mahesh Babu to Anushka Shetty: Top south stars who have rejected the biggest Bollywood films

.@Nawazuddin_S Nawaz, ur acting is phenomenal in Manjhi. V inspiring.

Here are some of the pictures from the screening: Also Read - Bajrangi Bhaijaan actress Sunita Shirole seeks financial aid; says, 'I regret not saving money for a rainy day' 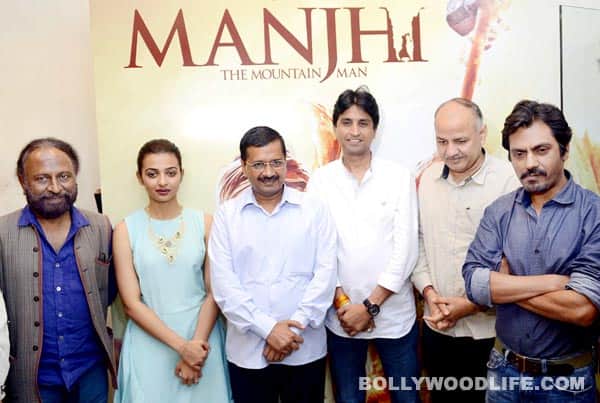 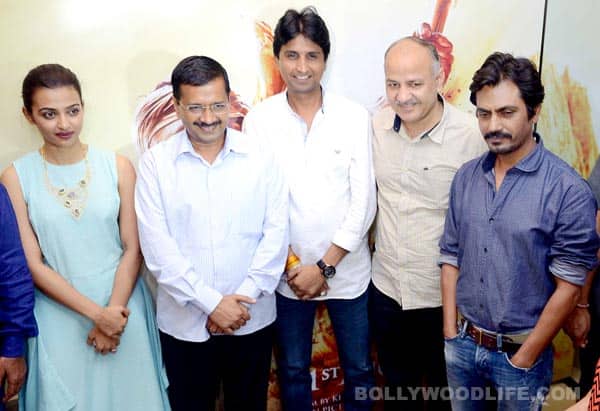 The film is about Dashrath Manjhi who moved a mountain to carve a road from his village to the nearest medical centre so that no one dies of lack of medical help. His wife couldn't get the same and died. The story itself is so moving that we aren't surprised to see Kejriwal saying good things about him!