Nawazuddin is a regular at the prestigious film festival.

Actor Nawazuddin Siddiqui was welcomed with cheers and applause post the screening of his film “Raman Raghav 2.0”, at the 69th Cannes Film Festival here.

Filmmaker Anurag Kashyap’s “Raman Raghav 2.0”, which narrates story of Mumbai's notorious serial killer who went on murder spree in Mumbai in the 1960s, was screened at the film extravaganza on Monday. It features Nawazuddin as the notorious serial-killer alongside Vicky Kaushal, who plays a police officer. In a clip shared by Nawazuddin's team with IANS, the actor is seen entering the hall amid an unending cheer. Also Read - 'You should be ashamed of yourself'; Anurag Kashyap's daughter Aaliyah receives 'Full-on' hate comments for discussing sex, pregnancy, drugs with father

Nawazuddin is a regular at the prestigious film festival. “Raman Raghav 2.0” marks his eighth film at the film gala in four years. Earlier films to make it to the Cannes were “The Lunchbox”, “Gangs of Wasseypur”, “Miss Lovely” and “Liar's Dice” to name a few. His seven films as an actor and one short film as a producer have gone to the film festival. His debut production “Miyan Kal Aana”, that is directed by his brother, Shamas Siddiqui, was also screened at the festival. 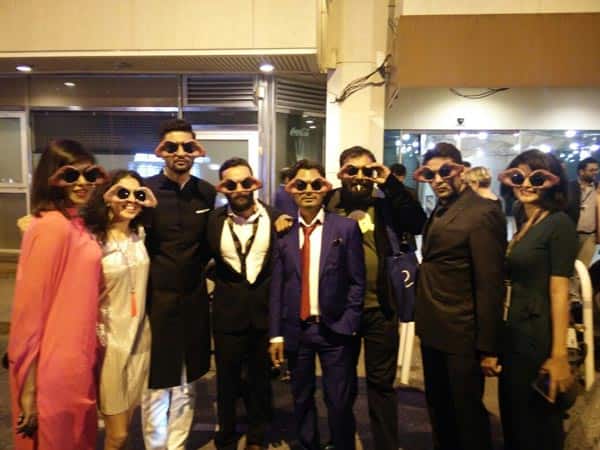 Apart from Raman Raghav 2.0, Sarbjit was also screened at the International film festival. Sarbjit is all set to release on May 20th while Raman Raghav will be out in theaters on June 24th.