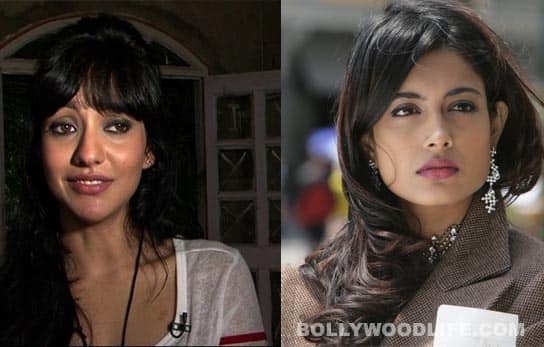 After getting a new director for Kyaa Super Kool Hai Hum, now the leading ladies have been signed on too

In case you enjoyed watching the 2005 comedy Kyaa Kool Hai Hum, the sequel titled Kya Super Kool Hai Hum is on its way. Neha Sharma, of Crook: It's Good to be Bad fame, and Sarah Jane Dias (remember her in Game?) have been signed on to play the female lead roles in the Tusshar Kapoor-Riteish Dehmukh starrer.The shooting has already begun and the two seem to have the full support of their male co-stars. 'Neha Sharma and Sarah Jane Dias have been cast opposite @Riteishd and me in our 'Kya Super Kool Hai Hum'!' Tusshar posted on his Twitter page. Riteish confirmed the development too, and said he is excited to work with the gorgeous ladies. 'Day-1-Kya Super Kool Hai Hum- met beautiful Neha Sharma and gorgeous Sarah - looking forward to working with them. Good luck director Sachin Yardi,' he tweeted. Kya Kool Hai Hum, produced by Ekta Kapoor, was directed by Sangeeth Sivan and had Eesha Koppikhar and Neha Dhupia as the female leads. Also Read - Smiley Suri to make a comeback with Kalyug sequel?