Check out all pics of Neil Nitin Mukesh and Rukmini Sahay's pre-wedding bash. The marriage will take place tomorrow at Udaipur Palace.

Neil Nitin Mukesh and fiance Rukmini Sahay are all set to tie the knot in the grand Udaipur Palace and here's a sneak peek at their pre-wedding celebration! The wedding will take place on February 9, that is, tomorrow. But before the big day, the couple threw a pre-wedding bash which was every bit dreamy! As we had earlier stated, last night was the engagement ceremony of the couple, where Neil donned a crisp suit while Rukmini wore a shimmery gown. The busy groom had told a leading tabloid earlier, ”I have always believed marriage is a coming together of two families and we’re looking forward to spending time together. Right now we are busy welcoming guests." Since it is an arranged marriage, the families have been very much involved in the wedding. In fact, in the videos that have surfaced on social media, we notice an elated Nitin Mukesh ecstatic as were the bride and groom. It definitely looks like a grand affair as the pics and videos speak volumes! Also Read - Special OPS actor Bikramjeet Kanwarpal passes away due to COVID-19; Richa Chadha, Neil Nitin Mukesh and others pay tribute

A lot of preparations are being done and since the big day is nearing, both the families are super excited for the union! Thanks to videos and pics shared on social media by fan clubs, we were able to see Neil and Rukmini in action as they happily danced and posed for pictures! In fact, there's a video where the actor is caught grooving to the tunes of Kala Chashma as well! Just the other day he was crooning to Kabira from Yeh Jawani Hai Deewani. You can check out all the pics and videos from the pre-wedding bash below! (ALSO READ - Here's all you need to know about Neil Nitin Mukesh and Rukimini Sahay's wedding outfits) Also Read - Neil Nitin Mukesh and Rukmini cancel marriage anniversary celebrations following family friend Rajiv Kapoor’s death [Exclusive] 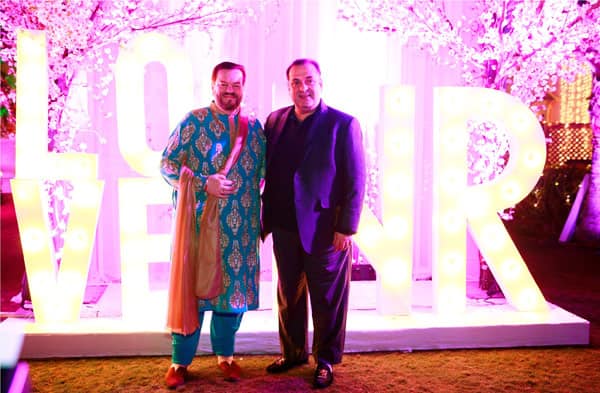 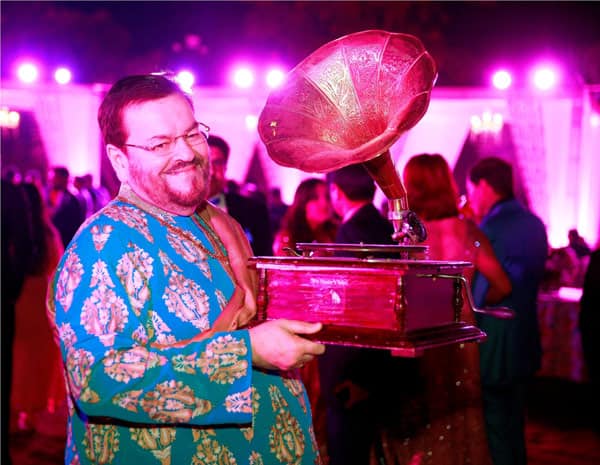 Aren't they adorable? The actor's fairytale romance is love at first sight! Yep. Neil admitted that it was love at first sight for him when he met Rukmini! "The moment I saw her I knew she was the one. I just hoped she is as perfect in every way as she seemed. And after spending time with her in the last five month, I must admit she is the most genuine person,” said the actor. Since it is an arranged marriage, the couple after getting engaged, have only gone out once! Well, you got a whole lifetime ahead of you. We hear that on the wedding day, Neil Nitin Mukesh will arrive on a chariot while Rukmini will be arriving the venue in a classic Hindu style, on a doli.

The wedding will be followed by a grand reception in Mumbai where, we believe, a lot of industry folks will be present. Since Neil is a part of Golmaal Again, he might start working on it as well as shoot some remaining parts of Indu Sarkar. Stay tuned to this space for all updates on Neil Nitin Mukesh's wedding!