Not just Brahmastra, Deepika Padukone to also have a cameo in Shah Rukh Khan and Nayanthara's Jawan?

Apparently, Deepika Padukone has agreed in principle to be a part of Shah Rukh Khan and Nayanthara starrer Jawan, directed by Atlee, though the paperwork still remains to be finalised 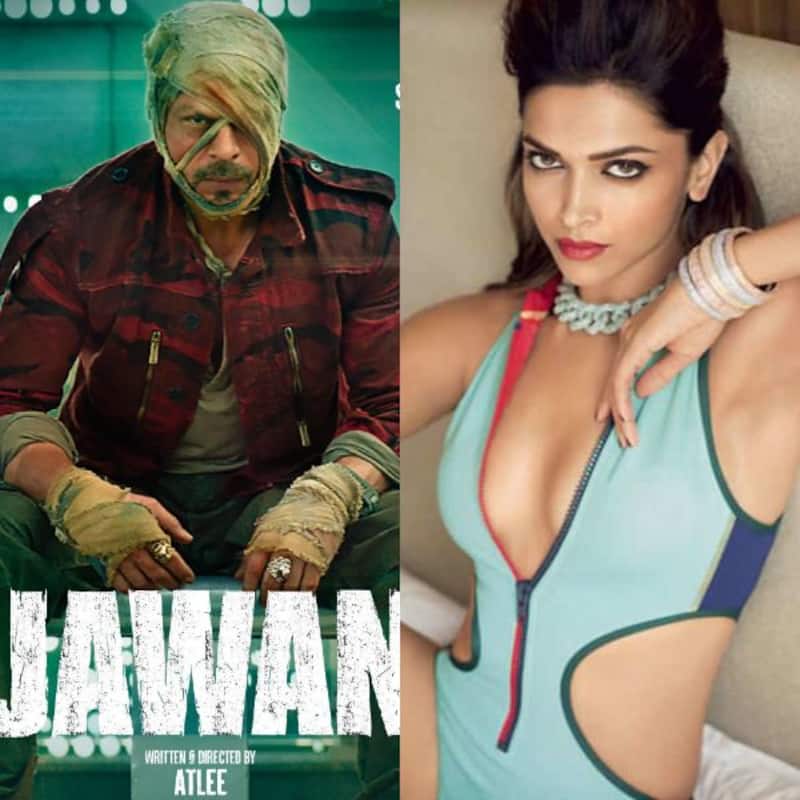 The moment we were all waiting for finally arrived when Shah Rukh Khan, Nayanthara and Director Atlee’s long awaited movie, Jawan, was announced a couple of days ago, with a special video. What’s more, the Jawan announcement video from SRK and Atlee created such mass hysteria that it has beaten every similar clip both from Bollywood and the South by a huge margin, including Shah Rukh Khan's own Pathan, Salman Khan and Katrina Kaif's Tiger 3, Akshay Kumar and Tiger Shroff’s Bade Miyan Chote Miyan and Rajinikanth’s next film, tentatively titled Thalaivar 169. And now, we have a new Jawan update that's sure to increase your excitement furhter. Also Read - Alia Bhatt shares a blissful picture from Portugal post pregnancy announcement; fans say, 'Glowing Mommy'

Deepika Padukone to have a cameo in Shah Rukh Khan's Jawan?

A source told Pinkvilla that Deepika Padukone has been in talks with Shah Rukh Khan and Atlee for a while now and she is poised to make a short yet important appearance in Jawan. Apparently, she has agreed in principle though the paperwork still remains to be finalised. The source added that Deepika was shooting for Project K alongside Prabhas in Hyderabad when SRK and Atlee met the actress and discussed the dynamics of her character as also the shoot dates. It seems that everything should be on paper in a fortnight's time. Also Read - From Ankita Lokhande-Vicky Jain to Alia Bhatt-Ranbir Kapoor: 5 married couples who are bold and hopelessly romantic [View Pics]

A well-placed source within the industry had earlier exclusively apprised BollywoodLife that Deepika Padukone is expected to have a smashing cameo in Ranbir Kapoor and Alia Bhatt starrer Brahmastra, and it seems that she readily agreed given her fantastic equation with both Karan Johar and Ayan Mukerji since Yeh Jawaani Hai Deewani. What's more, our source adds that not only this will mark a reunion of Deepika and Ranbir on screen, which is bound to send fans in a tizzy, but will also hold a strong connection to Brahmastra 2, with Deepika's cameo probably set to occur toward the end of the movie or maybe in a mid-credits scene a la Marvel movie. Also Read - Shah Rukh Khan STEALS the thunder with his cameo in R Madhavan's Rocketry: The Nambi Effect claim fans