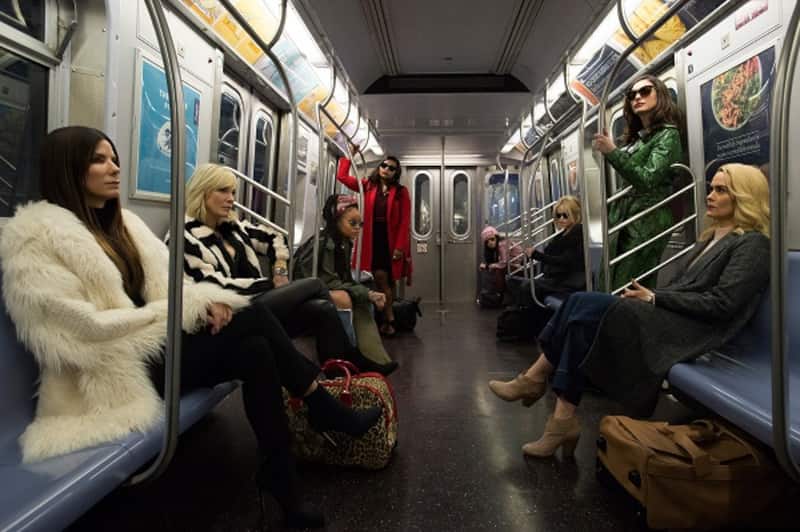 Imagine a strong star cast like Anne Hathaway, Sandra Bullock, Mindy Kaling, Cate Blanchett, Rihanna, Awkwafina, Helena Bonham Carter and Sarah Paulson coming together for a spin-off of a franchise that's still so fresh in our minds. Should not it be mind-blowing? Well, the movie's name is Ocean's 8 - an all-female spin-off of the classic Ocean's series - and it is not. The version has been directed by Gary Ross (The Hunger Games and Seabiscuit fame). But seems like he was not able to conceive the movie perfectly. As most of the criticism is directed towards him with praises for the cast and other aspects of the film. Also Read - Bullet Train movie review: Brad Pitt starrer takes you on the ride of your life with badass action, nonstop humour and jaw-dropping stunts

In India, Ocean's 8 opened in theatres today. It has received a mixed-to-negative response from the critics here. Also Read - Sonam Kapoor gets trolled for flaunting her bare baby bump in a tube top and jacket; netizens call her, ‘ Wannabe Rihanna’

DNA didn't quite enjoy the movie and wrote, "A bland story can give only so much wiggle room even when you have Oscar-winning stars leading the film. Watch it once, or wait for streaming or Blu- Ray's to come out. You are not missing much." Also Read - Priyanka Chopra slays in a risque quirky black gown as she graces one more Bulgari event [View Pics]

News 18 thought, "Sarah Paulson, Helena Bonham Carter, Mindy Kaling, Rihanna and Awkwafina are criminally wasted, being reduced to comic relief and or used as montage fodder". They also wrote, "Alas, Gary Ross, who helmed 8, is a director and not an artist, and his almost sycophantic attempt to ape Soderbergh's aesthetic is just monkey business,"

Firstpost didn't enjoy the movie either but thought it was not as bad as the all-female Ghostbusters reboot. "It is a moderately pleasing jaunt that you would not remember a day later but there was no reason why a movie with these many stars had to play so ‘safe’; it is an ironic tactic considering how many risks the women in the film take to achieve the impossible," they wrote.

Hindustan Times, despite not liking the movie, praised the editing and the twist of the movie."And this twists the knife in even more cruelly for Gary Ross did have a worthy idea but failed to bring it to fruition. Ocean’s 8 is nowhere as wholesome as the fans had imagined it to be," they added.

Times of India wrote, "The film has the same busy and slick feel of Steven Soderbergh’s movies with George Clooney; it’s just as funny and engaging too. But it’s not as smart or detailed as those films. In an attempt to pull off the twists, the film takes a few cinematic liberties,"

Well, all being said, you guys are the final jury. So, tell us, are you planning to watch the movie? Don't forget to tweets us YOUR review to @bollywood_life