October trailer launch: 5 pictures of Varun Dhawan and Banita Sandhu that will make you adore their chemistry

Varun and Banita's off-screen chemistry is something to watch out for...

The trailer of Varun Dhawan's October is finally out and it's so intriguing; it is high on emotion and will leave you guessing. You'll be left teary-eyed by Varun's performance in the trailer and eagerly wait for the film's release. What we love the most about the upcoming film is how Varun will be seen in a different character this time and shifts away from rom-com. The film introduces debutant Banita Sandhu who will win your heart in no time. The teaser that was released earlier indicated this is not a love story. Being a sucker for Bollywood love stories, we still hoped for a hidden love story in the trailer. However, that wasn't the case. Thanks to the lead actors Varun Dhawan and Banita Sandhu, we got to see a glimpse of their chemistry during the trailer launch of the film. Also Read: These clues in Varun Dhawan’s October trailer might give you a hint of what the story is all about Also Read - October and Adithya Varma actress Banita Sandhu tests positive for COVID-19; refuses to get admitted in a government hospital

Varun was seen pulling off a moustache with a clean-shaven look for the trailer launch which instantly caught our attention. The actor was seen rocking the denim look with a pink shirt for the trailer launch. Banita, on the other hand, who made her first official public appearance with co-star Varun Dhawan left the fashion police puzzled. She was seen rocking occur colour separates which she paired with a plain white top. However, the electric blue boots she donned for the event will surely make you cringe. Apart from complimenting each other's attires, the two were seen sharing some adorable moments during the trailer launch. Check out the pictures below: Also Read - Vicky Kaushal starrer Sardar Udham Singh to now release on THIS date 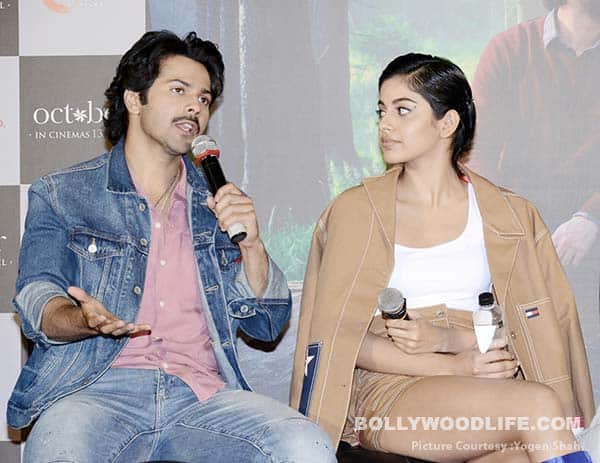 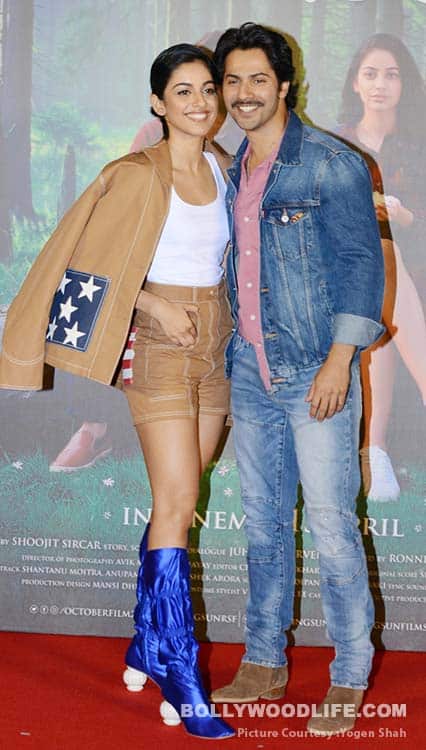 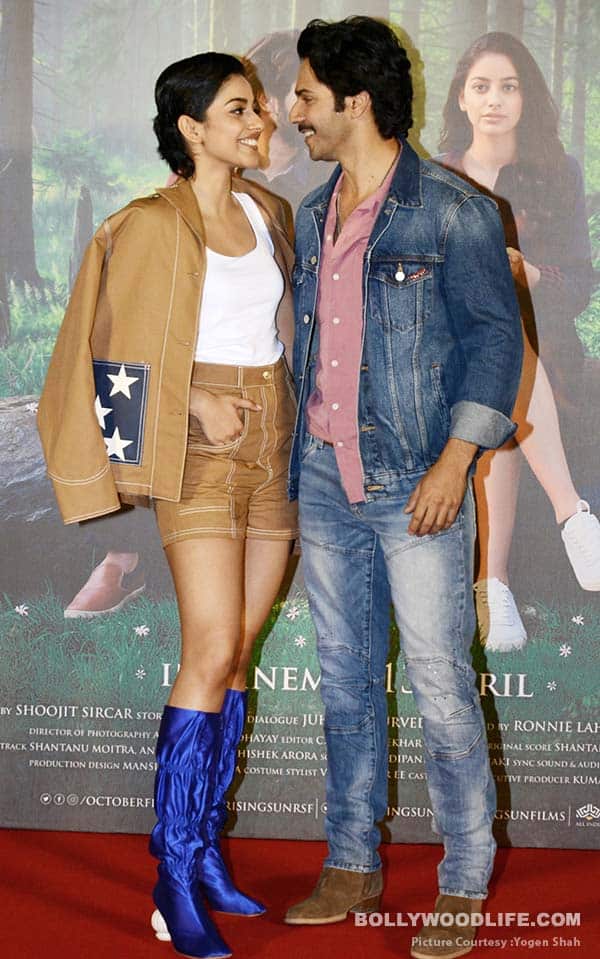 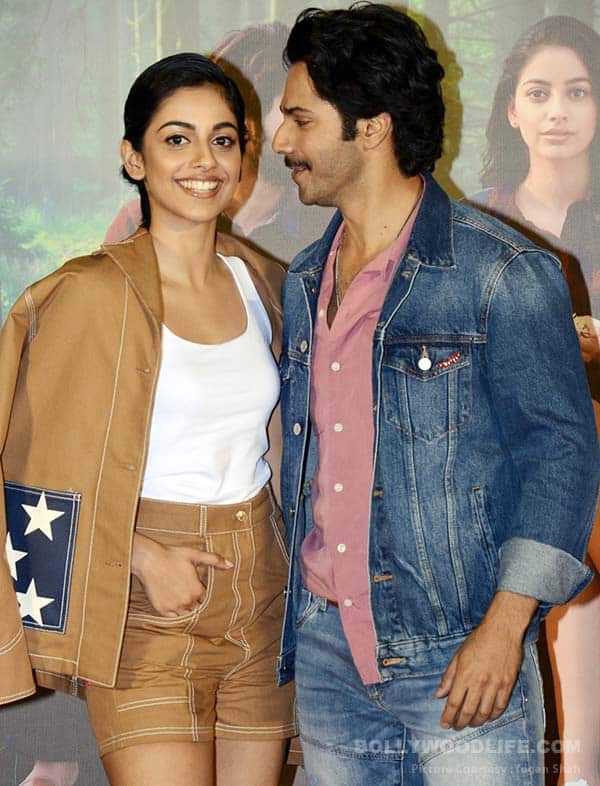 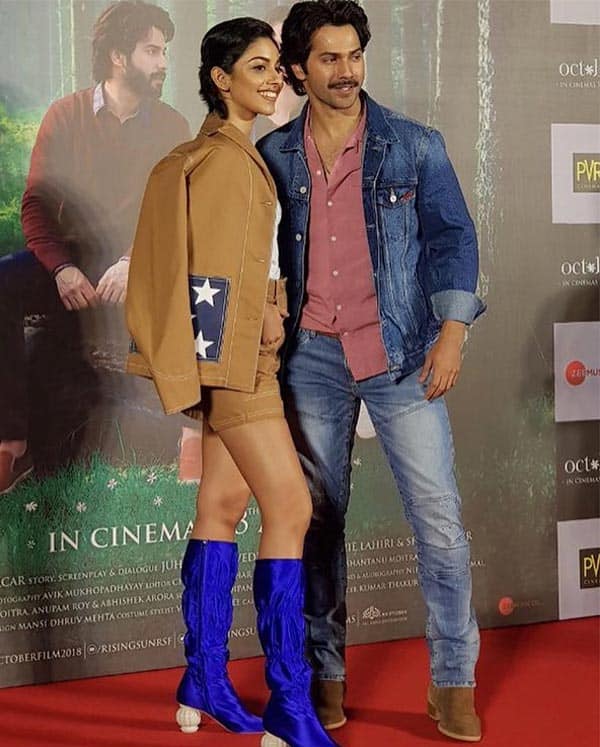 We earlier solved the case of the mysterious flower in Varun Dhawan's film. For Bengalis, this flower is quite significant. It blooms around the time of Durga Puja and thus, it’s quite special. In fact, it is considered as the signal that ‘pujo’ is here. The flower is called Shiuli in Bengali and it is this name that made us figure out why there was too much of Shiuli in October. In one of the scenes in the video, Varun bends over to check the urine bag that’s attached to the patient’s bed. The name reads, ‘Shiuli.’ So it wouldn't be wrong to assume that this is the name of Banita Sandhu in the upcoming film.