The legend cannot seem to get over the character Ranveer essaying in the Sanjay Leela Bhansali film!

Move over Khans, Ranveer Singh has officially arrived! No matter the bans or numerous protests that tried to bring down the Sanjay Leela Bhansali film, the film has gorged over Rs 100 crore worldwide. That’s quite a feat! Also Read - Radhe Shyam, Adipurush, Salaar and more: 5 updates about Prabhas’ upcoming films that have fans excited 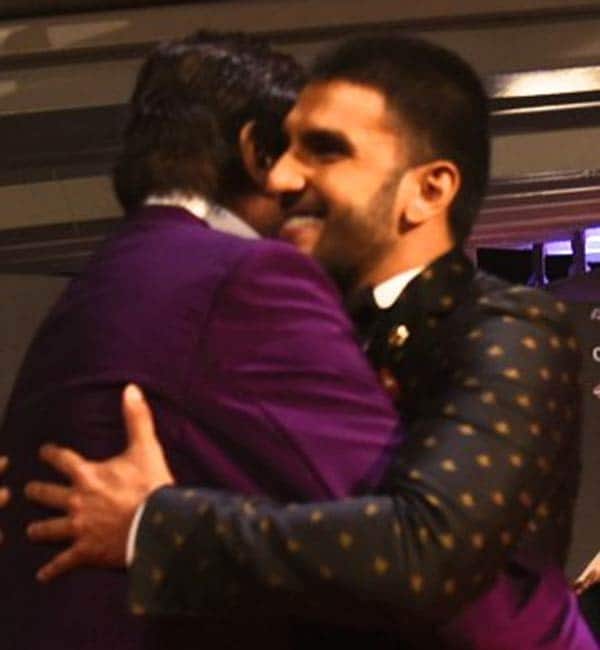 Sony Guild Awards was held last night and many Bollywood biggies graced the red carpet including the living legend Amitabh Bachchan. The veteran sat next to fresh star Ranveer Singh, who cannot seem to hide his excitement while meeting Big B. While everyone was still gushing over the pictures Ranveer posted, Big B took to his Twitter account and stunned us with his post. “Iska nasha nahin uttar raha .. Bajirao !!!” he mentioned in his post. Also Read - Priyanka Chopra to Samantha Akkineni, Shah Rukh Khan to Amitabh Bachchan: Craziest things actors have done to prepare for their roles

Amitabh and Ranveer both looked equally excited as both found fans in each other, while Ranveer was an all time fan of Mr Bachchan, the former found a new fan in Big B. Too cute isn’t it? 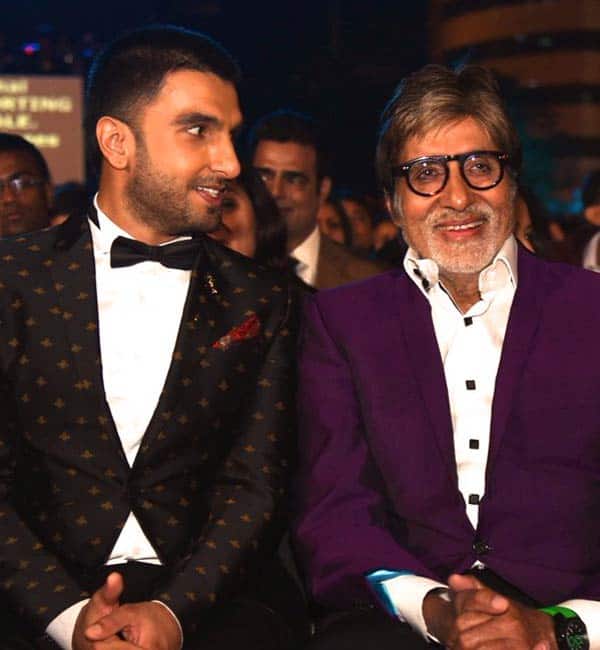 Looking at the style statement both managed to pull off, Amitabh was seen looking suave in a violet blazer with open collar white shirt. Ranveer on the other hand donned a polka dot blazer with black bow tie. Both upped their fashion game on the red carpet last night that saw big wins for the Bajirao Mastani and Bajrangi Bhaijaan cast.