On Karisma Kapoor's birthday, here's our ode to her sisterhood with Kareena Kapoor Khan

As Karishma Kapoor turns a year old, we cannot overlook how she and her sister Kareena Kapoor Khan have been the two fashion forces of the industry. On Lolo's birthday, we bring you 7 times she twinned with Bebo.

Karisma Kapoor was the first girl from the Kapoor khandaan to step into Bollywood. Never before had the illustrious royals of Hindi cinema introduced a female actor in the industry, and thus, Lolo was a pioneer in every sense. Soon Karisma's younger sister, Kareena Kapoor Khan followed her as well. Today the ‘K’ sisters are one of the most looked up sisters in the industry. Karisma ruled the roost in the 90s and early 2000s with over 50 films and countless cameos to her credit until the baton was passed to Kareena who is a superstar today. But till date, the sisters continue to cast a spell like no other star and rule millions of hearts. The supremely stylish duo dominates headlines with every Instagram post and fashion outing. As Karisma turns a year older today, we thought let's give an ode to their sisterhood. Also Read - When Jackie Shroff gave a BEFITTING reply to trolls for comparing son Tiger Shroff's look with Kareena Kapoor

Lolo and Bebo in their childhood
Guess the twinning game began back in their childhood days! Karisma strikes a smile with her baby sister Kareena as they sport a similar hairstyle. Also Read - Here's how the Kapoor family 'spoilt' Kareena Kapoor Khan-Saif Ali Khan's intimate wedding plans 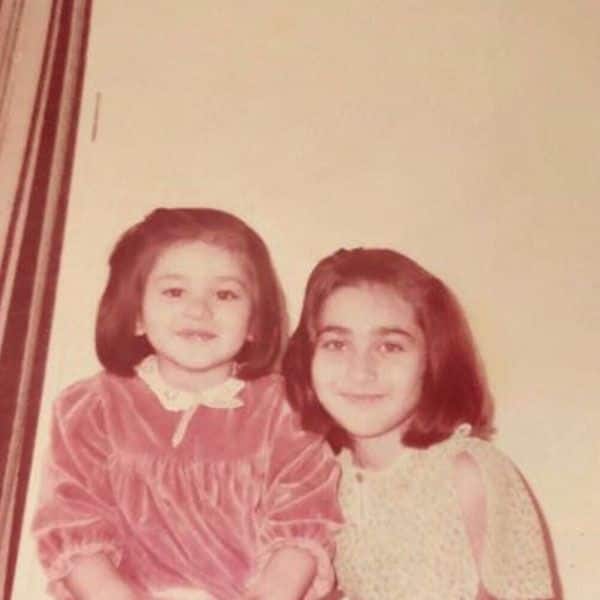 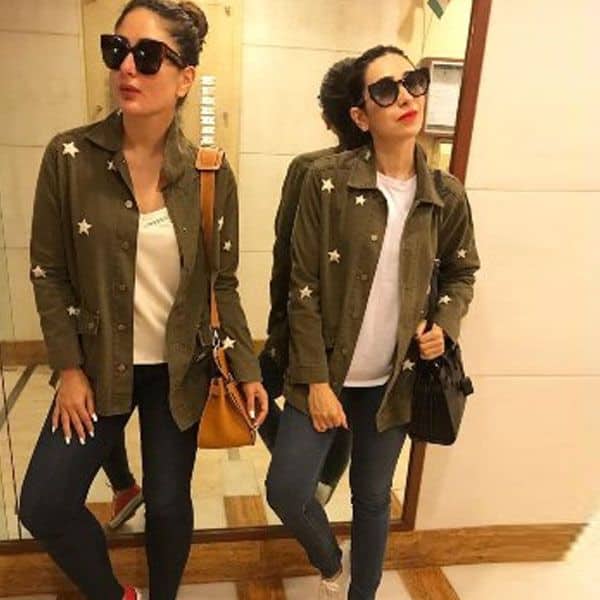 During the Ganeshotsav celebrations last year, the gorgeous ‘K’ sisters donned bewitching ethnic looks, twinning in yellow. Trust our little miss sunshine(s) to win the fashion game on every occasion! 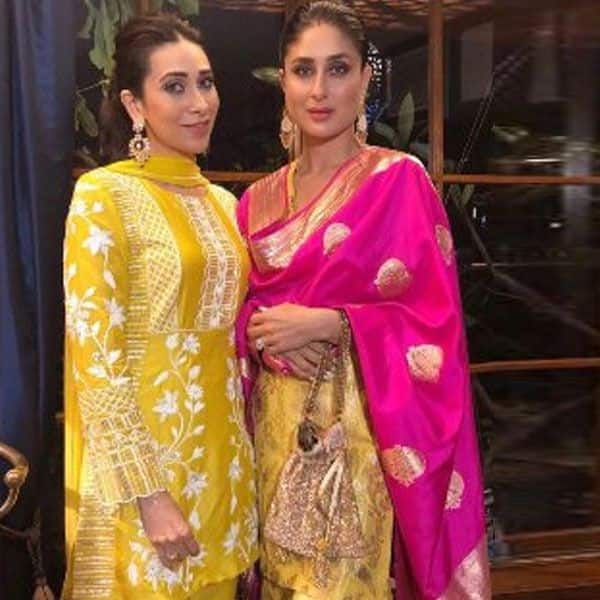 Karisma and Kareena at a party
We often see Karisma posting pictures with her darling Kareena. She shared this photo from a party where they both showed up sporting the same coloured-outfits. Sexy and we know it! 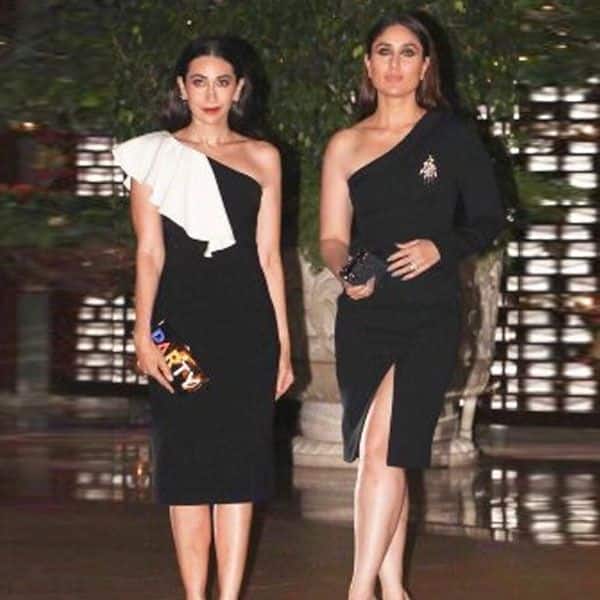 White is right, says Karisma
If you don’t twin with your sister co-incidentally, are you even siblings? That’s right, Lolo and Bebo showed that #whiteisright at the Ambani wedding last year. 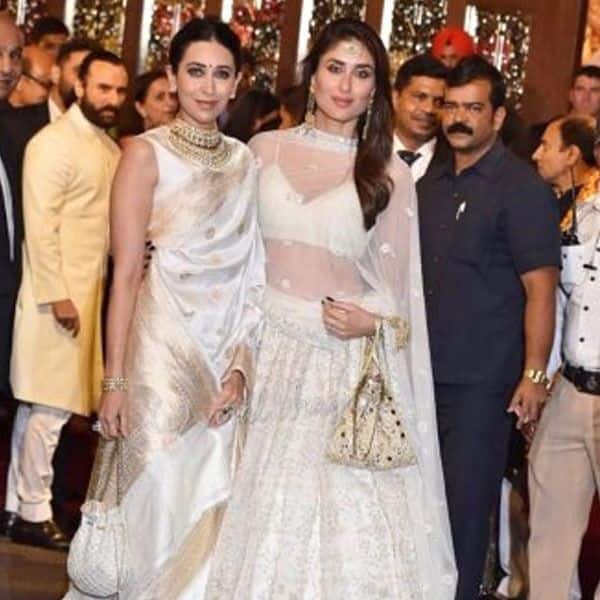 Fresh like a pillow with a mint on it
During the Lok Sabha 2019 elections earlier in the year, Karisma and Kareena cast their vote in respective polling booths wearing a similar summer look. Looking mint fresh, the sisters later met Rhea Kapoor and enjoyed some downtime. 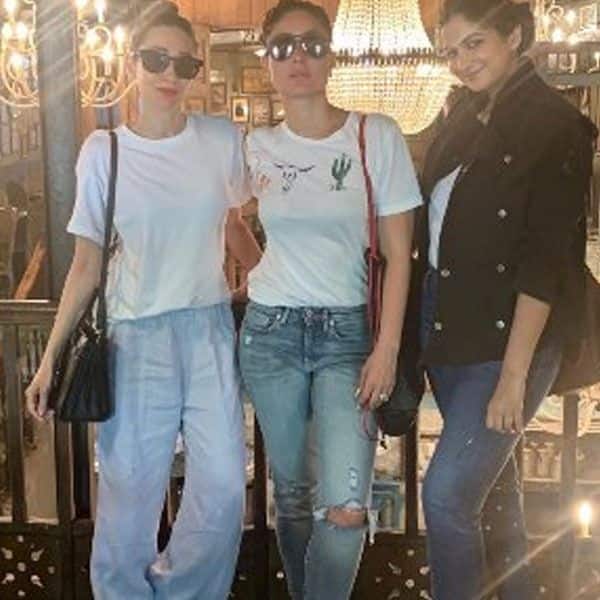 Bewitching in black
Karisma and Kareena are ringing the former’s big day in London where they are vacationing with their family together. Here’s a picture of the sisters from one of their recent parties from their UK holiday! Trust the ‘K’ sisters to make heads turn with everything they do. 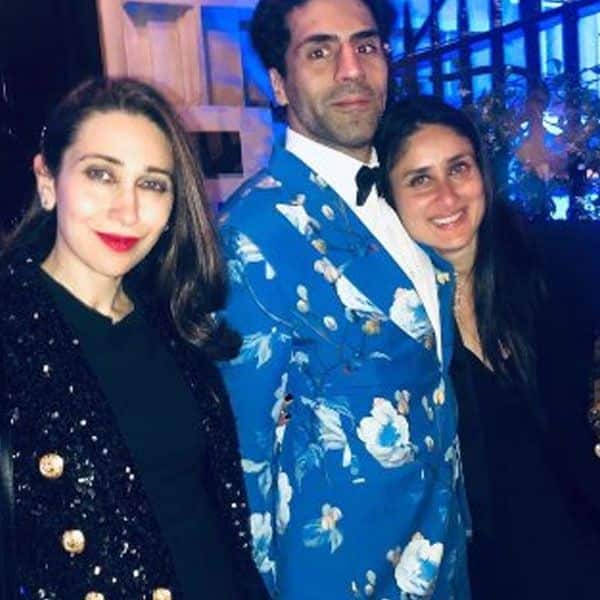