Earlier, Boney Kapoor had sat down for a puja at the tithi of Sridevi's death anniversary

Legendary actress Sridevi left us last year and we are still living with a large void that cannot be filled. It was disheartening for fans and admirers but extremely dismaying and painful for the entire Kapoor family, especially daughter Janhvi Kapoor who was about to make her debut in the world of showbiz with Dhadak. In fact, on her first death anniversary today Jaanu (as Sridevi fondly called her) shared an emotional note with a black and white phto on her Instagram and it was overwhelming in more ways than just one. Also Read - South News Weekly Rewind: Vijay Sethupathi joins hands with Vetri Maaran for Viduthalai, Vishnu Vishal and Jwala Gutta get married in Chennai

In fact, both Janhvi and sister Khushi are in Chennai to pay respects and perform a puja at the icon's residence. A special prayer was held and the duo looked like a reflection of their mother. Pictures of the same have emerged online and it will make your heart heavy. Also Read - AR Rahman's mother, Kareema Begum, passes away in Chennai 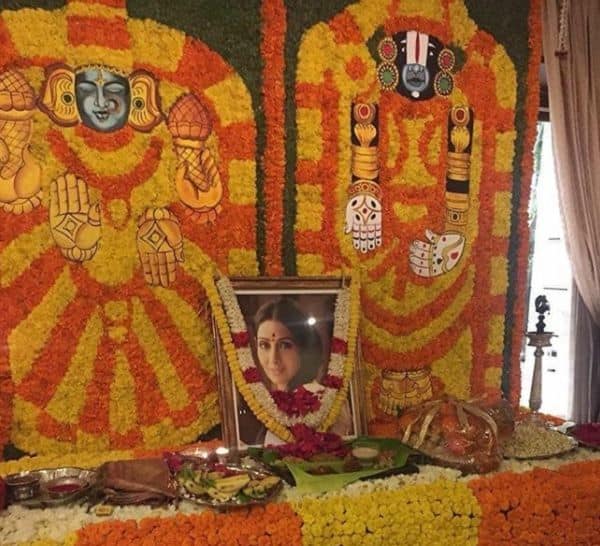 Earlier, Boney Kapoor who had also recently performed a puja on the tithi of her death anniversary has found a way to honour her memories in the most heart-warming way, by auctioning one of her favourite saris, a hand-worn kota sari for charity.