Oscar 2017: Priyanka Chopra looks every bit sexy in this black Michael Kors gown at the Vanity Fair after party

Priyanka Chopra sizzles in a black Michael Kors gown at the Vanity Fair Oscar 2017 after party.

Priyanka Chopra gets it right yet again at the Oscar 2017! After her kind-of-okay red carpet look, the actress got back in her glam avatar. She wore a black Michael Kors gown to the Vanity Fair after party and man did she look sexy! The gown perfectly accentuates her body and the frilled sleeves look even better. Not just on the sleeves but there are frills in a lot of places and it doesn't even look bad. The gown could have gone wrong but the actress handled it pretty well. We love how she did not over-accessorise and just pulled off the look with a pair of Lorraine Schwartz earrings. Her makeup and hair was exactly what we thought it would be. Also Read - Rajkummar Rao's Newton crashes out of Oscar race

She let her hair down and went for a subtle makeup. In all her red carpet and after party looks till now, Priyanka has hardly ever experimented a lot with her hair. She usually just ties it up, ties it in a low pony or lets her hair loose. But she still manages to look her best. While we were a tad bit disappointed with her Ralph and Russo gown at the Oscar's red carpet, this one made up for it. (ALSO READ: Priyanka Chopra at Oscars 2017: Desi girl dons a futuristic Ralph and Russo gown at the red carpet) Also Read - No one but Priyanka Chopra can carry a train so effortlessly – View pics 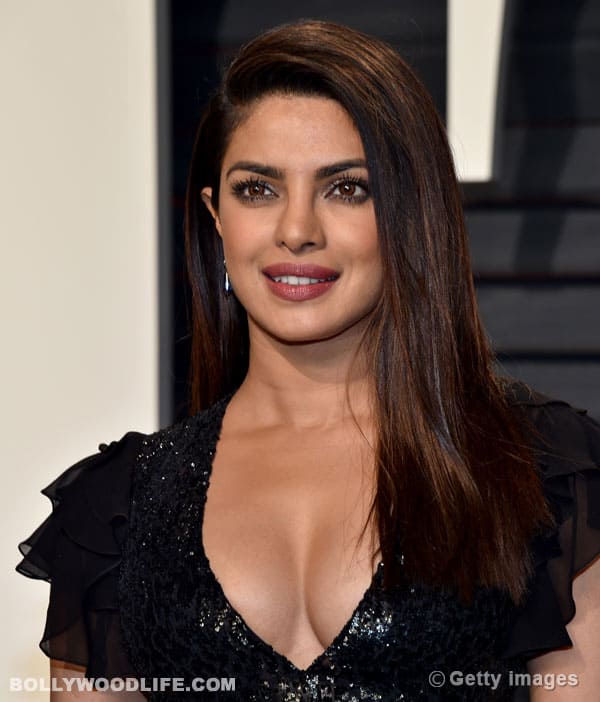 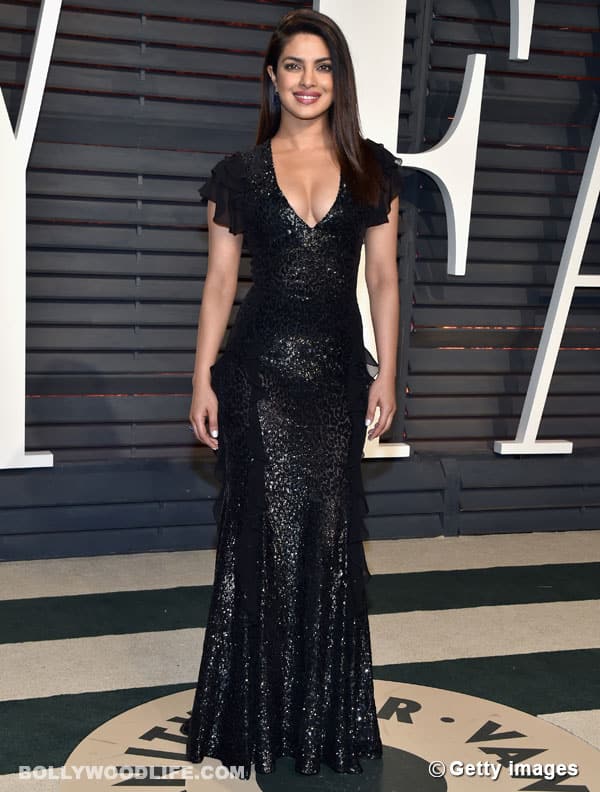 The Quantico actress did not present any award this time but ensured that she kills it on the red carpet. While Priyanka continues to impress us with her red carpet looks, Deepika Padukone disappointed us yet again. The actress skipped the main event but made it to the after party and the pre-Oscar dinner. She became a troll online for her pre-Oscar dinner outfit and her outfit for the after party was something we had already seen her in. What are your thoughts on Priyanka Chopra's look for the Vanity Fair Oscars after party? Post them in the comments below and stay hooked with us for more. (ALSO READ: Deepika Padukone looks STUNNING but we’ve seen this outfit on her before – view HQ pics)