Some killed it at the red carpet while some made me want to kill their stylists....

The Oscar Awards night was a glittery affair. The stars flocked to celebrate the best talent in Hollywood and of course they were dressed their best for the gala event. Some turn-outs were such stunners that they blew me away but some celeb style statements weren't up to the mark. Let's take a look at them all... Also Read - Naomi Watts pays tribute to her ex Heath Ledger on his 10th death anniversary - View pic

Jennifer Aniston: Looking sultry and much in love with her partner Justin Theroux, the Cake actress looked gorg in the Versace gown. The blow dried hair and the minimal make-up worked well. This lady just won't age, like ever! Also Read - After being Batman and Birdman, Michael Keaton turns into another 'winged' superhero/villain, Vulture for Spider-Man: Homecoming 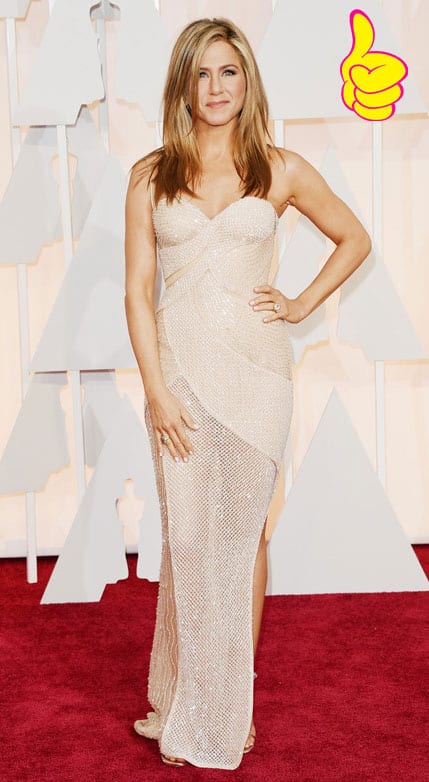 Jennifer Lopez: My best pick for the night was the pop icon in the Elie Saab couture gown. She looked super sultry in the cleavage-baring gown! She was turning heads at the red carpet for all the right reasons. 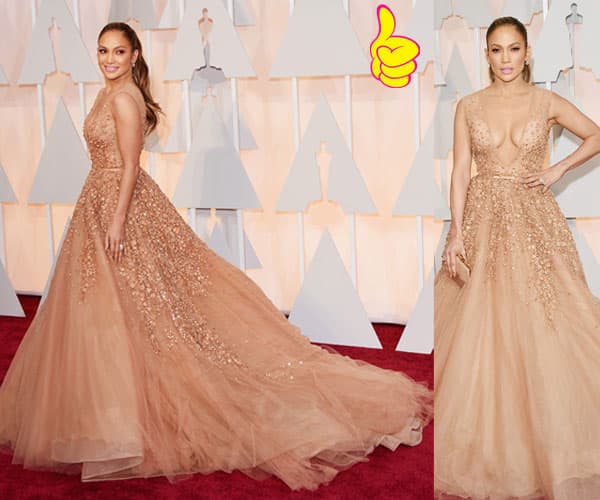 Jessica Chastain: A blue Givenchy dress accentuating her ample bosom was all it took for the Zero Dark Thirty actress to transform into a sexy diva at the red carpet. Absolutely love how she keeps it classy! 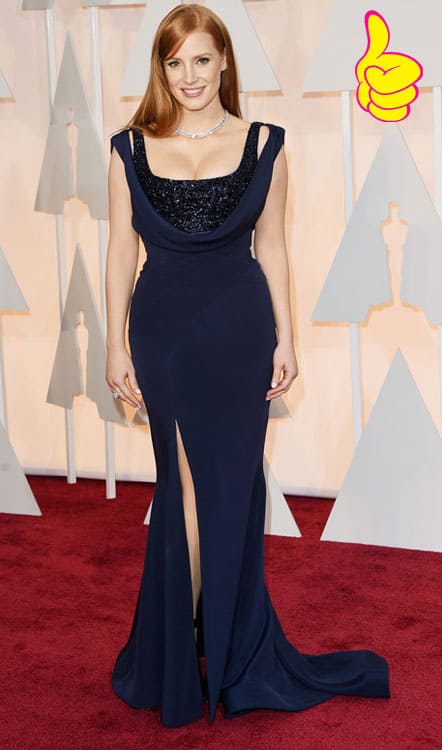 Rosamund Pike: Defining the phrase red hot in the Givenchy tube gown, the Gone Girl actress killed it at the Oscars. Also, OH MY GOD, that body is unreal! Don't you agree? 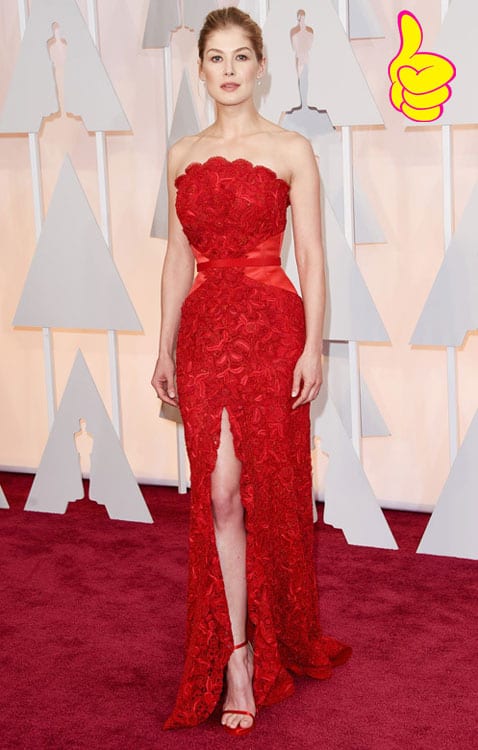 Scarlett Johansson: A feisty mohawk and a sparkly green choker neck-piece was inspiring on the Lucy actress. It couldn't get any sexier than that! 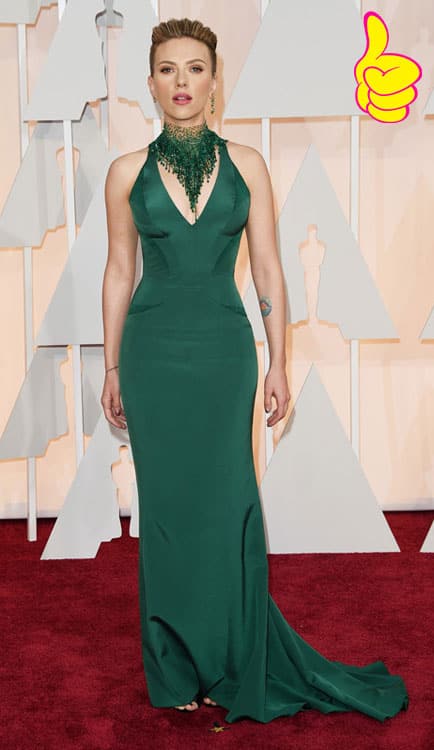 Meryl Streep: The Lanvin number which showed a hint of leg looked splendid on the Into The Woods actress. Hint of androgyny and all class! 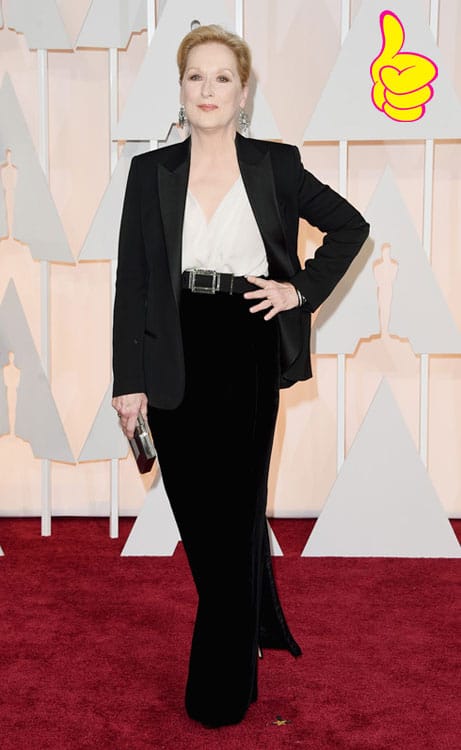 Lady Gaga: What could have been a flawless vision turned out to be a super fancy outfit for a fairy Godmother-ish cleaning lady, courtesy the red gloves. Is it okay to miss the times when Lady Gaga used to dress outrageously? 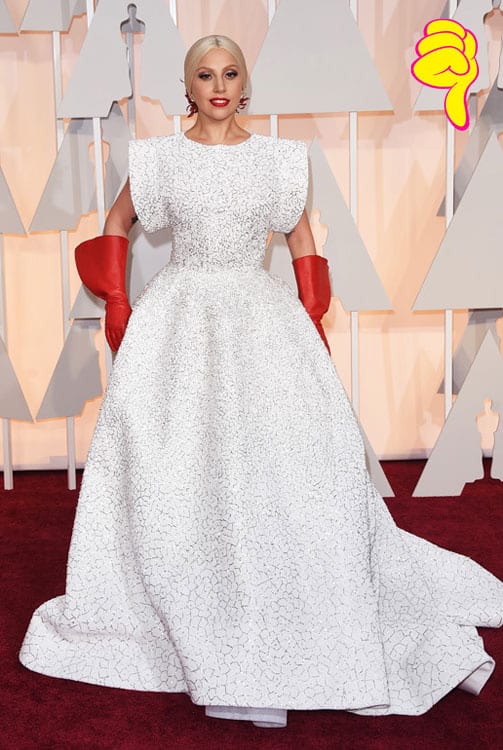 Emma Stone: Nope, I won't take this look from the Birdman actress. It was hard to believe that Emma wore that green Elie Saab creation to the red carpet and also suffered a wardrobe malfunction at its hands! You can do better, Stone! 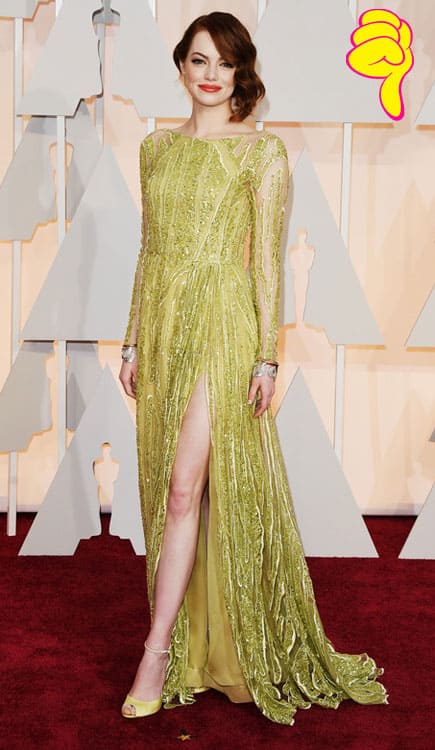 Will. I. Am: The preppy clothes are getting old and so is the rapper. Its about time he has this epiphany! 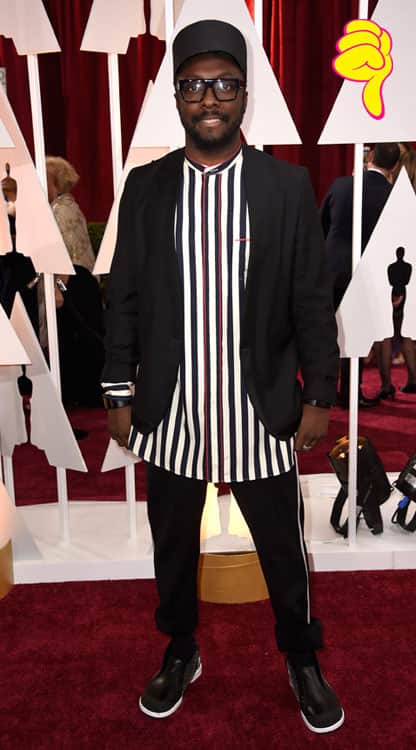 Solange Knowles: I agree that its hard to follow into the large footsteps of your sister Beyonce, and the Christian Siriano outfit Solange wore to the Oscars wasn't helping her. That is what is the opposite of "red hot"! 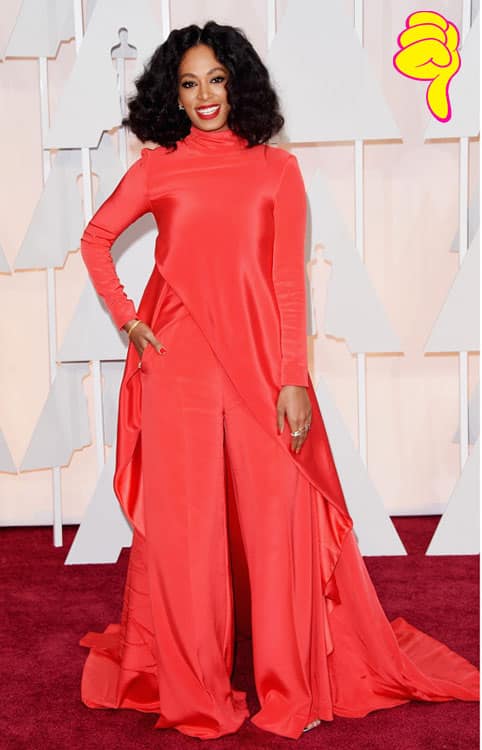 Lorelei Linklater: The Boyhood actress has a pretty face and if she dresses her age and doesn't try too hard, she'll go a long way! 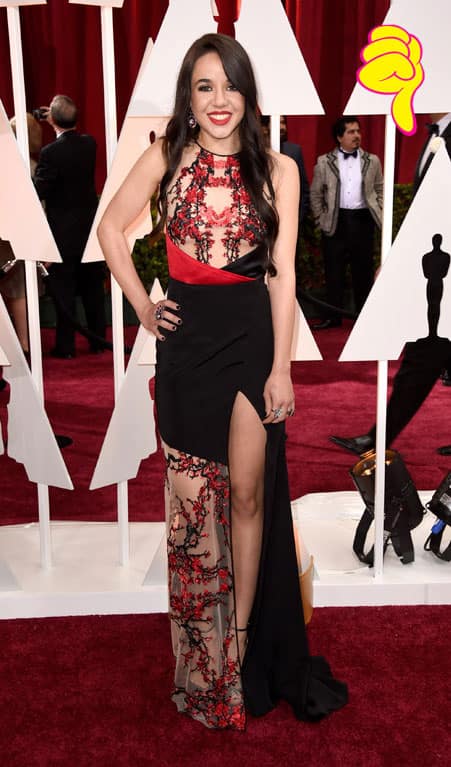 Dakota Johnson: The red Givenchy outfit was bland, just like the actress' Fifty Shades of Grey character, before all the kink enters the picture. A little kink was needed in this outfit too!