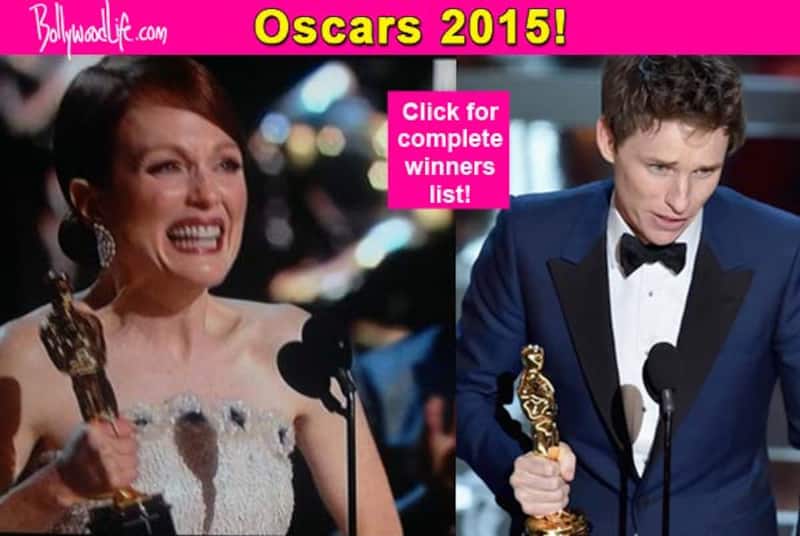 BollywoodLife brings you the complete list of winners at the 87th Academy Awards. Check it out!

From Selma and The Imitation Game to Birdman to Boyhood and The Theory of Everything, the kind of films that were up for Oscars this year were some of the finest movies in recent memory. There are no two ways about it. Also Read - RRR for Oscars: Makers of Ram Charan-Jr NTR starrer apply for 14 categories in the Academy awards [Read Deets]

Birdman and Boyhood battled it out for the night's highest honor, but ultimately it was Birdman that came away with the Best Film Oscar and the trophy for Best Director. See below for the full list of winners. Also Read - Trending Hollywood News Today: Deepika Padukone's bad experience in the US; Nora Fatehi to perform at FIFA World Cup and more

Best Actor: Eddie Redmayne, The Theory of Everything