Oscars 2017: Om Puri's family thanks the fraternity for paying a tribute to the first and the only Indian actor

This is really sweet of the Academy Awards to have acknowledged Om Puri as a Hollywood actor and paying homage to him. The awards that is taking place at Los Angeles, paid tribute to all the talents they lost in the recent times. Along with the Hollywood stars, they also paid homage to Om Puri, who we recently lost to cardiac arrest. Just yesterday, Hollywood lost yet another huge talent, Bill Paxton. At the Academy Award, a special tribute performance was held to remember the actors who the industry lost in the recent times. To announce the same, Jennifer Aniston was present. As she spoke about Bill Paxton, the actress couldn't help and broke into tears. The emotional actress pulled herself together and completed her speech before the performance started. The news of Bill Paxton's death was heartbreaking and the industry bereaved over the news. Also Read - Hrithik Roshan will come out of his shell and shine in 2019, predicts our Tarot card expert

Om Puri's family is overwhelmed with how Oscars decided to pay a tribute to the legendary Bollywood actor. They acknowledged the honour saying, "The only Indian actor to have worked consistently in Hollywood and British cinema for the last 25 years, without a fuss and letting his work speak for itself, today the Academy of Motion Pictures acknowledged his contribution at its 89th Awards. The first and only Indian actor to be acknowledged thus. Thank you Academy. Thank you everyone. We miss you Om. We miss you lots." Also Read - Happy birthday Hrithik Roshan! 7 times the actor proved that he is the right blend of rugged and classy

As they paid homage to all the celebrities who passed away recently, there was a still that had Om Puri as well. In case you guys didn't know, the late actor was a part of Hollywood film Ghost and the Darkness, which even to this day is lauded as one of the best films. It was an honour to see how the West mentioned Puri as they gave their tribute to the stars. Here's a still from the awards of Om Puri. Also Read - Throwback Thursday: These pictures of birthday boy Hrithik Roshan prove he was always a charmer 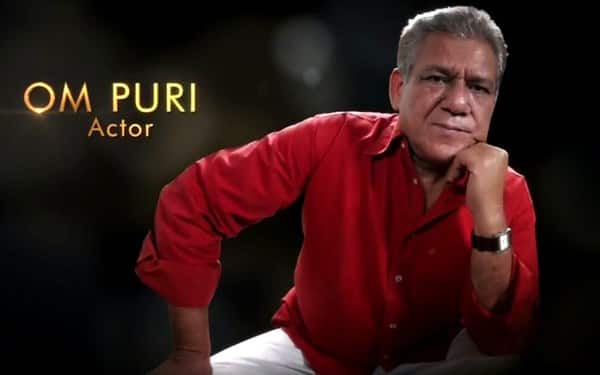 The actor was 66 when he passed away as he succumbed to a major cardiac arrest. The incident took place in his residence right after he returned from shooting. All the updates of the 89th Academy Awards is right on our site so make sure you stay tuned. Oh but do tell us what are your thoughts on this gesture by Hollywood as they pay their respect to the late Om Puri. Write in the comments section below.