Check out the stunners at the 90th Academy Awards

The 90th Academy Awards was a night to remember. Many Hollywood celebrities including Meryl Streep, Tom Holland, Sandra Bullock and Lupita Nyong'o graced Hollywood's one of the most prestigious event and made it a gala affair. And the evening that holds so much importance in an actor's career deserves nothing but the best. Many fashion critics believe that this year was unusually cheery and colourful than the previous ones. Majority of the Hollywood celebs stepped out in colourful attires and ditched the otherwise red carpet favourite black, to make the awards night a colourful affair. Unlike the Golden Globes awards where the celebs unanimously decided to opt for uniform dressing, Oscars saw least a dozen leading ladies and a handful of men in shades of white, including radiant blushes and creams, that further suggested new beginnings. And though we loved the over all red carpet outings this year, there were few who deserved a special round of applause and mention. The top stars who won our hearts with their red carpet outings at the 90th Annual Academy Awards are Gal Gadot, Meryl Streep, Jennifer Lawrence, Nicole Kidman, Margot Robbie and others. Let's elaborate on who wore what and how did they nail their red carpet outing. Also Read: Oscars 2018: Late actors Sridevi and Shashi Kapoor remembered at the biggest Hollywood awards night Also Read - Bloodshot movie review: The Vin Diesel starrer doesn’t offer anything new 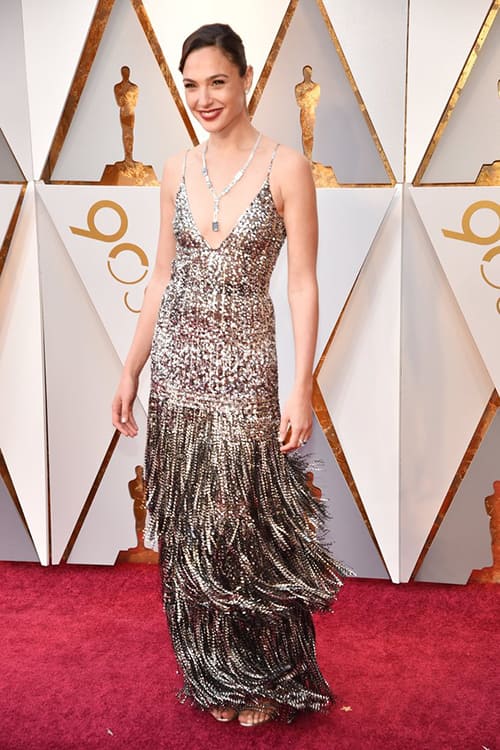 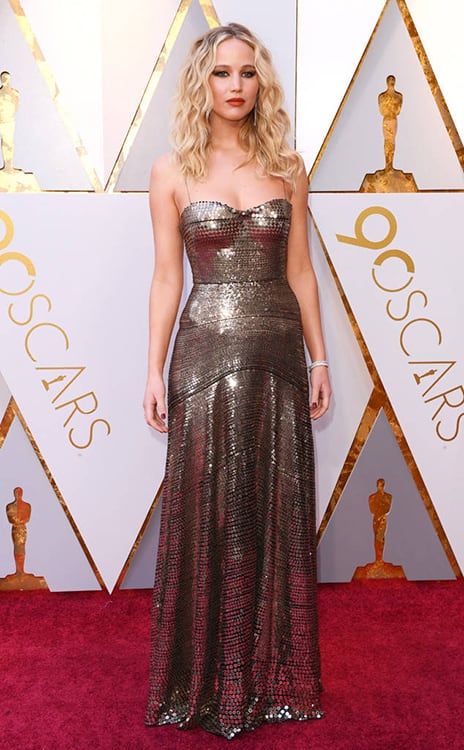 Jennifer Lawrence had the most amazing time at the 90th Academy Awards last night. She looked amazingly hot in her off-shoulder sequined gown designed by Dior. 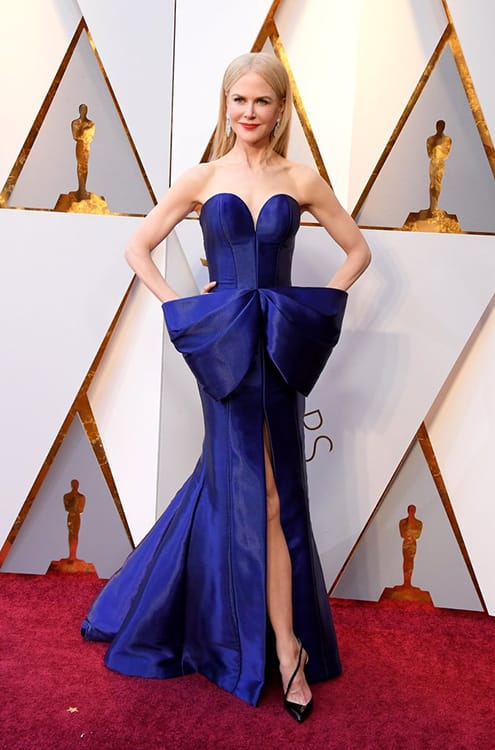 One of the Hollywood's fashionistas, Nicole Kidman rarely goes wrong with her fashion choices, especially on the red carpet. And her refined taste in fashion was on a display last night at the 90th Academy awards. She opted for a dramatic off-shoulder gown with a front high slit from Armani Prive. 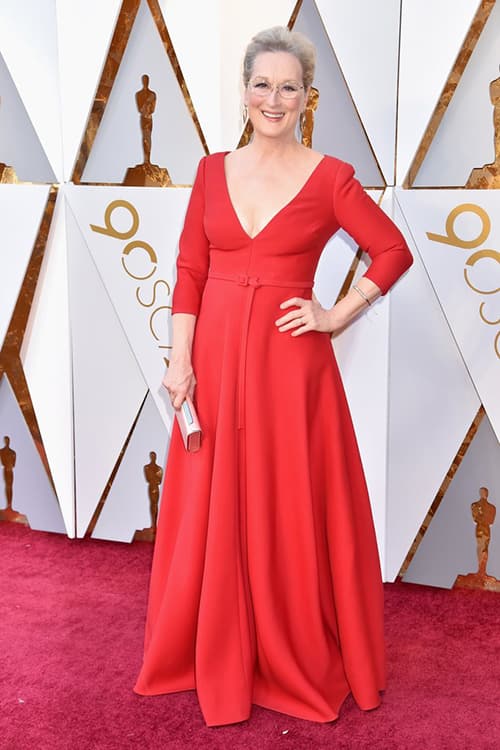 Hollywood's Iron Lady, Meryl Steep sure knows how to make statements. She opted for a crimson red maxi gown designed by Christian Dior at the 90th Academy Awards last night and we loved the way she carried such a bold colour. 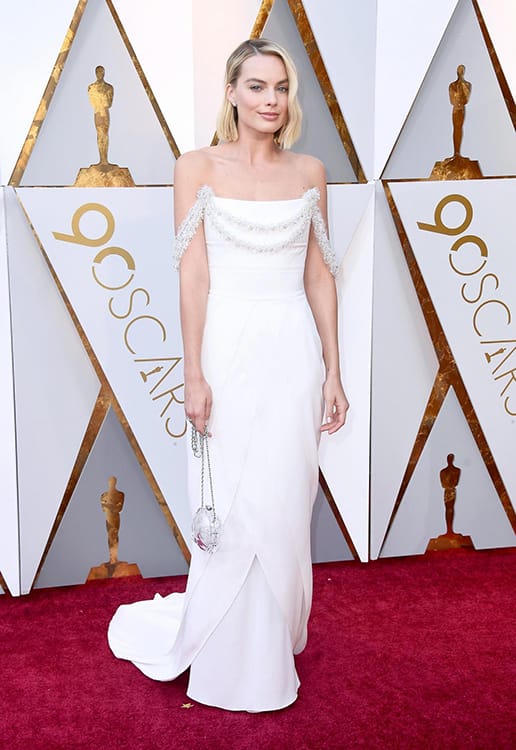 Margot Robbie proved a point that white is always right when she stepped out in a Chanel haute couture last night. The white off shoulder dress from the designer label was a perfect red carpet choice. 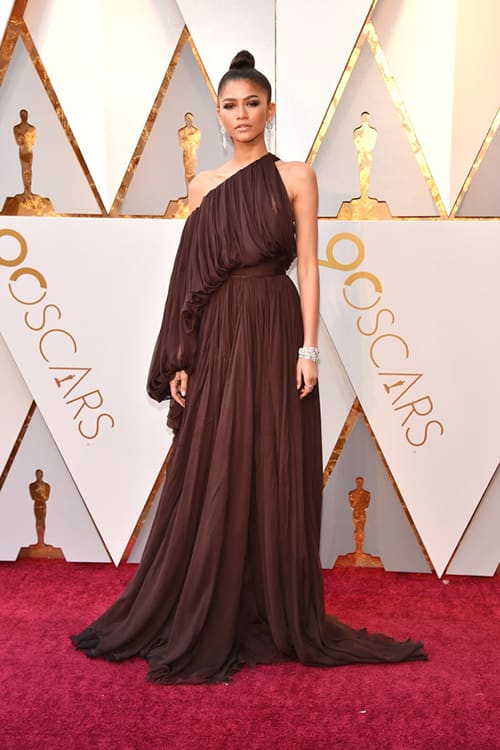 The American singer and actress opted for a one off -shoulder Giambattista Valli‎ Haute Couture at the 90th Academy Awards last night. 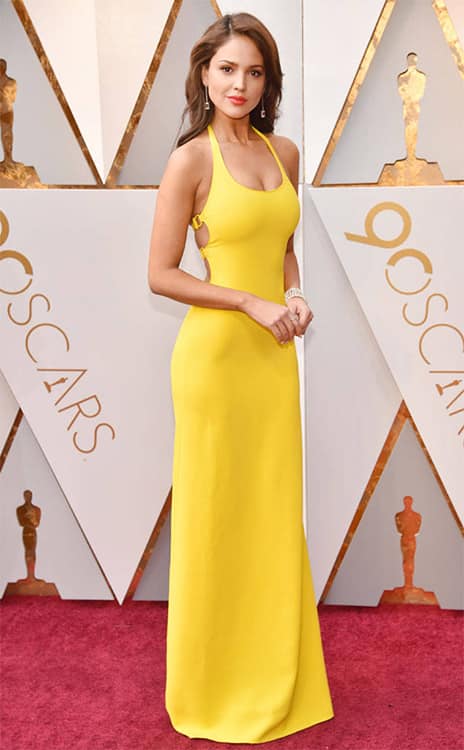 Yellow is not a red carpet's favourite colour but Eiza González sure knows how to get it right. The Baby Driver actress looked like a sunflower in her yellow Ralph Lauren creation. 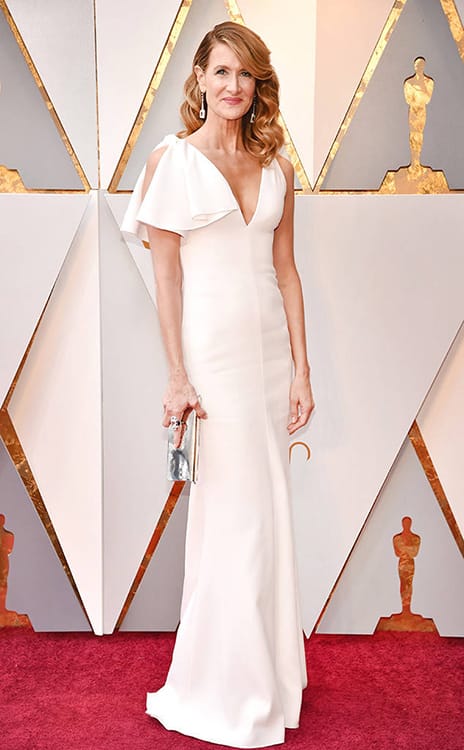 Laura Dern looked pretty in her white Calvin Klein maxi dress. The Wild actress was one of the few celebrities who chose white for their red carpet outing. 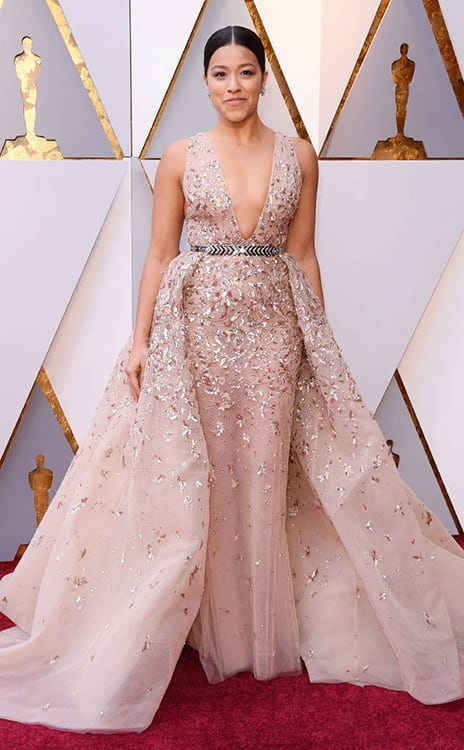 The Mentalist actress opted for a Zuhair Murad gown at the 90th Academy Awards last night. The nude embellished gown helped her create some waves at the red carpet. 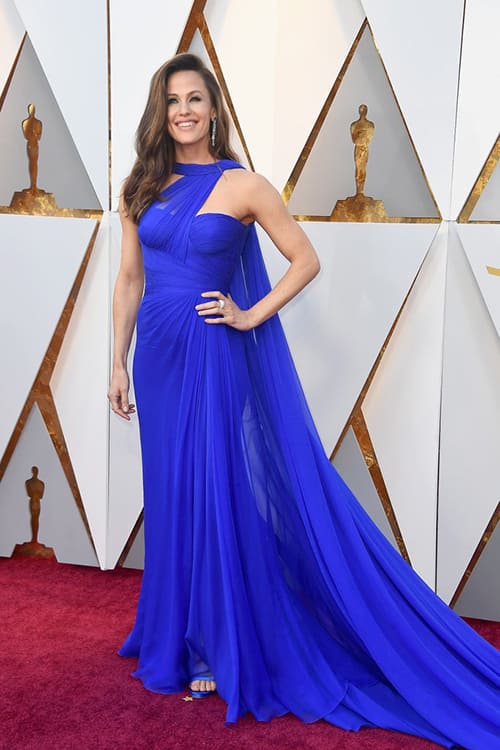 Jennifer Garner made heads turn at the 90th Academy Awards last night in her cobalt blue gown by Atelier Versace. We loved the unusual colour and yes, the silhouette too.