Ilaiyaraaja, 74, has composed over 5,000 songs in his career spanning over three decades

It was announced earlier in the year that the popular music composer Isaignani Ilaiyaraaja will be honoured with a Padma Vibhushan. Today, the Padma Awards took place at the Rashtrapati Bhavan in Delhi in the presence of President of India Ram Nath Kovind. The noted music composer was conferred with the award by him. The pictures from the event are now going viral on social media. Also Read - Tuesday Trivia: Did you know Ilaiyaraaja composed Kadhalin Deepam Ondru from Thambikku Entha Ooru on a hospital bed?

Padma Vibhushan is the second highest civilian award given out by the government of India. More than 15,700 people applied for the prestigious awards for 2018, with the government laying stress on honouring the unsung heroes. The nominations are placed before the Padma Awards Committee, constituted by the prime minister every year, which takes the final decision. Also Read - Punnagai Mannan Controversy: Kamal Haasan should apologise to Tamil star Rekha for non-consensual kiss in K. Balachander film, say fans

Ilaiyaraaja, 74, has composed over 5,000 songs in his career spanning over three decades across multiple languages. In his recent works, he has composed music for films like Paa and Cheeni Kum. Some of his most popular work from South Indian cinema includes, Thalatuthey vaanam in Kaadal Meengal, Poongathave thaazh thiravaai in Nizhalgal, Anthi mazhai in Rajaparvai, Ninaivo oru paravai in Sigappu Rojakkal, Kanmani anbodu in Guna. Also Read - Maestro Ilaiyaraaja comes on board for Vishal-Mysskin's Thupparivalan 2 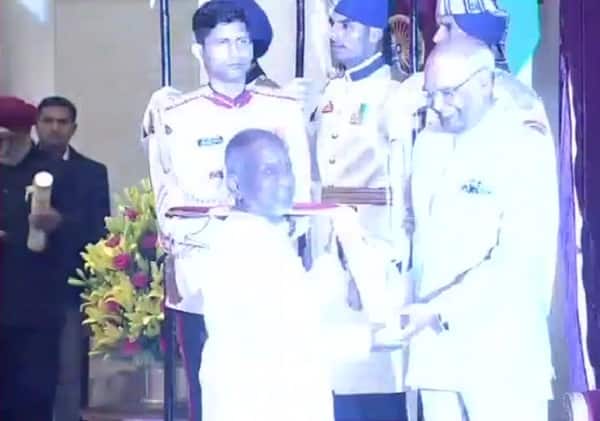 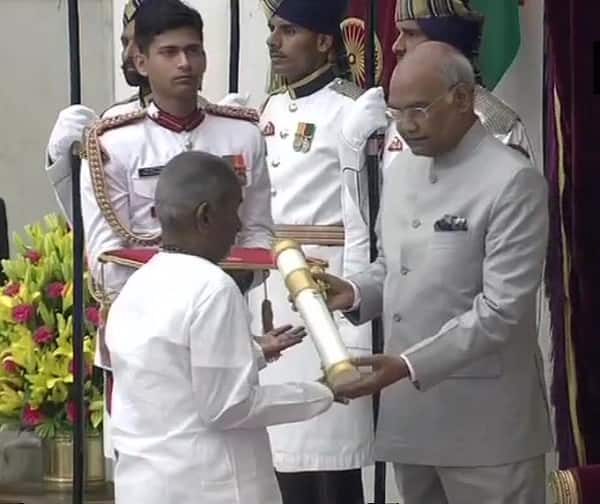 Before being conferred with Padma Vibhushan, he has won the National award four times. Ilaiyaraaja is also fondly called as Raja Sir. He had started his musical career with the 1976 film Annakili. He is also known to be the only music composer to have made music for more than 1000 films. Born Gnanadesikan, the maestro changed his name to Raja. Later during the release of Annakili, his name was changed to Ilaiyaraaja.