Padman making promo: Akshay Kumar and Twinkle Khanna take you on an inspiring journey of a mad man becoming a superhero - watch video 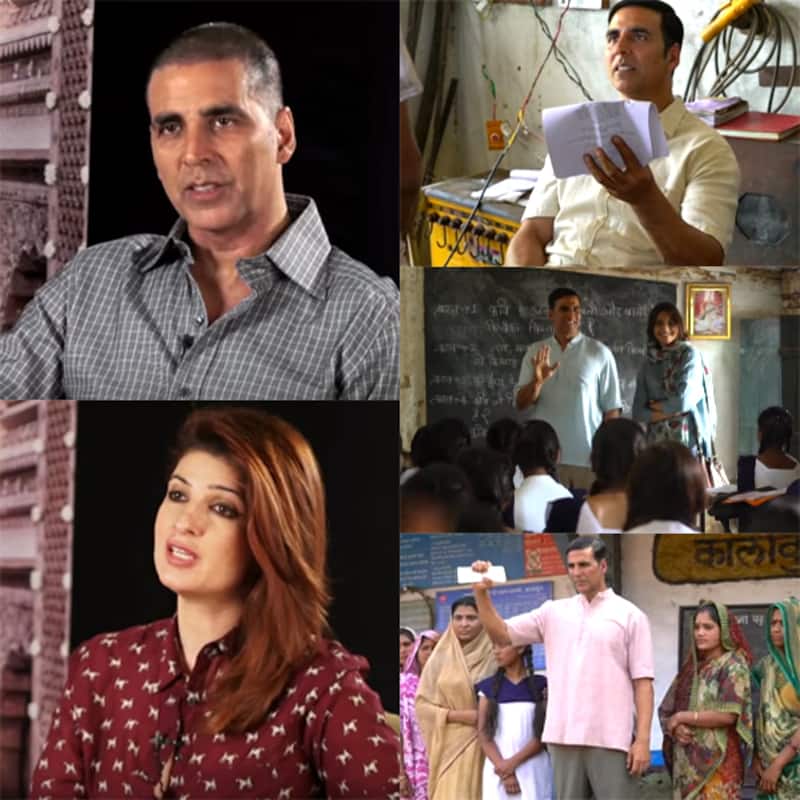 Akshay Kumar's Padman has created good buzz among the movie buffs thanks to its extraordinary trailer and great music. While the film explores the undiscussed topic of menstruation and sanitary pads, its lead actors Akshay Kumar and Radhika Apte along with producer Twinkle Khanna tell you how this concept and story attracted them and inspired to narrate this incredible journey through a film. The making video also showcases how Akshay Kumar sank into the character of a mad superhero which will definitely win our hearts after watching it on the silver screen. Also Read - Trending Entertainment News Today: Shehnaaz Gill breaks silence on sudden exit from Salman Khan's film; Taapsee Pannu's scuffle with paparazzi and more

Padman is based on the life of Tamil Nadu-based social activist, Arunachalam Muruganantham. Akshay Kumar portrays the central role in the film, who finds a way to make cheap, affordable sanitary napkins for the women in his village. The film also features Sonam Kapoor and Radhika Apte in key roles and is directed by R. Balki, who previously helmed movies like Ki And Ka, Shamitabh, Paa and Cheeni Kum. Well, this is not the first time when the actor has worked on a project that highlights social issues. Akshay Kumar’s last film Toilet: Ek Prem Katha, was a satirical drama which dealt with the problem of sanitation in rural regions.

Padman Vs Padmavat: Ram Gopal Varma is having fun on Twitter by cracking jokes on the clash

Also Read - Taapsee Pannu requests netizens to boycott her film Dobaaraa: 'I want to be in the same league as Aamir Khan and Akshay Kumar'

Like Baby and Airlift, Akshay Kumar has booked the Republic Day weekend for Padman. The film will hit the screens on January 25 and will lock the horns with one of the most controversial films of the recent times Padmavat, which is directed by Sanjay Leela Bhansali and features Ranveer Singh, Deepika Padukone and Shahid Kapoor in key roles. Looking at the mega-clash it seems there'll be huge box office battle between both the films but who will win this clash? Share your thoughts in the comment section below. Also Read - Akshay Kumar responds to boycott calls for Raksha Bandhan and Laal Singh Chaddha; says, 'Film industry helps Indian economy'