Akshay Kumar's Padman song Hu Ba Hu is out and it is really soulful - watch the video right here! 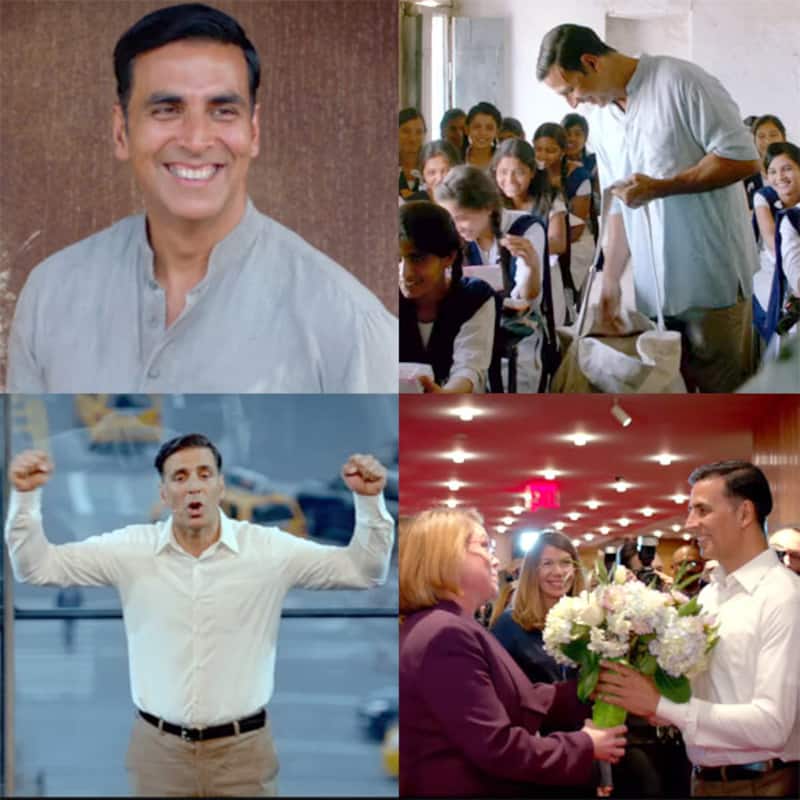 Akshay Kumar's Padman trailer has impressed one and all. The first song Aaj Se Teri also showcased us a glimpse of Akshay and Radhika Apte's adorable romance, but wait till you see the next number. The second song from the film - Hu Ba Hu has hit the internet and we have to say it is fantastic! Not only is it soulful and heartwarming, but inspirational too. In the song, Akshay Kumar sets out to change the world and steals our hearts with his innocence. Sung and composed by Amit Trivedi with vocals by Rajiv Sundaresan and Suhas Sawant and lyrics by Kausar Munir, Hu Ba Hu is a song that you would want to hear on loop. Also Read - Trending Entertainment News Today: Shehnaaz Gill breaks silence on sudden exit from Salman Khan's film; Taapsee Pannu's scuffle with paparazzi and more

In the song, we see how Akshay goes from schools to colleges to villages to cities and other states in India and tries to spread awareness about periods and sanitary pads. He provides free sanitary pads to several women and inspires them to live their life freely. He even tells them to spread the word and provide affordable sanitary pads to women across India. He even travels to America, where he gets a standing ovation for his work and his inspirational speech. Throughout all this Akshay stays down to earth and keeps learning and teaching himself new things, like English and much more. Check out the song here and share with us your thoughts about it in the comments section below! (ALSO READ - Padman Confessions 2: Akshay Kumar doesn't think Radhika Apte knows much about his films - watch video) Also Read - Taapsee Pannu requests netizens to boycott her film Dobaaraa: 'I want to be in the same league as Aamir Khan and Akshay Kumar'

Directed by R Balki and also starring Radhika Apte, Padman is about the real life story of an Indian activist on a mission to provide affordable sanitary pads to the poorest of poor women across the world. With the film all set to release this Republic day (January 26), stay tuned to BollywoodLife as we get you all the dope and updates about Padman right here. Also Read - Akshay Kumar responds to boycott calls for Raksha Bandhan and Laal Singh Chaddha; says, 'Film industry helps Indian economy'