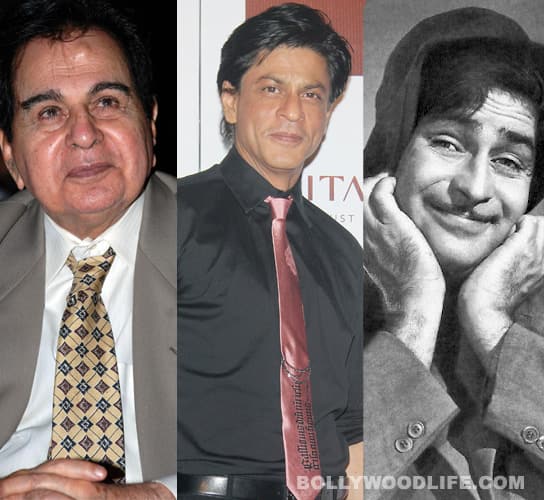 Pakistan has claimed Indian acting legends Dilip Kumar, Shahrukh Khan and Raj Kapoor as her own

The government of the Khyber Pakhtunwa region has acquired Dilip Kumar’s house in Mohallah Khudadad, Qissa Khwani bazaar, Peshawar for 3 crore Pakistani rupees (that’s Rs 1.6 crore in real money) and declared it a national heritage site. Dilip Kumar was born in the house as Muhammad Yusuf Khan and moved to Mumbai in the 1920s. The Khyber Pakhtunwa Minister for Culture and Information Mian Iftikahr Hussain said on the occasion that the “work of the legends of Pakistan, no matter wherever they were in the world, would be preserved and their deeds would be converted into documentaries for information and guidance of future generation.” He added, “Kumar or Yusuf Khan, was the son of Peshawar who has won the hearts of millions of movie lovers in Pakistan and India. The soil of KP, particularly Peshawar, was rich in talent, having produced great personalities in the field of performing arts like Kumar, Raj Kapoor, Shah Rukh Khan, Badar Munir, Firdous Jamal and Qavi Khan, who had millions of fans globally.” Raj Kapoor was also born in Peshawar, undivided India, and his ancestors hailed from the region. And though Shahrukh Khan was born in Delhi, his father, Taj Mohammed Khan, was from Peshawar. Also Read - From Raj Kapoor's Awara crossing Rs. 1 crore to Baahubali 2 crossing Rs. 1000 crore – here's every MILESTONE of Indian cinema at the box office

While it is admirable that Pakistan has taken this step in restoring and preserving Dilip Kumar’s house as a national heritage site, it’s perhaps time that the Indian government took similar steps to preserve our own film heritage. Ambika Soni, Union Minister of Information and Broadcasting, had announced plans for an Indian film museum to coincide with the centenary of Indian cinema in 2013, the venue being the extensive Films Division premises at Peddar Road in the heart of Mumbai. That project seems to be dragging its feet and one hopes that the finished product will not be a shoddy rush job like the Commonwealth Games fiasco in Delhi, if indeed it is completed on time. Also Read - Yeh Jawani Hai Deewani, 3 Idiots, Veer Zara and more — Here's a list of Bollywood films shot at iconic Indian locations capturing the stunning beauty

Meanwhile, Aamir Khan has returned from a break in Kashmir. It’s the first time he’s been to the Kashmir Valley since he shot Mann there in 1998, though he shot for 3 Idiots in Ladakh. This being Aamir, speculation is rife that one of his future films may be shot in Kashmir and the perfectionist Khan has called for Bollywood to return to the Valley to shoot. Aamir is also the brand ambassador for Indian tourism and the next Incredible India campaign is likely to be shot there. Also Read - From Shah Rukh Khan-Deepika Padukone to Salman Khan-Katrina Kaif: 5 superhit pairs who'll be reuniting on screen – view pics