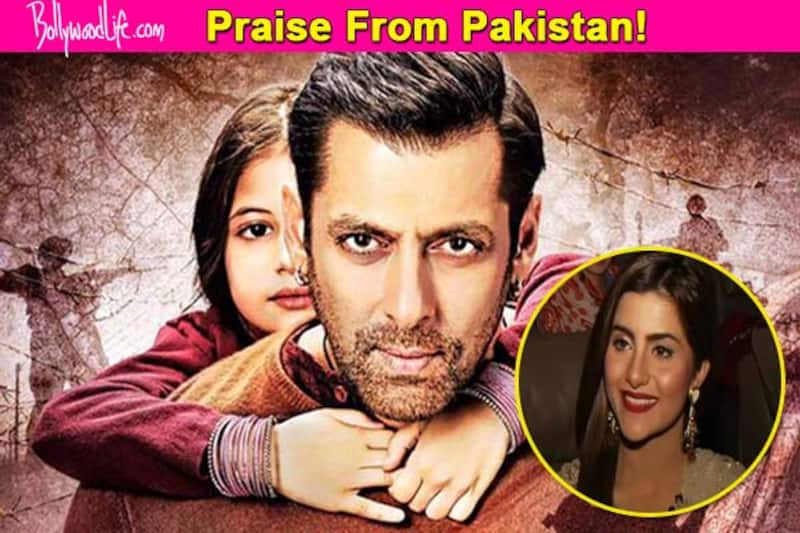 It's not just the nation taken over by the Salman mania!

That Salman Khan's Bajrangi Bhaijaan is a super hit is obvious from the fact that the film has not only set cash registers jingling but also broken many a records at the box office. The film, which has been garnering rave reviews from audiences and critics back home, has also impressed people from across the border. And the newest to be taken over by the Bajrangi Bhaijaan Mania is Pakistani actress, Sohai Ali Abro. Also Read - Aishwarya Rai Bachchan refused to join Ponniyin Selvan team on The Kapil Sharma Show because of Salman Khan? Here's the truth

Sohai considers herself very lucky as her film Wrong Number, released the very same day, Salman's BB did. Talking about the same the actress told a leading entertainment portal that she is a huge Salman fan and that she loved Bajrangi Bhaijaan absolutely. SHe said, "I went on the third day of Eid because I could not wait. It mad me laugh, it made me cry, it was so good. It was so amazing." Also Read - Rashmika Mandanna makes Salman Khan groove to Pushpa song Sami; fans want them in a film together [Watch Video]

The gorgeous actress even went on to say that Salman Khan is one actor whom everybody in Pakistan loves very much. Also Read - Bigg Boss 16: Fahmaan Khan wishes Imlie co-star Sumbul Touqeer for Salman Khan show; 'Aag hai tu'

Well, looks like Salman's intention to bring the two nations closer, did work to an extent after all. Checkout out Sohai talking about the film...