Rumours of Pamela Anderson and Wikileaks founder Julian Assange dating are doing the rounds but is it true?

This comes as a bit of a shock that Pamela Anderson and Julian Assange are an item as it was rumoured that the Baywatch babe tried to kill the Wikileaks founder! But well, looks like there's love in the air for these two! It has recently been noticed that perhaps sparks have flown between Pam and Asaange. In the past few months, the actress was spotted visiting him at the Ecuadorean Embassy in London five times! And each time, she upped her hotness game in the fashion aspect, say sources. It is believed that the duo are dating while Julian is stuck in the Embassy. A politico was quoted telling DailyMail.co.uk, "She seems to be wearing sexier outfits every time she visits." Also Read - What’s cooking between Karan Johar and ace designer Prabal Gurung? Find out

The first time she met Assange was in 2014, at his residence. Known to be a social activist, the actress/model approached him, asking to support her trust that backs victims of sexual abuse. Also Read - Sushmita Sen confirms dating Rohman Shawl, squashes wedding rumours, all while performing some insane acrobatics and we are in awe - watch video

Recently though, things are getting pretty serious between the two as Anderson's visits have become more frequent. In the past four months, the diva was spotted at Asaange's residence in the Embassy five times! Since October, the actress has been maintaining a steady visit to her rumoured beau. And with each time, she was seen looking sexier and with more novelty for Assange. Very recently, she was spotted in January outside his place. Earlier in December, she was clicked with dinner for her rumoured boyfriend. She walked into the Embassy with a bag full of Whole Foods groceries. Basically, she has been spotted carrying a lot of dinner date kinda items for him. Also Read - Arjun Rampal and alleged girlfriend Gabriella Demetriades twin in denims-and-whites as they step out for a lunch date 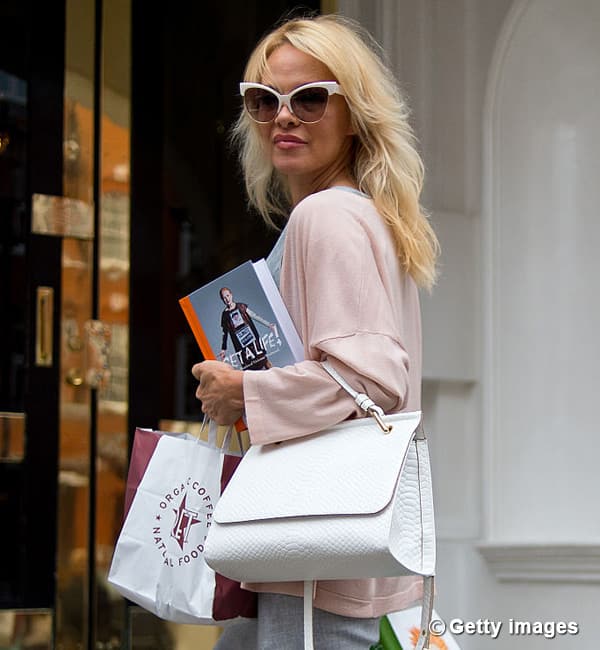 The notorious Wikileaks founder has set camp in the Ecuadorean Embassy over the big controversy relating to the 2010 leaks that took place. He is wanted in Sweden over rape allegation, which he has consistently denied. The US wants him extradited since he managed to bring out quite a lot of secrets of the nation. It comes across as a surprise for us because there were some bizarre rumours stating that Pamela actually tried to poison Julian during her visits. But looks like its just another date for them!

Anyway, let's wait for Pam's official response to these rumours! Stay tuned to this space for hot scoop and latest updates.