Panga diaries: This new picture of Kangana Ranaut from the sets raises our excitement for film 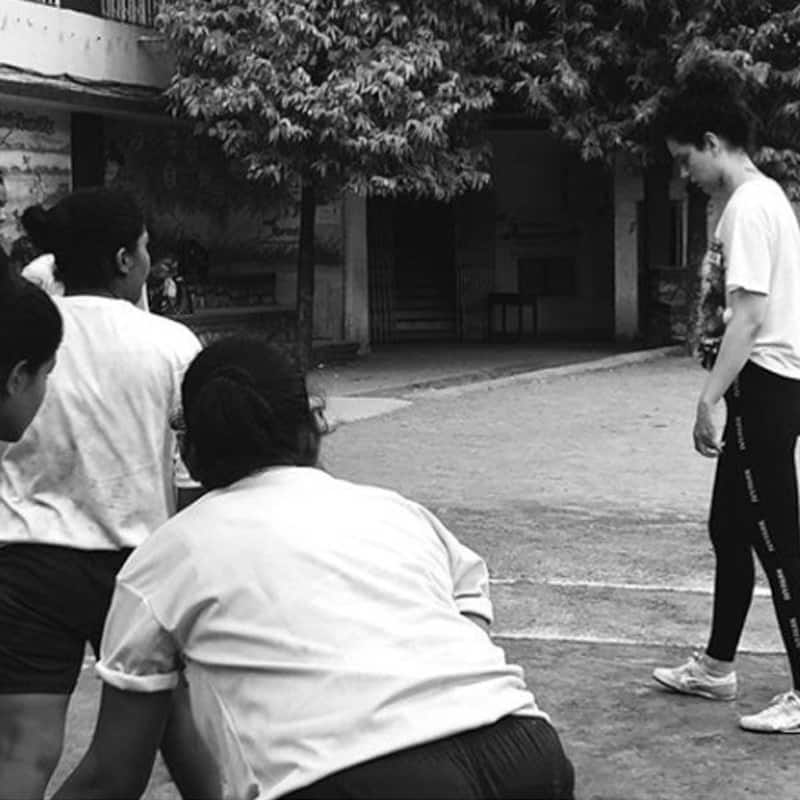 After spreading her magic at Cannes 2019, the versatile actress of Bollywood, Kangana Ranaut is back in town and resumed the shooting of Panga. While we are excited to watch this heartland story on the silver screen, filmmaker Ashwiny Iyer Tiwari has raised our anticipation for the film by sharing the on-location picture, where Kangana Ranaut is seen playing Kabaddi and is completely focused on the game. She captioned the picture, "We are gearing up. And it is all heart. #pangastories #panga #kabaddi #gameofIndia #24Jan2020" Also Read - Koffee with Karan 7: Shah Rukh Khan, Salman Khan, Kangana Ranaut and more celebs who haven't confirmed but whom we'd love to see on Karan Johar's show

Panga, which is directed by Bareily Ki Barfi helmer Ashwiny Iyer Tiwary is Kangana Ranaut's second Republic Day weekend release after Manikarnika: The Queen of Jhansi, which released this year and clashed with Nawazuddin Siddiqui's Thackeray. Talking about Panga, it narrates the story of female kabaddi players and the problems they face. It also stars Neena Gupta, Jassi Gill, Richa Chadha and Pankaj Tripathi in key roles and produced under the banner of Fox Star Studios. It will lock horns with Varun Dhawan and Shraddha Kapoor's Street Dancer 3D at the ticket windows.

We are gearing up. And it is all heart. #pangastories #panga #kabaddi #gameofIndia #24Jan2020

Meanwhile, Kangana Ranaut will be next seen in Mental Hai Kya. It is directed by National award winning Telugu filmmaker, Prakash Kovelamudi, who is making his Bollywood debut with the film. Prakash is known for helming films like Bommalata and Anaganaga O Dheerudu. The film is written by Kanika Dhillon and is produced under the banner of Balaji Motion Pictures. It also features Rajkummar Rao and Amyra Dastur in key roles. The film is scheduled to hit the screens on July 26. Anyway, are you excited for Panga? Tweet to us @bollywood_life. Also Read - What to watch on OTT this weekend: Samrat Prithviraj, Dhaakad, Stranger Things 4 Vol. 2 and more movies and web series you can binge-watch