If you are in it for Chris Pratt and Jennifer Lawrence necking each other in space, then Passengers could be an okay date movie for you. 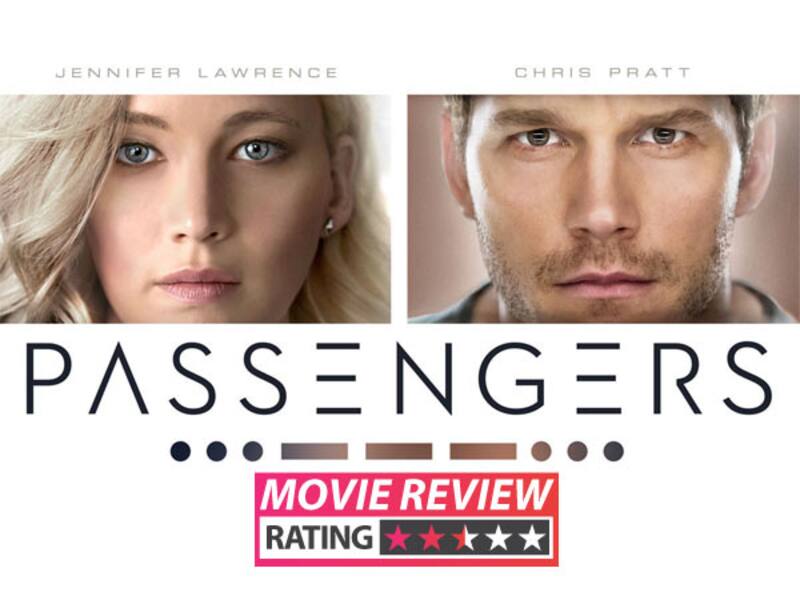 Passengers, the big movie that starts off Hollywood fanfare for movie buffs in India at the start of 2017, is a very exciting proposition. It has two best-selling and very popular leads in Chris Pratt and Jennifer Lawrence, cast opposite each other for the first time. It is directed by Morten Tyldum, known for his Academy Award-nominated work in the 2014 movie, The Imitation Game. The trailers were all looking cool, so it has the potential to emerge a blockbuster. But then the movie released in US of A in the last week of December to not so glowing reviews, and average box office response. Also Read - Trending Hollywood News Today: Jennifer Lawrence addresses gender pay gap, BTS Busan Concert in trouble and more

Now that the movie has released here, let's check out how Passengers would appeal to us Indians... Also Read - Jennifer Lawrence, Oscar winner and one of Hollywood's biggest stars, reveals she'll 'never be paid as much as men because of her vagina'

In the distant future, Earth is overpopulated, so a company called Homestead takes people to a faraway planet called Homestead II. The passengers are put on a cryosleep for 120 years to complete their journey. A technical glitch on one such spaceship forces Jim Preston (Chris Pratt), a mechanic back on Earth, to wake up 90 years before he was supposed to. Frantic and worried at first when he learns about the gaffe, he slowly accepts his horrifying fate that he will die alone on the ship. Goaded by the ship's android bartender (Michael Sheen), he tries to use the facilities of the ship to live his remaining life fullest, but soon loneliness catches up with him within a year. In his desperation, he wakes up another passenger Aurora (Jennifer Lawrence), after getting obsessed with her profile. The consequences of his deceitful decision is what the rest of the movie is all about.

Technically, Passengers is a really beautiful movie filled with some great visuals and a pair of good looking leads. The movie had a great potential in its story - what happens when you find yourself alone in space and you had the opportunity to have the company of another at great moral risk. The earlier scenes of Jim being alone on that ship is both fascinating and scary at the same time. You can also just not miss the Titanic references ('the ship can't have hibernation failures', 'we are stranded on a sinking ship'). Even the set pieces look good, especially the scene involving a gravity-less swimming pool. When things look down, the presence of the hottest stars around in Pratt and Lawrence, with their scorching chemistry do try to elevate things. Michael Sheen also shines in his brief role as the android, who is quite in acceptance of his life purpose, wiping glasses all its machine life.

The problem with Passengers is that it tries to attempt three genres in one movie - an existential survival drama, romance and thriller - but doesn't do a good job at hopping between them. Though the initial portions are engaging, once Aurora wakes up, falls for Jim, learns about his treachery and the entire tension-building finale, make for a humdrum narrative thanks to a very predictable screenplay. I guess we should blame the casting of Lawrence and Pratt, the two very reasons I am in the theatre watching Passengers, as the makers chose to make it safe rather than take the riskier path. Their chemistry can't save their romantic scenes look nothing more than daftly written scenes out of a Nicholas Sparks book, with dialogues not worth remembering. No matter how likeable Chris Pratt is as a star, his character comes more of as creepy than affable, while Lawrence is stuck with a character that doesn't allow the Academy Award winning actress to breathe properly. The late appearance of Laurence Fishburne looks like an unwanted addition to the script, and his exit hardly makes us feel for the character. Even the climax goes for a happy ending when a gutsy alternative would have made it end with a hard-hitting impact. There is a poignant scene in the movie where Auror sees clips of her friends back on Earth, wishing her farewell, knowing they will never see her again. This was one of the many brilliant but very underutilized themes that the director had in the movie, about how we are leaving our loved ones behind in pursuit of better avenues. Or for the matter, Jim's moral conflict over playing God with Aurora's fate - so underwritten.

If you are in it for Pratt and Lawrence necking each other in space, then this could be an okay date movie for you. However as a movie that has infinite possibilities like the space its characters are travelling in, Passengers will leave you very much underwhelmed and bored.