Shah Rukh Khan, Deepika Padukone, and John Abraham's film that released on January 25 in theatres has been leaked online. Here's what happened. 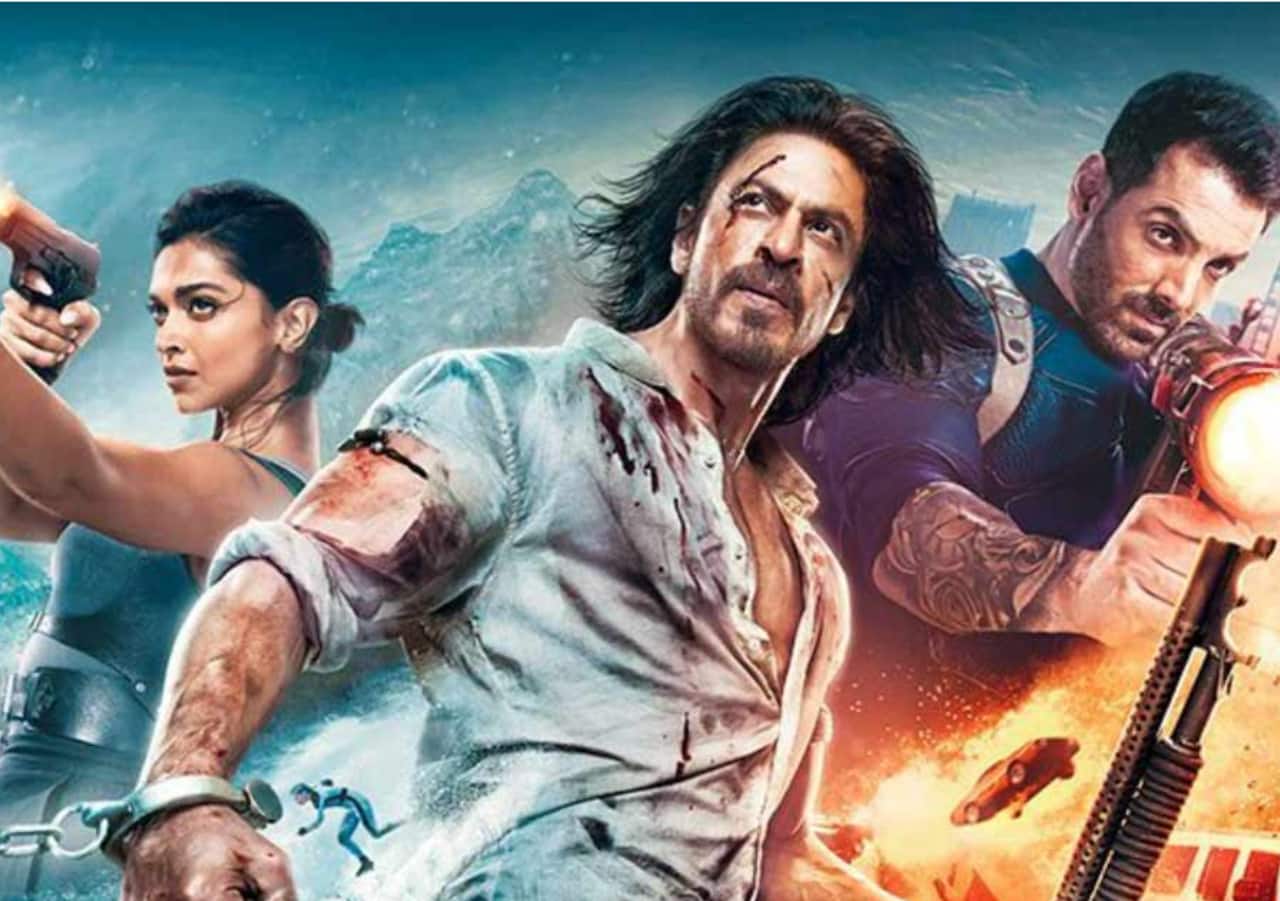 Shah Rukh Khan, Deepika Padukone, and John Abraham's action-thriller film Pathaan is one of the most-awaited films of 2023. The film is directed by Siddharth Anand and is produced by Aditya Chopra, and Alexander Dostal. The film is reportedly made on a budget of Rs. 250 crores. Well, there is bad news for all Shah Rukh Khan fans out there. Pirates are gonna pirate. Well, despite an anti-piracy plea from the makers of Pathaan, the movie has been illegally released online a day before its official release (January 25). The film will release in over 100 countries and is expected to get a bumper opening with a booking selling over Rs 5 lakh tickets on its first day. The film has been leaked online and is available to watch on Filmyzilla and Filmy4wap as reported in Times Now. While one website describes the version as a camrip while others it has been mentioned it as a pre-DVD rip. Also Read - Pathaan: Deepika Padukone reacts to Katrina Kaif’s shoutout to the film; foes turn friends?

The makers along with producers Yash Raj Films have urged fans to watch the film in cinemas and have warned them against the leaked footage recorded from the big screens. YRF tweeted saying, 'All set for the biggest action spectacle? A humble request to everyone to refrain from recording any videos, sharing them online, and giving out any spoilers. Experience Pathaan only in cinemas'. Also Read - Pathaan Quick Movie Review: Shah Rukh Khan, Deepika Padukone, John Abraham deliver a delightful extravaganza

All set for the biggest action spectacle? A humble request to everyone to refrain from recording any videos, sharing them online and giving out any spoilers. Experience #Pathaan only in cinemas!
Book tickets for #Pathaan now - https://t.co/SD17p6wBSa | https://t.co/cM3IfW7wL7 pic.twitter.com/HmlEKuT6Wj

Shah Rukh Khan and others requested fans to watch Pathaan in theatres. These celebs took to their twitter handle and urged fans. Also Read - Pathaan: Shah Rukh Khan to heavily promote film down South after release?

Celebrate #Pathaan with #YRF50 only at a big screen near you, in Hindi, Tamil and Telugu. @deepikapadukone | @thejohnabraham | #SiddharthAnand | @yrf pic.twitter.com/F8UDM6Pz1I

Celebrate #Pathaan with #YRF50 only at a big screen near you on 25th January. @iamsrk | @deepikapadukone | #SiddharthAnand | @yrf pic.twitter.com/cMF03eLLle

Celebrate #Pathaan with #YRF50 only at a big screen near you, in Hindi, Tamil and Telugu. pic.twitter.com/lKJoPszLsG

No spoilers, no images, no videos please. Please support the battle against piracy and report any accounts that post any such thing. ?? pic.twitter.com/bqLnCNJ1oO

Pathaan has already been roaring at the box office even before its official release. On the work front, Shah Rukh Khan will spread his magic on the big screens after 4 years post-Zero failure. The actor did a caemo role in Ayan Mukerji's fantasy-drama film Brahmastra. In Pathaan, SRK will play the lead role of an agent who will tackle an unprecedented terror threat. Both, SRK and Deepika Padukone will be seen fighting hard with terrorist leader Jim, played by John Abraham. Shah Rukh Khan has Jawan and Dunki in his kitty.