Pathaan Shah Rukh Khan took to social media to share a shirtless picture, and his wife Gauri Khan's reaction to it is hilarious. Read on to know more... 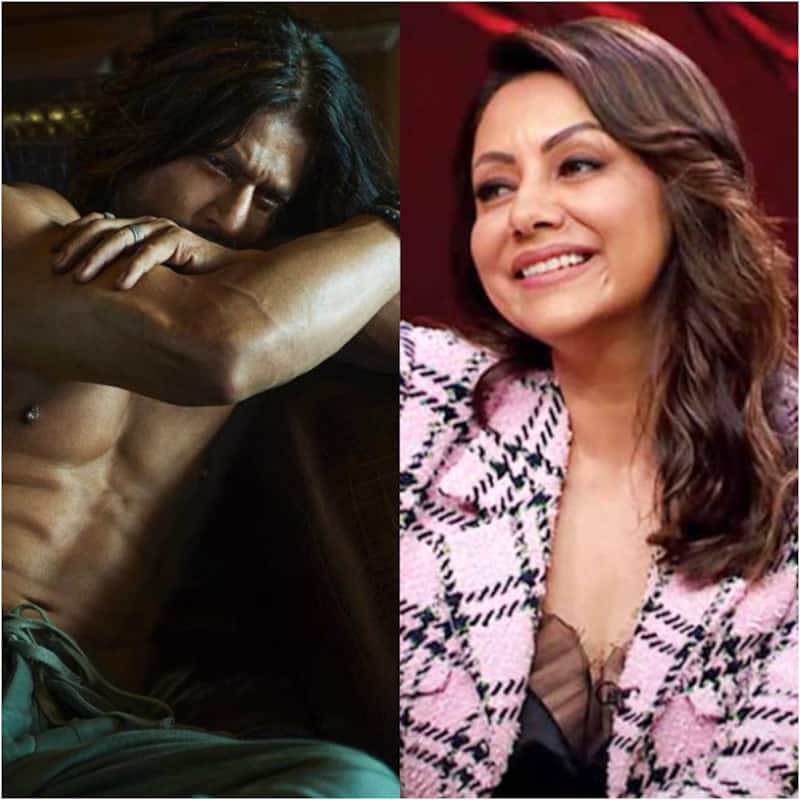 Shah Rukh Khan starrer Pathaan was trending on social media on Sunday, and to join the trend, the superstar treated his fans with a shirtless picture. Well, he looked super hot in it and his fans were going gaga over his chiseled body. Many Bollywood celebs like Tiger Shroff, Bhumi Pednekar, and others commented on SRK’s post, but his wife Gauri Khan’s comment grabbed everyone’s attention. Gauri wrote something hilarious in the comment section and it will surely make you laugh out loud. Also Read - Pathaan actor Shah Rukh Khan to Ayushmann Khurrana: Bollywood actors and their weird habits will make you go WTH

Shah Rukh Khan in the caption wrote a conversation that he would have with his shirt. So, Gauri commented on the post, “Oh God! Now he’s talking to his shirts also…..!!!!” We must say that te sense of humour of SRK and Gauri is just perfect. Also Read - Pathaan star Shah Rukh Khan reveals real reason behind his acting hiatus and it's not related to film failures

Tiger Shroff commented, “I was thinking of taking a rest day. And then i saw this. Legend.” Also Read - Shah Rukh Khan performs Umrah in Mecca; pictures and videos go viral

Shah Rukh Khan was last seen in Brahmastra in which he had a cameo. The actor will make his comeback as a lead with Pathaan which is slated to release on 25th January 2023. The movie also stars Deepika Padukone and John Abraham, and it is directed by Siddharth Anand.

2023 is going to be a Shah Rukh Khan year as he has three films slated to release. Apart from Pathaan, he will be seen in Jawan and Dunki. Jawan, which also stars Nayanthara in the lead role, is slated to hit the big screens in June 2023; and Dunki, which stars Taapsee Pannu as the female lead, will release on Christmas 2023. SRK’s fans are excited about all three films, and it is expected that these movies will rule at the box office. Shah Rukh Khan's last release as a lead was Zero which had failed to make a mark at the box office.