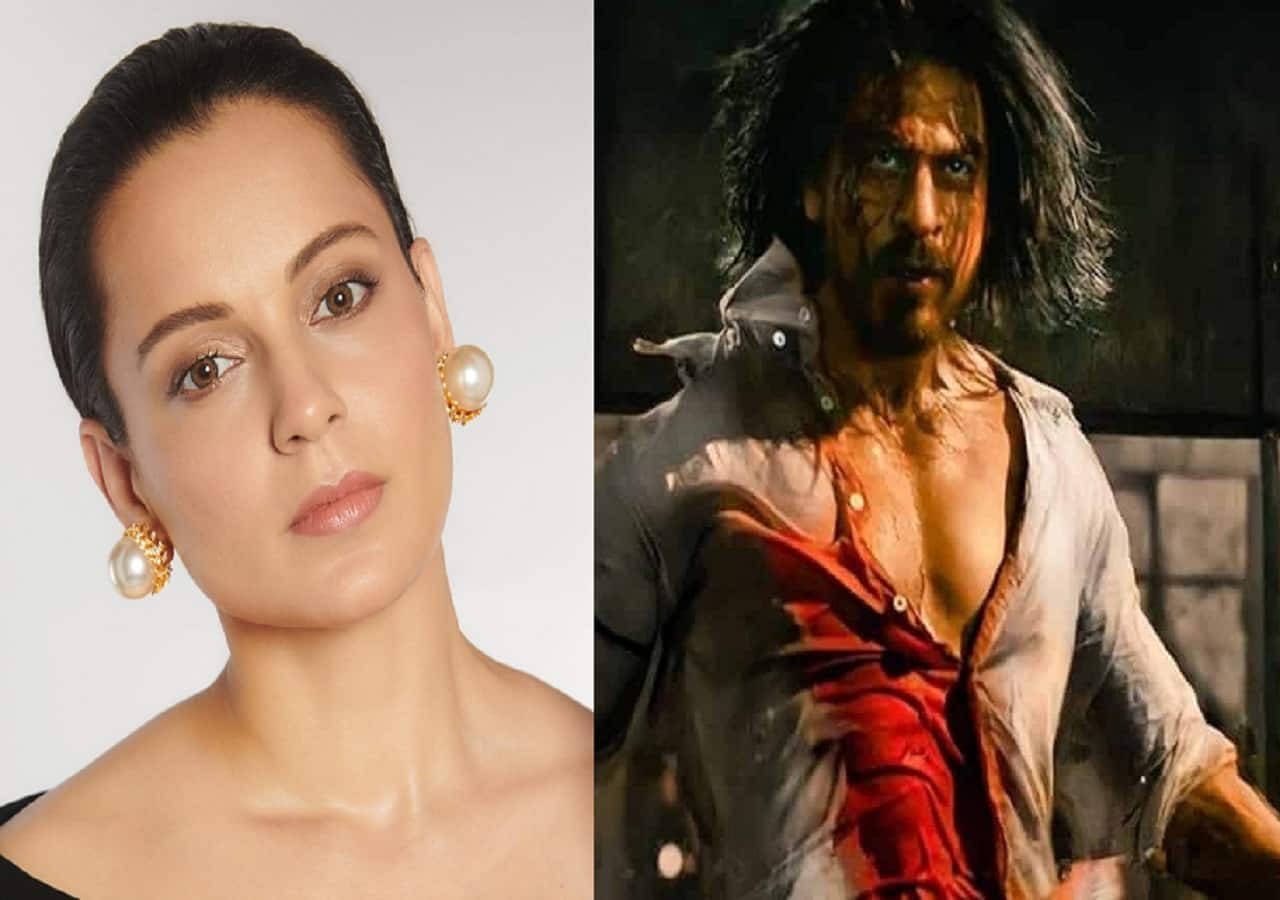 Kangana Ranaut who made a comeback on Twitter after her ban was lifted on the day of the release of Pathaan took nasty digs at the industry and called the Bollywood people crude. Cut to, the actress was seen attending her upcoming film Emergency event where she was asked about Shah Rukh Khan's Pathaan and she said that this kind of film should world. Netizens couldn't digest this revamped Kangana and they are picking her for her double standards and calling her nasty names. Meanwhile, others are saying that now Kangana has been left with no choice and has to praise Shah Rukh Khan due to her back-to-back flops and she will need this for survival in Bollywood. Also Read - Pathaan box office collection Day 1: Shah Rukh Khan film creates history; nears Rs 100 crore mark worldwide on day of release

Shah Rukh Khan's comeback film was no less than a celebration for his fans and the mania of the superstar is back and this will stay till eternity. Everybody in the industry is hailing SRK's Pathaan, but Kangana Ranaut got called her out of joining the bandwagon due to obvious reasons. One user commented, " Kangana is saying that the movie is good. Is that true? As she was saying boycott". Another user said, "Bhakto ki ma or baap kangna or Anupam b Pathan dekh rahe h. Ab bhakto ka kya hoga". One more user laughed at Kangana and said, "Aukaat pe aa gaye hai sab". Anupam Kher too was all praise for Pathaan. Also Read - Republic Day 2023: Shah Rukh Khan and Salman Khan to come together as Pathaan and Tiger in an action film on R-Day 2024?

Shah Rukh Khan and Deepika Padukone starrer breaks all the records and it has crossed 100 plus crore at the box office world wide. In Inia Pathaan has rakes around 54 crore and it has become the biggest opener. The film will cross 100 crore mark in India within three days estimates the trade experts. Also Read - Trending Entertainment News Today: Pathaan full movie leaked online, Bigg Boss 16 contestants safe from elimination and more