Pathaan: Salman Khan enters in the film as Tiger to save Shah Rukh Khan from Russian mafia and the action sequence of 15 minutes is total paisa vasool. 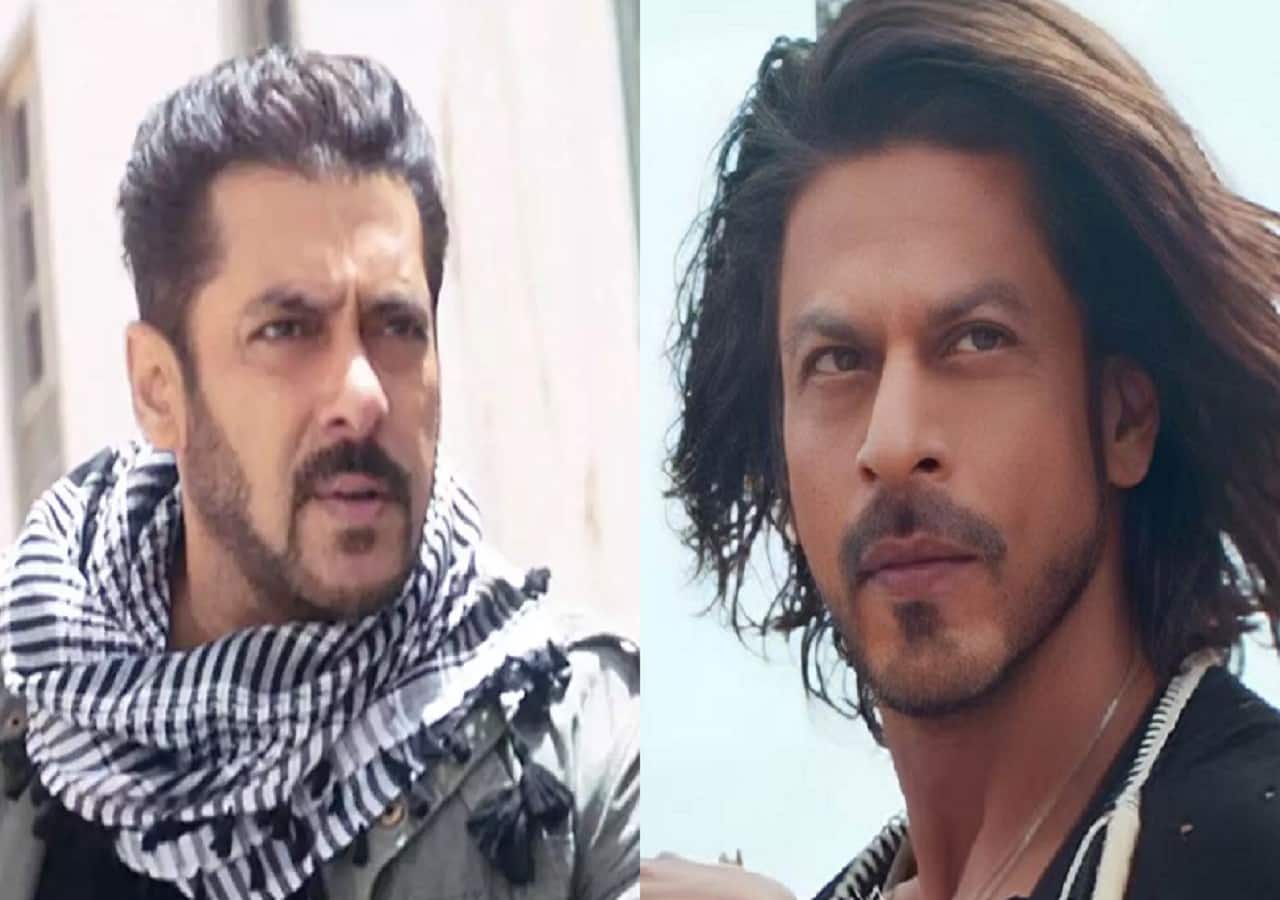 Pathaan: Shah Rukh Khan has arrived and how. King Khan makes a smashing comeback with Pathaan and the fans are enjoying every bit of his presence on the big screen. But here's a cherry on the cake. Salman Khan makes a dhamakedaar entry in the film as SRK had confirmed his special cameo in the film and now the fans have witnessed that the superstar makes a smashing entry as Tiger in the film and he is in the frame for good 15 minutes where he reportedly arrives to save buddy Pathaan as he gets trapped by the Russian mafia in the film. Also Read - Kisi Ka Bhai Kisi Ki Jaan teaser: Salman Khan fans leak the first look during Pathaan; call it 'sure shot HIT'

It is claimed that Salman Khan arrives in a helicopter with all the guns and the visual is just spectacular, fans go bonkers in the theatres and it's a total paisa vasool scene. This one scene between Shah Rukh Khan and Salman Khan in Pathaan is labelled as one of the best scenes in Indian cinema. Pathaan is every bit a visual treat claim fans and they say as promised by Shah Rukh Khan in the trailer you need to tie your delays belt as it is a joyful ride. Also Read - Bigg Boss 16 winner: Tina Datta predicts who will get the trophy; taunts THIS contestant

#SalmanKhan has an extraordinary screen presence as #Tiger in his action packed extended appearance in #Pathaan. From helicopter, to guns and hand to hand combats - you will see Salman Khan acing the space that he excels in to rescue his friend #ShahRukhKhan from tough times..!! pic.twitter.com/ZYOMkseL4K

And if you enjoyed this ride of this superhit combo of Tiger and Pathaan, here's a good news for all of you. As per reports in Bollywood Hungama, Aditya Chopra is planning to make a cross-over with Pathaan and Tiger and they will be seen in a full fledged film. The idea of filmmaker Aditya Chopra is to celebrate two biggest superstars in Hindi cinema and hence he knows that they together will be a visual treat and how. Also Read - Bigg Boss 16: After winning hearts on Salman Khan show, Abdu Rozik to now be on Big Brother UK?