As Shah Rukh Khan unvieled his look from the film Pathaan, he also confirmed that Salman Khan will be playing an important role in the film. 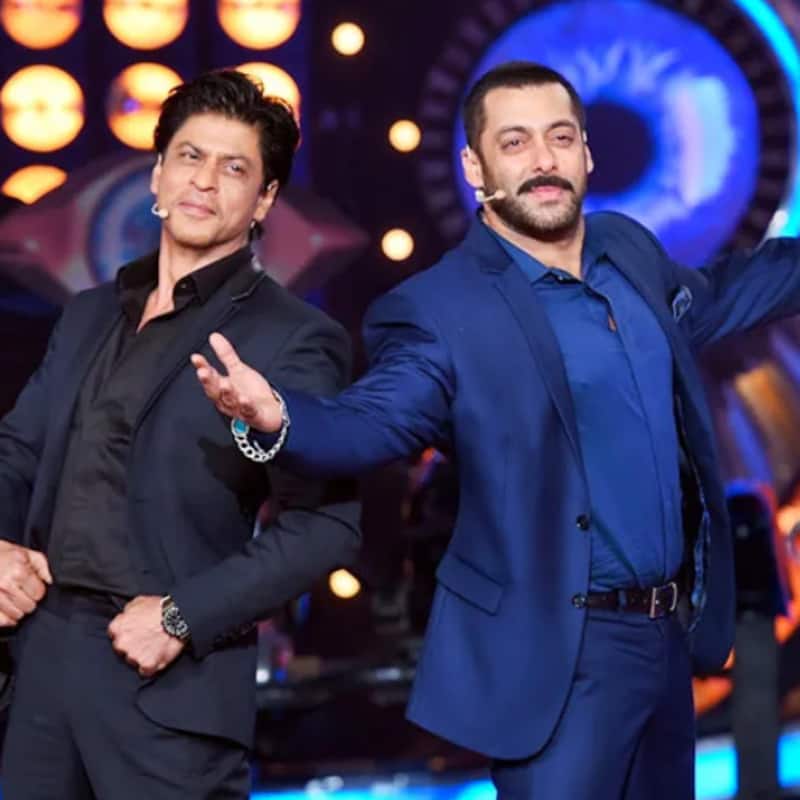 As Shah Rukh Khan completed 30 years in the industry, he shared his first look from his upcoming film Pathaan. Looking all toned and rugged, Shah Rukh Khan left everyone impressed with his look. The actor even carried out an Insta Live to have a chat with his fans. In a half and hour-long conservation, Shah Rukh Khan spoke about a lot of things including Salman Khan. He confirmed that the Dabangg Khan will have a cameo in Pathaan and that it is always nice to work with him. Also Read - Urfi Javed apologises to Chahatt Khanna for dragging her divorce in their nasty fight: 'It was low of me to comment'

Shah Rukh Khan's working experience with Salman Khan
During the conversation, Shah Rukh Khan confirmed that Salman Khan will be seen as a raw agent in his film Pathaan. Further, talking about collaborating with him, the King Khan said, “With Salman Khan, there is no working experience. There’s always a love experience, happy experience, friendly experience, and brotherly experience. It’s amazing whenever I work with him. We haven’t really done a full-fledged film together, apart from one (Karan Arjun), which was also not full-fledged, to be honest. We were not together in the film for too long. So we get to work 4-5 days in a year sometimes in a film.” About his cameo in Tiger, Shah Rukh Khan kept mum. However, Salman Khan had earlier confirmed Shah Rukh Khan's presence in Tiger. Also Read - Pirates of the Caribbean star Johnny Depp all set to make his directorial comeback after 25 years [Deets Inside]

Shah Rukh Khan is too old for romantic roles
The King of Romance also mentioned that he has now become old to play characters like Raj and Rahul. "Maybe Rahul and Raj are for the younger people to do. I am extremely thankful to Aditya (Chopra) and Karan (Johar) for having created these phenomenal characters. When I joined films I never thought I will be known by a name of a character, which I think is the greatest gift an actor can get. You walk on the roads and people start calling you by those names," he said. Also Read - Trending South News Today: Jr NTR’s Hollywood debut, Tamannaah Bhatia's gesture wins hearts, Karthikeya 2 Hindi version shows fantastic growth and more