Pathaan Shah Rukh Khan gets annoyed as a fan tries to hold him; Aryan Khan trends as he turns into a protective shield for his father [WATCH]

Shah Rukh Khan, Aryan Khan and AbRam Khan were spotted at the airport. As a fan tried to come too close to King Khan, Aryan got all protective. Fans are lauding him for the same. 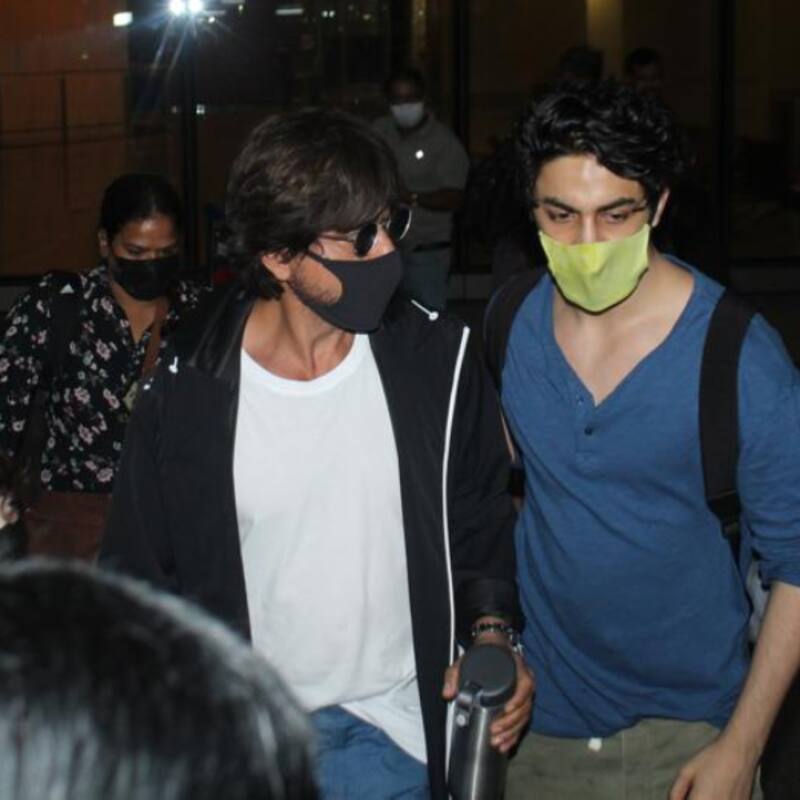 Pathaan star Shah Rukh Khan was papped at the airport along with his sons Aryan Khan and AbRam Khan. There's always a media frenzy around whenever King Khan is spotted. This time around, Shah Rukh Khan got a bit annoyed though. A fan tried to click a selfie with him and came quite close to holding his hand. However, soon he was pushed aside. Shah Rukh Khan who was holding AbRam's hand looked stumped and furious but it was Aryan Khan who soon calmed his father down. He walked alongside SRK like a protective shield and netizens are in love with his reaction. Also Read - Ponniyin Selvan director Mani Ratnam to soon work with Shah Rukh Khan? Here's what we know

Check out the video below:

All the Shah Rukh Khan's fans known as SRKians are going crazy firstly because the father-son trio put up a pretty stylish appearance at the airport. Secondly, Aryan Khan has won hearts of all by being all protective for his father. Check out the tweets below: Also Read - Bollywood's most shocking alleged extra-marital affairs

Some creep forcefully comes close but the son comes to the rescue?❤️@iamsrk #AryanKhan ❤️ pic.twitter.com/5PBAhU6xPC

People need to be careful !!#AryanKhan is such a caring son ,who need bodyguard when you have son like him???@iamsrk ?❤️ pic.twitter.com/EKvy6iyaVf

King Khan who was away from movies for a while is marking his recent with quite a few films in his kitty. He has Pathaan, Jawan and Dunki. Also Read - Alia Bhatt, Gauri Khan and more: Bollywood stars who publicly revealed the most annoying and irritating habits of their partners