Pathaan Teaser OUT: Shah Rukh Khan is BACK with his seeti-maar swag; Deepika Padukone-John Abraham are the perfect add on [WATCH HERE]

On Shah Rukh Khan's 57th birthday, the teaser of his upcoming film Pathaan has been released. He shares the screen space with John Abraham and Deepika Padukone in this one. 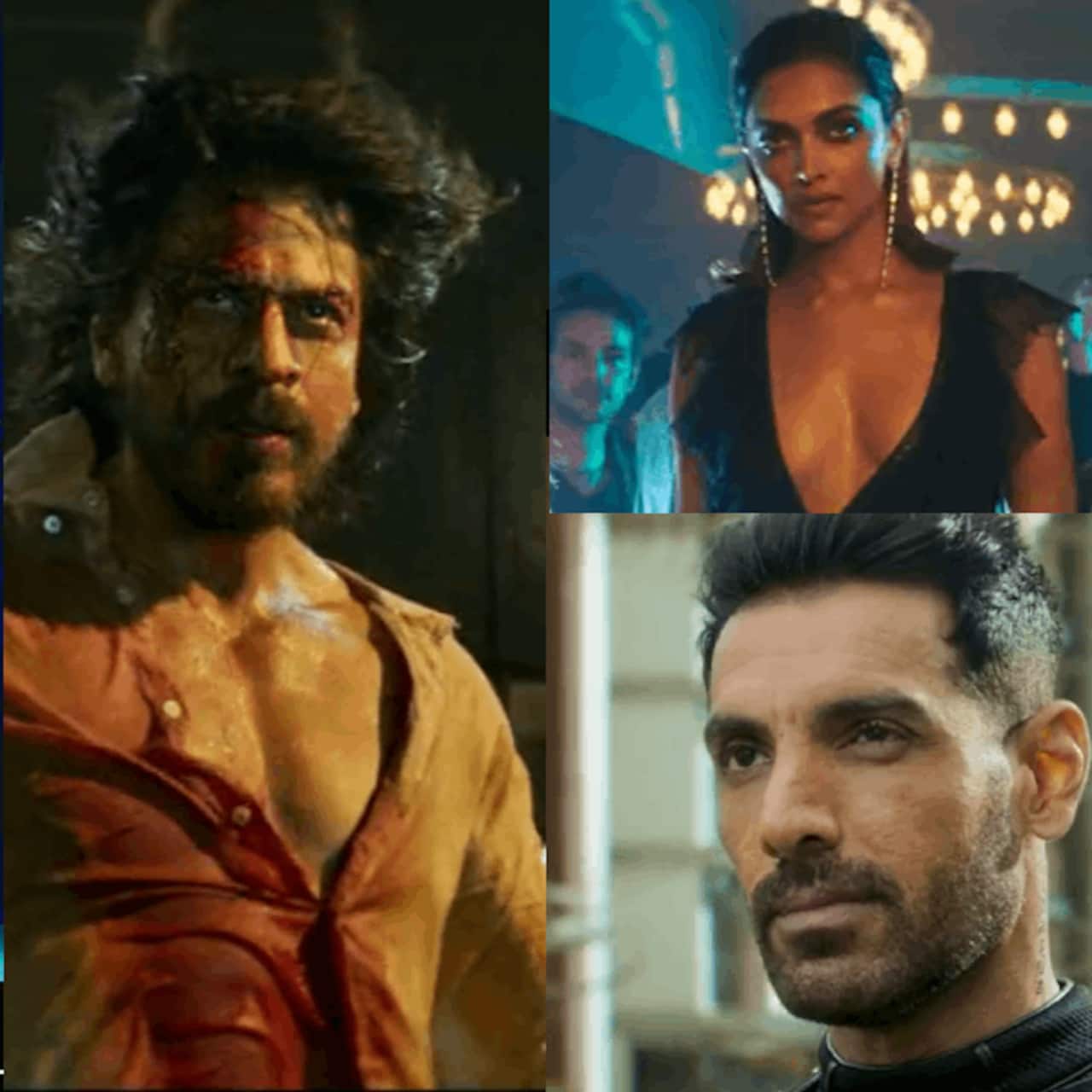 Shah Rukh Khan is back and how. King Khan stayed away from acting for almost three years. His last film as an actor was Zero. While he had a cameo in Ranbir Kapoor and Alia Bhatt's Brahmastra, his comeback film would be Pathaan produced by YRF. On his 57th birthday, the teaser of Pathaan was unveiled. Well, one can say that the wait was worth it as Shah Rukh Khan is back with a bang. The film also stars Deepika Padukone and John Abraham. Also Read - Trending Entertainment News Today: Shah Rukh Khan greets fans outside Mannat, Alia Bhatt second pregnancy truth, KL Rahul-Athiya Shetty sangeet and more

Shah Rukh Khan is BACK with Pathaan

Shah Rukh Khan took to his Twitter handle to share the teaser of Pathaan. It starts with glimpses of Shah Rukh Khan being tortured in his mission but he lives on. And then what, it is all about fights, drama, action and a bit of romance. Shah Rukh Khan as usual leave a mark with his dialogue delivery and the background score too is very catchy. Deepika Padukone makes a classic entry in a sultry black deep-neckline dress and has quite a few action scenes to pull off too. John Abraham is at his macho best performing some high-octane stunts. Also Read - Pathaan advance booking: Shah Rukh Khan-Deepika Padukone starrer to have a kickas* opening weekend; eyeing triple century

Watch the teaser of Pathaan here:

Apni kursi ki peti baandh lijiye…#PathaanTeaser OUT NOW! Celebrate #Pathaan with #YRF50 only at a big screen near you on 25th January, 2023. Releasing in Hindi, Tamil and Telugu. @deepikapadukone | @TheJohnAbraham | #SiddharthAnand | @yrf pic.twitter.com/eZ0TojKGga

The film directed by Siddharth Anand is set to release on 25th January 2023. Earlier, it was the first look of Pathaan that had gone tremendously viral. SRK fans are desperately waiting to see him on the big screen and what better than an action-packed film to enjoy SRK's performance? Watch this space for more updates. Also Read - Did Rohit Shetty hint at making Chennai Express 2 with Shah Rukh Khan and Deepika Padukone? Fans feel so