Pathaan trailer: Shah Rukh Khan and Deepika Padukone's action drama is visually spectacular, the superstar surprises with its's power-packed performance and only shows why he belongs to the cinema. 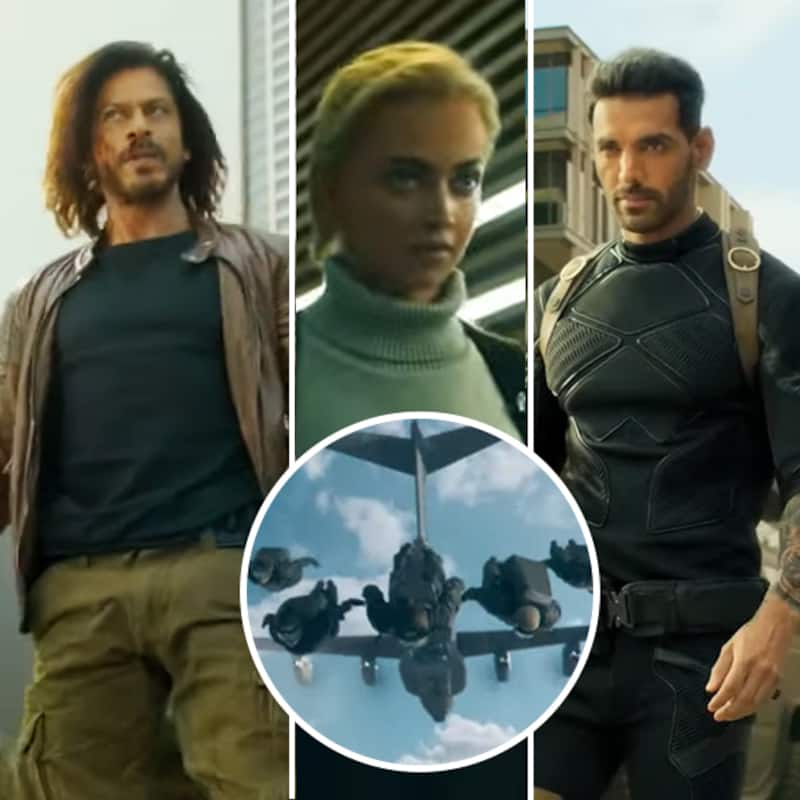 Pathaan: The most awaited trailer of Shah Rukh Khan and Deepika Padukone is here and boy it’s worth waiting for everything. Shah Rukh Khan in and as Pathaan is a visual treat and only shows how much his beloved fans missed him watching onscreen. The swag, action, drama, dialogues, chemistry, everything about the trailer is point on. Shah Rukh Khan in every frame proves that he is the only Pathaan and no one can beat him in his game. The charm of Bollywood apna Shah Rukh Khan is back. Pathaan aa gaya hai. Also Read - Pathaan Trailer First Reactions: Shah Rukh Khan leaves netizens awestruck with his daredevil spy avatar; fans say, 'Literal Chills' [Read Tweets]

Talking about the heart of the film Deepika Padukone, surprised you in every frame. You will want to watch her again and again as she is so good. The dialoguebaazi of DP is just PERFECT and will instantly remind you of Don’s jungle billi. But Deepika has her style and that is why she is the leading lady of Pathaan. Rightly said in the trailer for her, " She means business". John Abraham too is exceptional in the film and this time the actor has gone way ahead to prove his mettle as he knows this time, he is sharing the screen with King Khan himself. Also Read - Pathaan Official Trailer: Shah Rukh Khan, Deepika Padukone, John Abraham promise a big screen extravaganza fans have been waiting for

Pathaan trailer is magnificent, full vaisa pasool and it gets 5 stars from us.

Overall Sidharth Anand has done justice and we give 5 stars to this full-packed action-drama trailer. It has all the elements of a blockbuster and its definitely a paisa vasool. The songs in the trailer are the cherry on the cake and will make you want to visit the theatres right now. While fans missed having a glimpse of Salman Khan in the trailer, like Shah Rukh Khan says, ' Picture abhi baaki hai mere dost'. Pathaan aa raha hai.