After being away from films for nearly 8 years, Chiranjeevi gave fans a reason to celebrate when he made a charismatic comeback to big screen in Ram Charan's Bruce Lee. Also Read - Vidyut Jammwal recognised as one of the world's leading martial artists alongside Jackie Chan, Bruce Lee, Chuck Norris by Google

Though the film has been subjected to mixed reviews, everyone as unanimously praised Chiru's small cameo in the film. Having heard some great response for his elder brother's comeback, Power Star Pawan Kalyan paid a surprise visit to Mega Star's house. Dressed in cop avatar from his film Sardaar Gabbar Singh, Pawan Kalyan made his way into Chiranjeevi's residence. It is to be noted that he was donning the same avatar in the trailer of launch of Nikhil's Sankarabharanam too. Is Pawan living his character in real life too? We will get to that argument some other day. Also Read - Bruce Lee motion poster: Mohanlal unveils the mass action movie's new look on lead hero Unni Mukundan's 33rd birthday 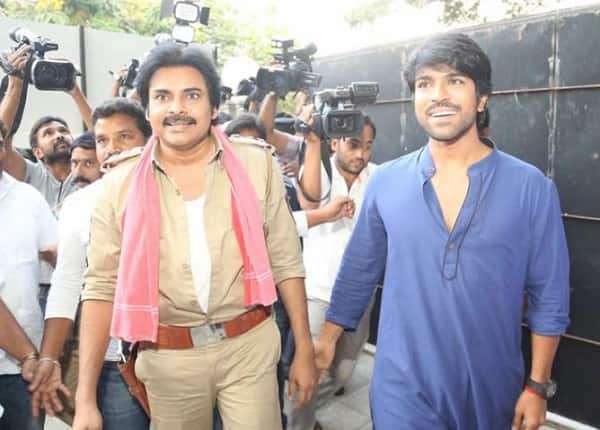 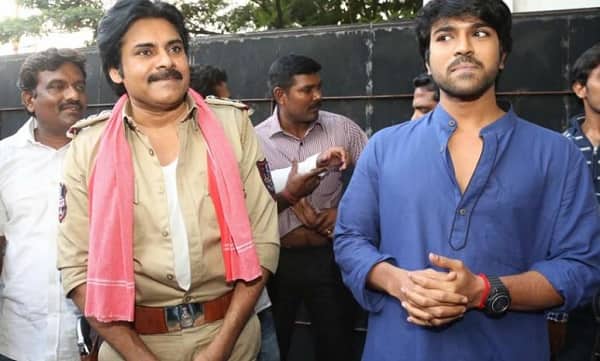 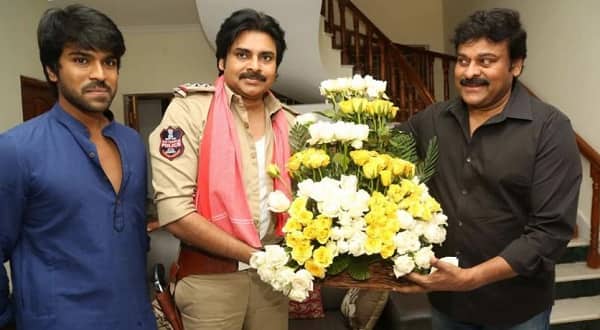 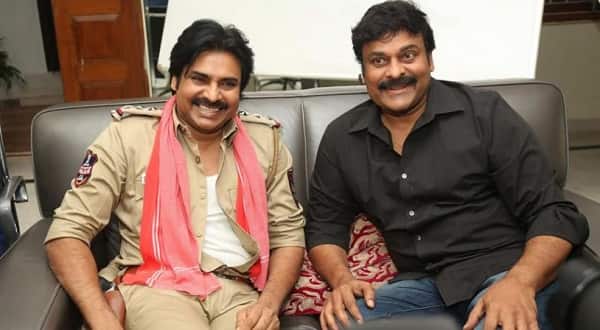 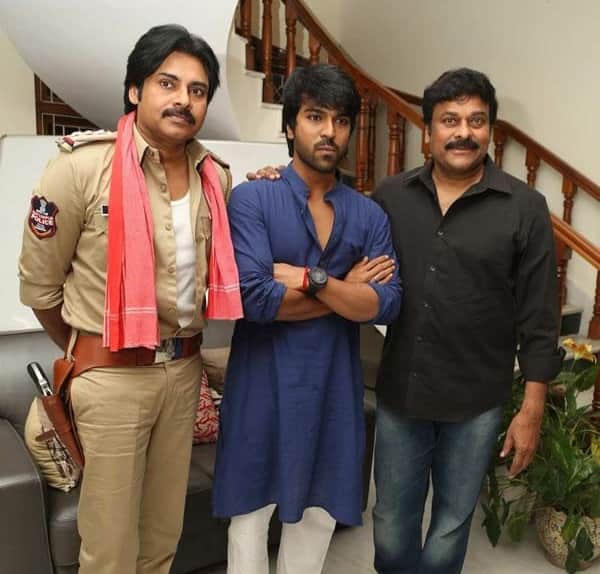 Pawan Kalyan and Chiranjeevi place their protective hand over scion of Mega family Ram Charan. Soon Power Star is going to produce a film starring Ram Charan in the lead.