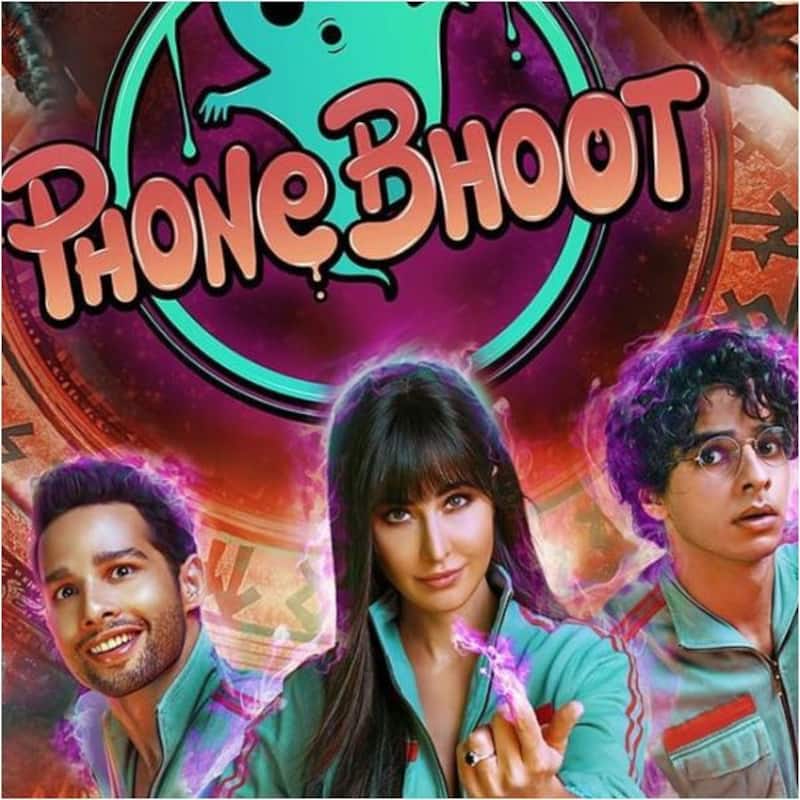 Katrina Kaif, Ishaan Khatter, and Siddhant Chaturvedi’s horror-comedy titled PhoneBhoot was all set to release on 15th July 2022, but now, the movie has been postponed and the makers have announced the new release date. PhoneBhoot will be releasing on 7th October 2022 and Katrina took to Instagram to share the poster of the film and reveal the release date. The actress posted, “#PhoneBhoot ki duniya mein aapka swagat hai. Arriving on 7th Oct, 2022 at cinemas near you.” Also Read - Urfi Javed apologises to Chahatt Khanna for dragging her divorce in their nasty fight: 'It was low of me to comment'

The poster features Katrina Kaif with Ishaan and Siddhant, and it’s a quirky poster. Horror comedies have been doing well at the box office. This year’s release Bhool Bhulaiyaa 2, which was a horror-comedy, became a blockbuster. It will surely be interesting to see what response PhoneBhoot will get at the box office. Also Read - Pirates of the Caribbean star Johnny Depp all set to make his directorial comeback after 25 years [Deets Inside]

PhoneBhoot to clash with Tejas and Mr and Mrs Mahi

Apart from PhoneBhoot, Katrina has Merry Christmas and Tiger 3 lined up. While Merry Christmas is slated to release on Christmas weekend this year, Tiger 3 will hit the big screens on Eid 2023.

She was also supposed to share screen space with Priyanka Chopra and Alia Bhatt in Jee Le Zaraa, but the movie has been reportedly put on a backburner for now as the makers were not getting bulk dates of the stars. Well, Alia has also announced her pregnancy recently and she will reportedly deliver in November this year, so Jee Le Zaraa surely looks postponed for now.