Look which two ex-couple got back together! Well, not literally and we're talking about Ranbir Kapoor and Deepika Padukone. The two were recently spotted outside Imtiaz Ali's birthday bash along with a lot of other celebrities. Now that's one thing the gossip mongers around the world love a lot, to see ex-couple be friends again and party under the same roof. Though the Padmavati actress is now dating her co-star, Ranveer Singh, three of them are quite cool with each other. Apart from them, Shah Rukh Khan, Alia Bhatt, Rajkumar Hirani and a lot of others from the industry were also spotted attending the director's birthday bash. Also Read - Throwback to when Shah Rukh Khan got schooled by daughter Suhana Khan for his infamous Wankhede Stadium row – watch video

Imtiaz and SRK have definitely had a long day and we wonder how they could gather the energy to party. Although it's a weekend and everyone should be partying, these stars have been quite busy with promotional events of Jab Harry Met Sejal before they got in the mood to enjoy the weekend Bollywood style. In fact, they even had a mini bash at the event where Imtiaz cut the birthday cake and SRK fed him a piece of the cake. Coming back to Imtiaz's birthday bash, Alia was seen wearing a loose white spaghetti and ripped denim with a long yellow shrug. (ALSO READ: [PHOTOS] Jab Shah Rukh Khan met Imtiaz Ali, it was all about bromance) Also Read - Trending South news today: Sanjay Dutt's deadly new look from Yash's KGF 2 unveiled, Prabhas wraps up the shooting of Radhe Shyam and more

SRK went all denim with a shirt and faded jeans. Deepika was wearing a shimmery grey silver top with bright blue bellbottoms. We don't entirely approve of the outfit but she did look quite pretty. If only she chose something other than the bellbottoms. She let her hair down and had that beautiful smile on her face. Ranbir was seen escorting Rajkumar Hirani to the venue and they did pose for the paparazzi. Ranbir was wearing a loose black T-shirt with black denim and a black cap. That's an unusual combination but looks damn good on him. Check out these before-party pictures right here. Also Read - After Baahubali franchise, Prabhas to repeat THIS feat for Amitabh Bachchan, Deepika Padukone's Project K 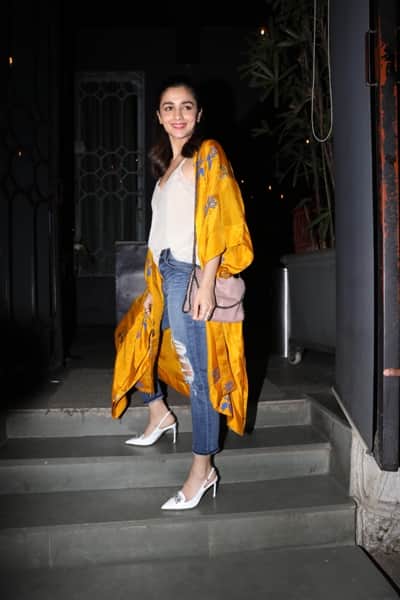 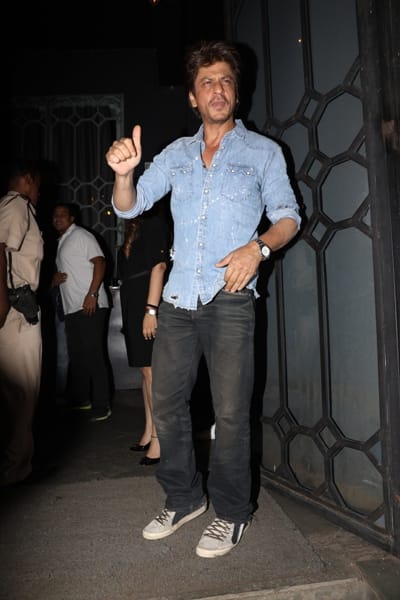 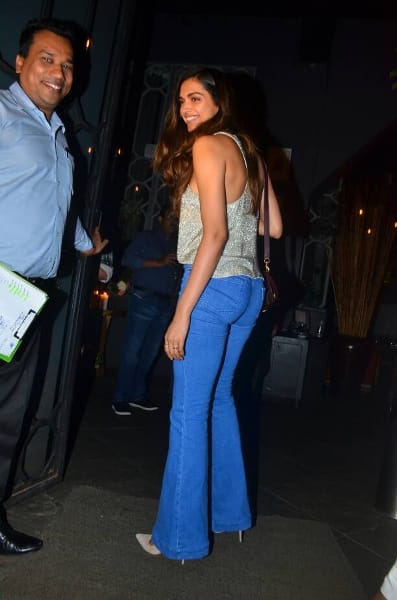 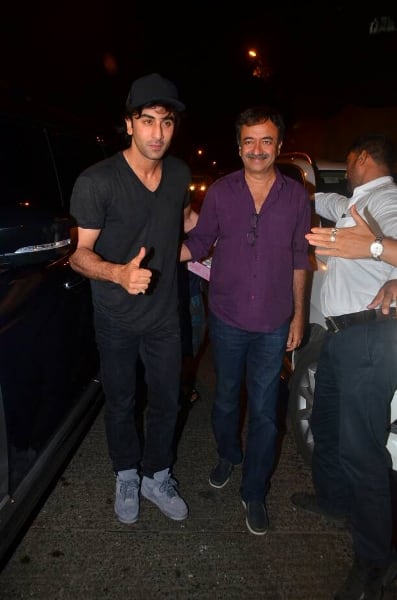 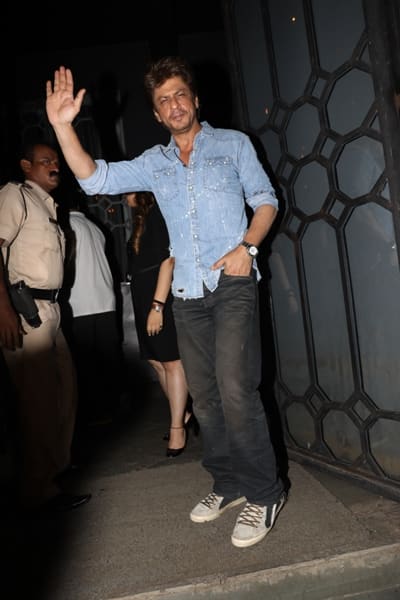 Looks a party just for close friends, doesn't it? Tell us what you think in the comments below and stay hooked with us for more.