Suriya Sivakumar is currently shooting for the 37th film of his career which is being directed by KV Anand.

Tamil top star Suriya Sivakumar has always maintained a special bond with his fans and has often shown his humility. And with his latest act, Suriya has won a million hearts again and he has our respect. Suriya met an ailing little fan at his residence today in Chennai and promised to take care of his medical expenses as well. The actor invited the little fan to his residence in Chennai today and interacted with the boy and his family for quite some time. The joy this gesture brought on the little kid’s face is evident in the pictures below. 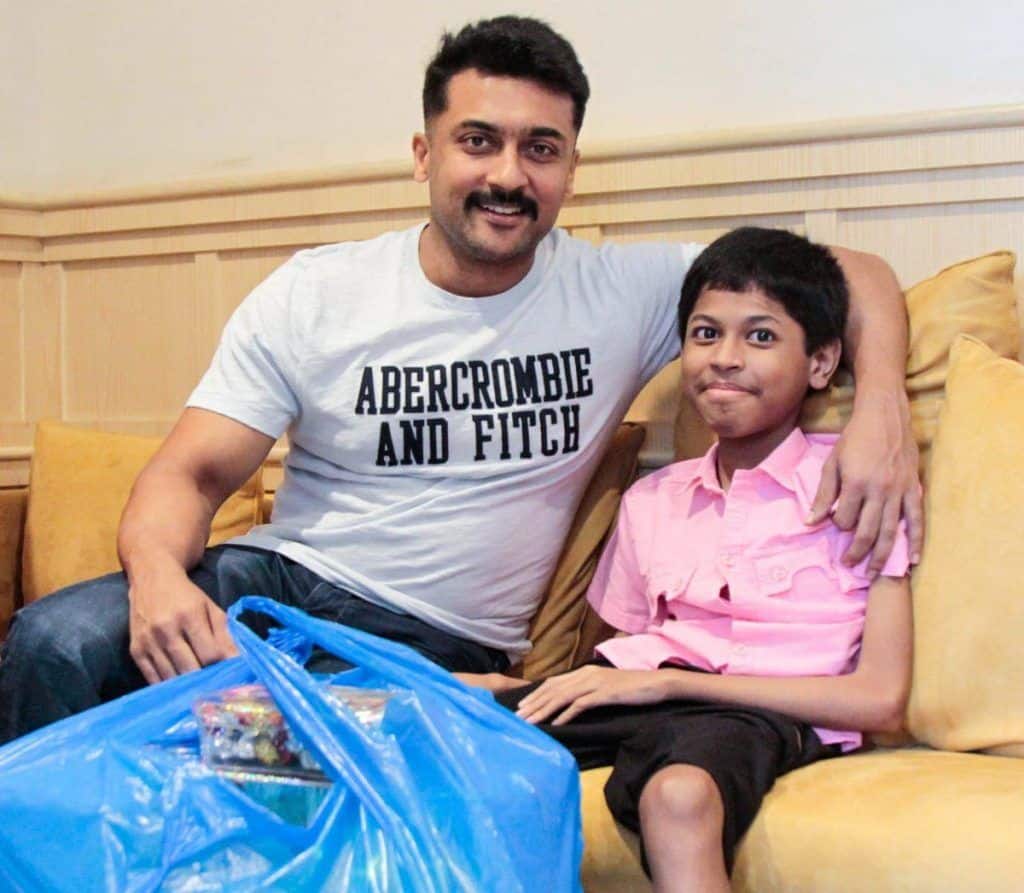 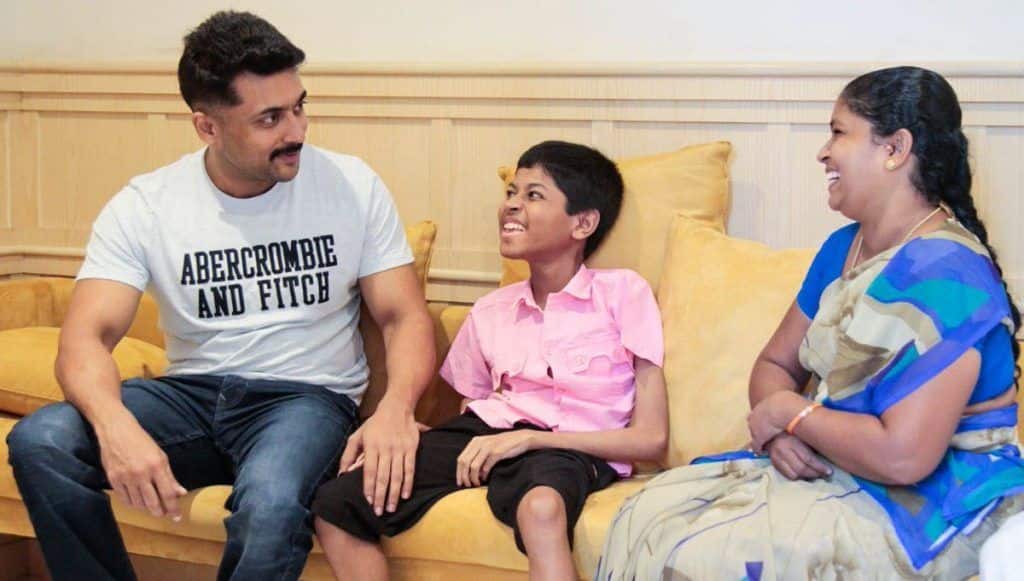 Recently, Suriya was at an event which was attended by thousands of his fans too. And a select group of fans were invited on stage and the young men started touching Suriya’s feet which did not go down well with him. To make the fans realise that touching feet is not an encouraging act, Suriya started doing the same back to the fans proving his humility yet again. Suriya has often asked his fans to not overdo any gesture of emotion for him and consider him as one of them.

Suriya Sivakumar is currently shooting for the 37th film of his career which is being directed by KV Anand. He will be seen sporting a crew cut look in this yet untitled film, a look which he had previously sported in his 2003 released cop story Kaakha Kaakha.