Yuvraj Singh made the entire nation emotional when he announced his retirement from all forms of the game. The flamboyant batsman was our player of the tournament in the epic 2011 World Cup. Last evening, his retirement party was held in Bandra. It was attended by many celebs like Farhan Akhtar - Shibani Dandekar, Neha Dhupia - Angad Bedi, Anusha Dandekar, Kunal Kemmu, Aparna Badlani, Zaheer Khan, Irrfan Pathan, Ajit Agarkar to name a few. However, the eyes of the media was on Kim Sharma. The stunner dated the cricketer for four years and were supposed to walk down the aisle but it did not materialise. Dressed in a sexy animal print dress and heels, Kim Sharma made everyone's heads turn. Some days back, she left a comment wishing Yuvi on a smashing innings post retirement. Yuvraj has always spoken in glowing terms about Kim. Check out the pics here... 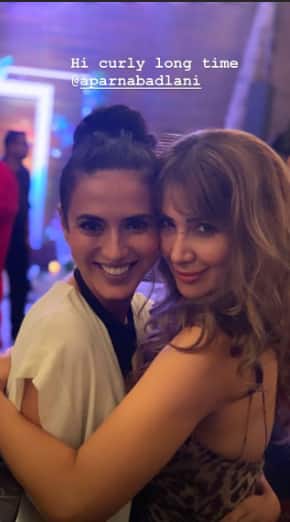 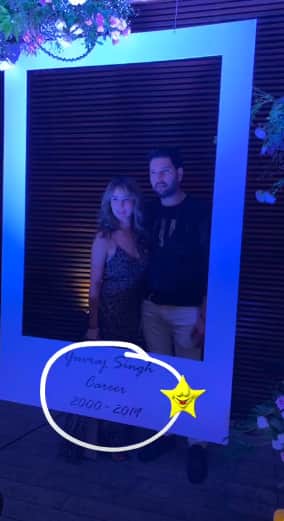 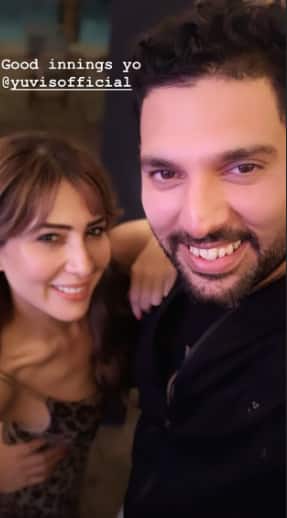 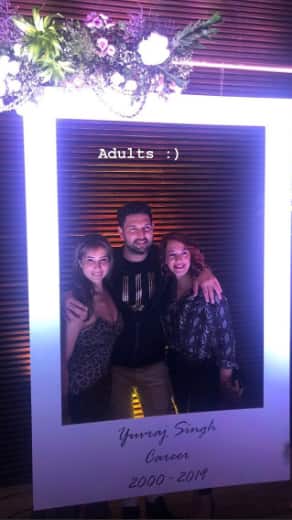 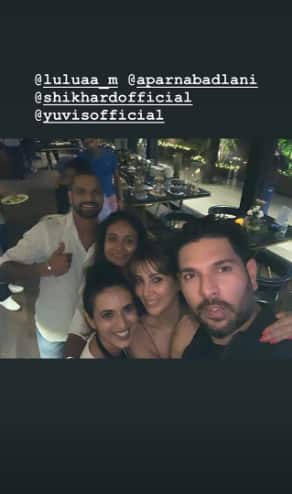 The cricketer married Hazel Keech in end of November 2016. It was a low-key wedding. Kim can be seen posing with Yuvraj and Hazel in one of the pics. Kim who separated from her husband, was linked to Arjun Khanna and also had a relationship with Harshavardhan Rane.

Once, Yuvraj had told a publication, "Kim and I just gelled together. We were very fond of each other. When I met her, I wasn’t very outgoing. I learnt a lot from her. She polished up my sense of dressing. She taught me that going out and meeting different people always helps. She also told me not to get affected with what people say. We have both moved on but it was one of the most beautiful relationships I have had." Well, the wonderful camaraderie between them is proof that loves never ends, it just changes its form. Like Ranbir Kapoor - Deepika Padukone, these two are also saying that exes can be friends!