Check out her pictures here...

Who doesn't remember the iconic dance of Madhubala from the song Mohe Panghat Pe Nandlal Chhed Gayo in Mughal-e-Azam? The way Madhubala swayed to this enigmatic song, many couldn't stop falling in love with her again. The golden maroon lehenga matched with those gorgeous jewellery, the enigmatic beauty took away the sleep of many. She epitomised grace and sensuality in one frame and like how. In 1960, the song became a rage and continues to be now. Very few have the guts to take it up and recreate the same magic. And the one who has the courage to do it is none other than Madhuri Dixit. The beauty is already known for her 'nazakat' and moves and will be recreating the magic once again. Also Read - Sidharth Shukla looks like the 'KING OF STUDS' as he promotes Broken But Beautiful 3 alongside Madhuri Dixit on Dance Deewane 3 – view pics

The upcoming episode of Dance Deewane will have the theme of retro and Madhuri took to Instagram to share her look as Madhubala from the number. She wrote, “Retro feels today on #DanceDeewane”. Dressed in an orange and silver lehenga with maroon coloured choli indeed she resembles Madhubala from the song. Her jewellery and smile added up to her gorgeousness.

Dance Deewane: Akshay Kumar awards a gold medal and Rs 5 lakh to a contestant for his blindfolded dance act

Check out her pictures here... 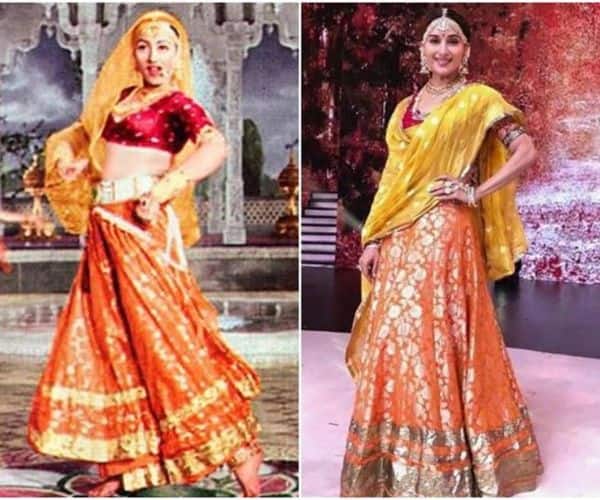 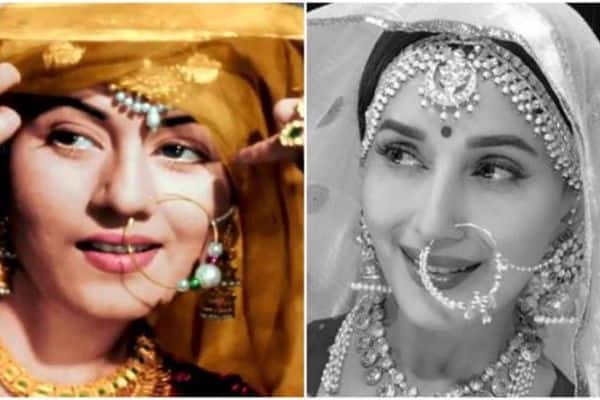 For the uninitiated, in the song that is in question, a coy Madhubala in the role of Anarkali is seen singing for Salim, played by Dilip Kunar. While everybody was under the impression that she is enacting the playful interaction of Radha and Krishna, she was trying to woo Salim. Madhuri is already known for her moves and expressions, thus it will be a treat to watch her enacting this iconic number.

On the work front, Madhuri has two big projects in her kitty. She will be soon starring in Karan Johar's Kalank. The movie also has Sanjay Dutt, Alia Bhatt, Varun Dhawan in pivotal roles. On the other hand, she also has Total Dhamaal which starsAnil Kapoor, Esha Deol, Ajay Devgn, Riteish Deshmukh, Javed Jaffrey and Arshad Warsi.