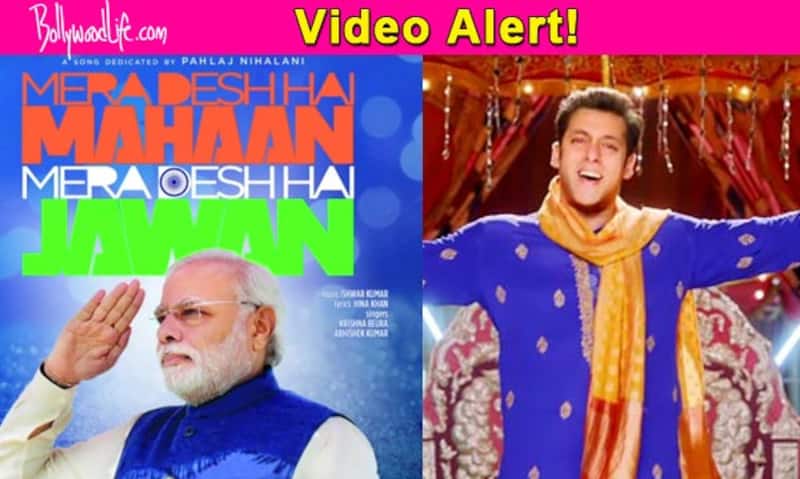 Modi Dhan Payo, is it?

Salman Khan's Prem Ratan Dhan Payo has literally taken over the internet right now! Although the critics aren't quite happy with the film but Salman fans are enjoying every bit of 'Prem Is Back in this out and out Sooraj Barjatya venture! In fact, you wouldn't believe but even Prime Minister Narendra Modi is contributing to this PRDP mania in one way and by that we mean this special Modi video which is being played during the interval of the film! Yes! Also Read - Bigg Boss 16, Weekend Ka Vaar: Salman Khan slams Manya Singh for calling Sreejita De 'TV actress'; viewers call former Miss India runner-up arrogant

A 6.43-minute long video on PM Modi has been uploaded on Youtube and a shorter version is being played during the film! Censor board chief, Pahlaj Nihalani, has produced this video titled Mera desh hai mahaan, mera desh hai jawan...' , paying an ode to the victorious Modi government. Also Read - Bigg Boss 16: Abdu Rozik, Shiv Thakare, Priyanka Chahar Choudhary - Who has the strongest individual personality in the house? Vote Now

As per reports, Pahlaj was keen on releasing it with Salman Khan's film and had personally requested Sooraj to let him attach it to his film. While talking to a leading daily, Pahlaj further confirmed, "Since I am from the film industry, I have good relations with Rajshri Productions, who have made Prem Ratan Dhan Payo. I requested them to attach it to the film." Pahlaj also added that there was no political motivation behind the music video and that the video was just a tribute to Modi's achievements. Also Read - Bigg Boss 16, Day 5, Live Updates: Nimrit Kaur Ahluwalia complains that Priyanka Chahar Choudhary-Ankit Gupta eat too much

The music video talks about the various achievements of the Modi government. A longer version of the video was uploaded on Youtube on November 10, 2015. Here check out the full video below and do tell us what are your thoughts on this one, in the comments below!