Pooja Bedi asked to stay away from 'Bigg Boss 5' finale 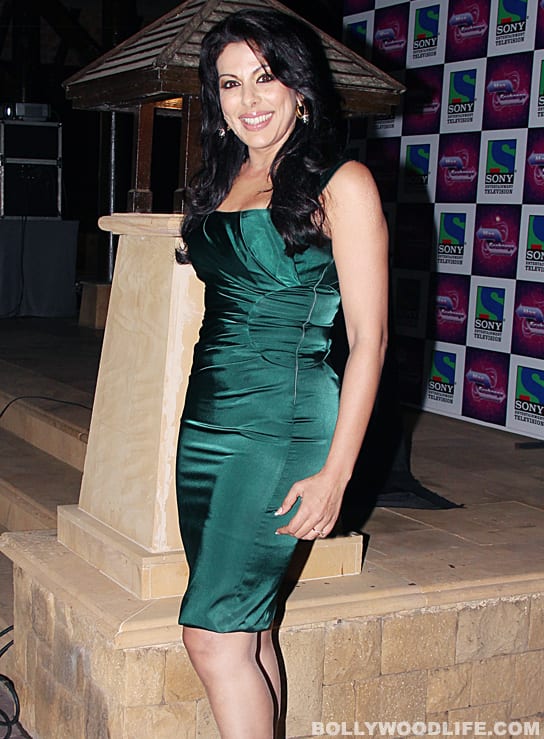 "Have been informed by the channel that I'm not to attend the finale, despite it being mandatory in my contract! Wonder why! Any guesses?" Pooja posted on micro-blogging site Twitter."Have asked the channel to state the reason I cannot be there at the finale to cheer my friends on! Also, till yesterday I was to do a medley! What changed?" she added. The actor, daughter of veteran actor Kabir Bedi and Odissi exponent Protima Gauri Bedi, caught limelight for endorsing Kama Sutra in the 1990s, and she went on to be popular for her Marilyn Monroe skirt act in Jo Jeeta Wohi Sikander. Pooja entered the Bigg Boss 5 house on October 2, 2011, and was evicted towards the end of November. Recently, the 41-year-old was in the spotlight for her comments against Bigg Boss 5 host Salman Khan, as she thought he hurt her fellow inmate and friend, Akashdeep Saigal aka Sky. It is believed that perhaps her comments didn't go down too well with Salman. However, in a host of replies to tweets from her fans, Pooja posted, "Never said anything derogatory about the channel or production house! And its my prerogative to react to contestants or the host of my show. If anchors can be unfair or awful to contestants, contestants have a right to speak up in their or their friends defense! I have requested an official explanation from the channel, but they haven't given me one yet! Let them decide how to say it. Channel and production never had issues with any of statements I've made! If they had, they'd have intimated me immediately." According to a tabloid, even Bollywood star Hrithik Roshan's plans of promoting Karan Johar's forthcoming film Agneepath, on the show have been scrapped. It is believed Hrithik and Salman share a cold war ever since the former reacted to Salman's comments against Guzaarish director Sanjay Leela Bhansali. So now, Imran Khan will perhaps attend the finale to promote Ek Main Aur Ekk Tu, also produced by Johar. Post the news, Pooja wrote: "Mumbai Mirror article today! Hrithik not allowed in #BB5 finale! Guess I'm not the only victim! Wow!" The finale of the reality show is to be held on Saturday. The final contestants remaining in the show are Juhi Parmar, Amar Upadhyay, Mahek Chahal, Siddharth Bharadwaj and Sky. Also Read - Rahul in Darr, Gabbar in Sholay, Mogambo in Mr. India and more – 10 Bollywood movies where the villains are remembered more than the heroes