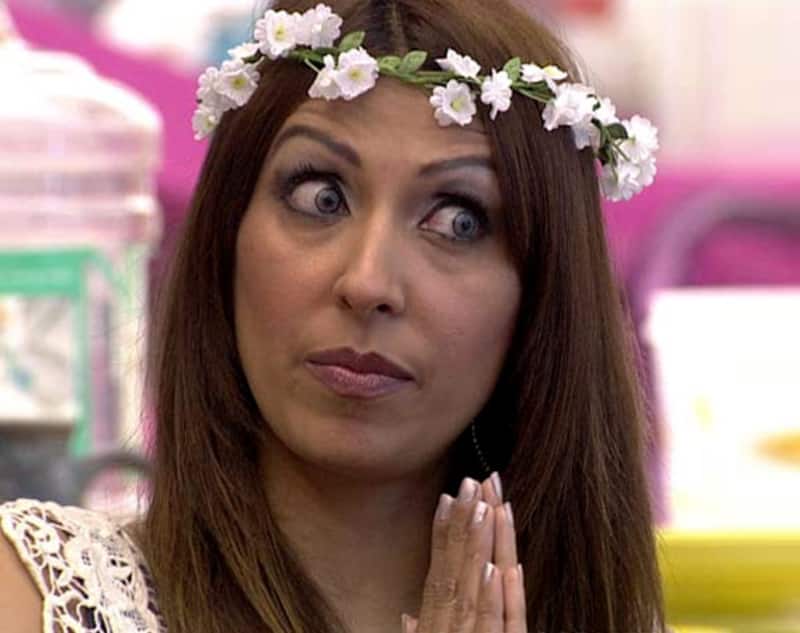 Model and small time actress Pooja Misrra who was known for her tantrums and misbehavior in Bigg Boss 5 is in the news once again, and all for wrong reasons! Also Read - Bigg Boss: Dolly Bindra, Imam Siddique, Pooja Misrra - a look at the iconic contestants of Salman Khan's show!

The starlet slapped and repeatedly abused a staff of a five star hotel and this horrific act was recorded and has gone viral. Naturally, this isn't helping Pooja's image in any way. To counter that, the actress has released a statement and a video 'justifying' this heinous act. Have a look at what she says. Also Read - Pooja Misrra kicked off a flight coz of her ABUSIVE and unruly behvariour?

She has called the hotel staff 'publicity hungry' . She says, "I was tortured by the hotel, with the lights being switched off in my room when media had come to interview me. I was given 500 missed calls in a day on the intercom which when I picked up were hung up on just to irritate me. A staff member even called me and made a life threat." Also Read - 100 crore! That's how much Pooja Misrra is suing Sunny Leone for defaming her!

After that, she reportedly decided to check out, and paid her dues. She accused the hotel of demanding that she re-settle her dues on the grounds that one Mr Navraj Hans has booked a room in her name. She flatly refused and landed in the scuffle which was shot. Here's that infamous video.

Pooja tries to defend herself by saying that she was "a single girl surrounded by uniformed wolves fighting for her dignity". The actress even filed an FIR in July. Pooja has even gone out and accused media of defaming her. She warns to file a defamation suit against media for Rs 1000 crore. Click on the link below to know what she has to say.

A video msg to all who are enquiring about the viral video... Eat this!