Which is your favorite South film of 2017? You can VOTE and tell us too!

2017 has been a dynamic year for South as we witnessed films across all genres - Right from a historical drama to a commercially successful remake to a cop-gangster film to a love story to a path breaking film - We saw it all! This year has been about unconventional story lines, unique direction and powerful characters. Gone are those days when a film is only celebrated for its success at the box office. This year, we are lauding even those that didn't manage to storm the box office but won over critics and fans all the same. After all, Content is king, right? Here's looking at 17 of the best South films of 2017: Also, at the end of it, you need to tell us, which one was your favourite of them all. Don't forget to VOTE! Also Read - NEVER sit between Prabhas and Anushka Shetty! Learn a lesson from Tamannaah Bhatia in this viral video

Khaidi No 150 - The year started off with Chiranjeevi's comeback to the big screen after a decade. Khaidi No 150, that also marked his 150th project was the Telugu remake of the Tamil film Kaththi that starred Thalapathy Vijay. His comeback was received with great aplomb. Chiranjeevi was paired opposite Kajal Aggarwal for the first time, for this film. While the unusual pairing initially raised eyebrows, all apprehensions vanished on the film's release. The film went on to earn Rs 150 crore at the box office worldwide. The movie also marked Ram Charan's debut a producer. Also Read: Shocking! Chiranjeevi’s Khaidi No.150’s day 1 collection BEATS Aamir Khan’s Dangal Also Read - Avengers: Endgame FAILS to beat Baahubali and 2.0 at the box office - here's how 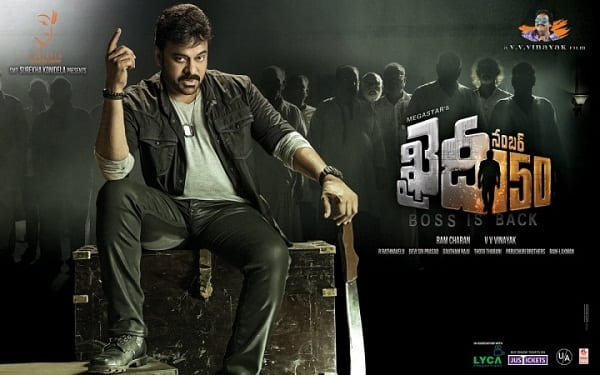 Also Read - Tamannaah Bhatia: Baahubali happened to me when my career was at a low point

Gautamiputra Satakarni - On one hand, Chiranjeevi was making a comeback and on othe other hand, Nandamuri Balakrishna was set to crank it up a notch with his 100th film. Known to usually to take on massy, commercial roles, the veteran actor this time played a powerful ruler from the Satavahana dynasty. His image went through a major makeover. His pairing with Shriya Saran, the film's rich visuals and Nandamuri's kingly presence was lauded by fans. 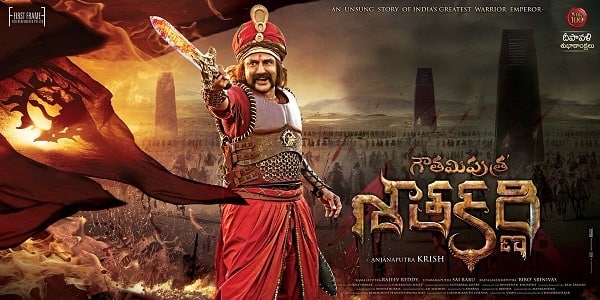 Baahubali: The Conclusion - After a brilliant part 1 in the form of Bahubali: The Beginning in 2015, the sequel was finally ready to be unveiled on April 28th, 2017. On its release, the movie went on to create history for its larger than life storyline and its invincible box office numbers. The film was hugely for its powerful characters, fantastic VFX, compelling storyline and its genius direction. The movie starred Prabhas, Rana Daggubati, Tamannaah Bhatia, Anushka Shetty and Sathyaraj. The project was helmed by SS Rajamouli and produced by Shobu. 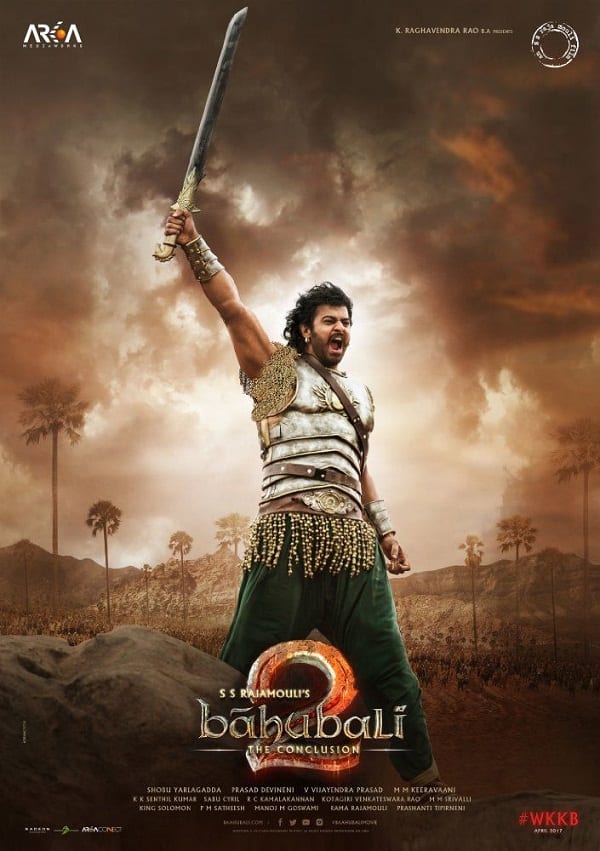 Angamaly diaries - One of the most powerful films of 2017. The film followed the story of a man who wanted to be the leader of a gang that would rule the town of Angamaly. The film directed by Lijo Jose Pellissery starred at least 86 debutant actors. Post release, it became a raging success. The movie has been profusely praised for its performances, cinematography and direction. 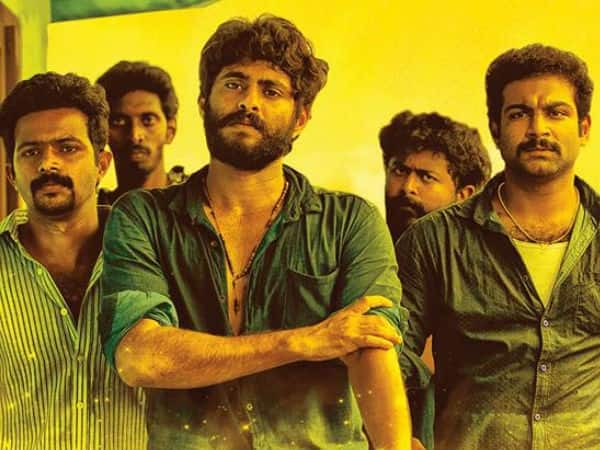 Vikram Vedha - This riveting cop-gangsta drama was another must watch of this year. Directed by Pushkar and Gayathri, the star attraction of of action suspense drama was the lead pair - R Madhavan and Vijay Sethupathi. Both took on the roles of a cop and a flawed gangsta and played it with finesse, swag and conviction. Apart from that, the mvoie's riveting storyline had everyone hooked. Its unexpected twists were an added bonus. This was the first film that released after the Tmail Nadu theatres went on strike owing to double taxation.

Also Read: Vikram Vedha movie review: R Madhavan – Vijay Sethupathi blow you away with their class acting and chemistry in this gripping thriller 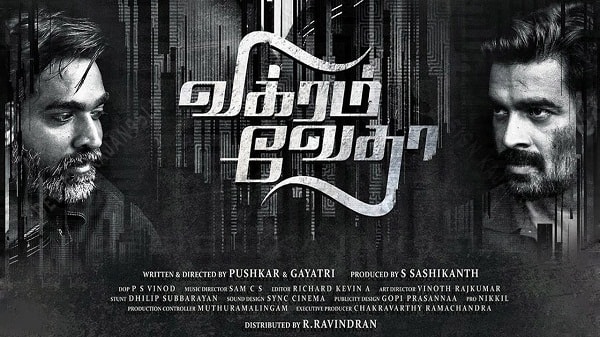 Mersal - Easily the most talked Tmail film of this year, even Twitter 's reports of 2017 states that. Apart from being the most used hashtag trend on Twitter this year, the movie has garnered huge praise for Vijay's performance and its storyline. Directed by Atlee, it starred Vijay in three roles, of which one was set in a different time period. The film also starred Samantha Ruth Prabhu, Nithya Menen and Kajal Aggarwal. To top it all, it's also the highest grossing Tamil film all time as it earned Rs 250 crore at the box office worldwide. 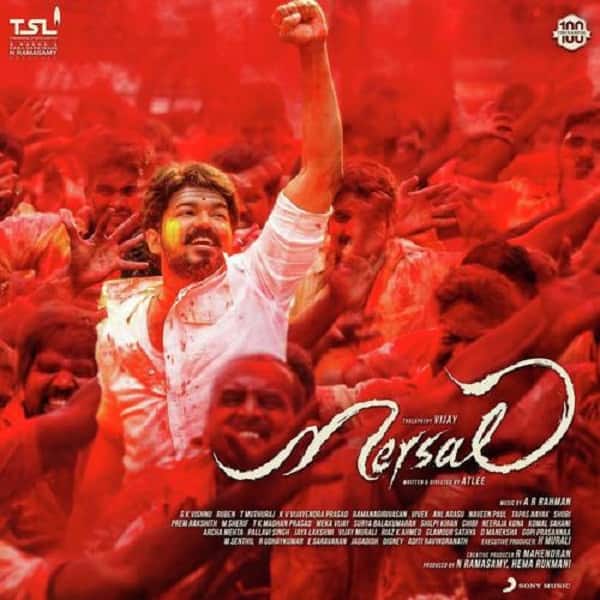 Theeran - One of the most well researched films of this year that managed to show a real story with conviction. It Karthi's intense performance was another reason to watch this film. 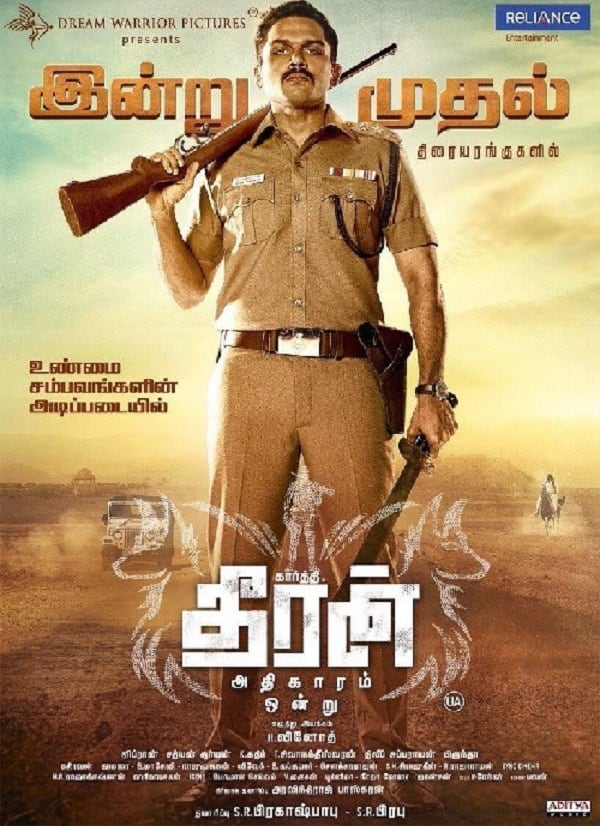 Fidaa - Fidaa was quite the topic of discussion all thanks to Sai Pallavi. The actress brought a vibrance to a story that would otherwise have been a cliched, repetitive plot. Post its release, Sai Pallavi's performance was the biggest highlight, also her pairing with Varun Tej was received well. The movie fared brilliantly at the box office overseas. What's hard to believe is that Fidaa marked Sai Pallavi's debut in Tollywood.

The Ghazi Attack - This has got to THE unusual film of 2017. Based on the mysterious sinking of the Pakistani submarine - PNS Ghazi just before the 1917 Indo-Pak war broke out, the movie caught everyone's attention for its unique plot line and its starry cast that included Rana Daggubati, Kay Kay Menon, Atul Kulkarni and Taapsee Pannu. While the film received glowing reviews, the movie did not see the same fate at the box office. 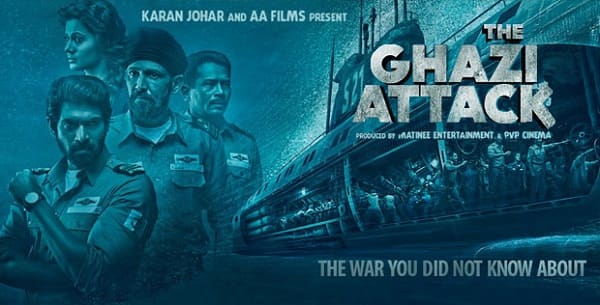 Arjun Reddy - Another one of Vijay Devarakonda gems! After a fun, light hearted film like Pelli Choopulu, the actor took on this unusual film that is now being called 'path-breaking' in Telugu cinema. While the film had its fair share of controversies, that didn't dilute the positive reactions it received. Vijay was praised for his performance, but it's the story that remained the biggest highlight. 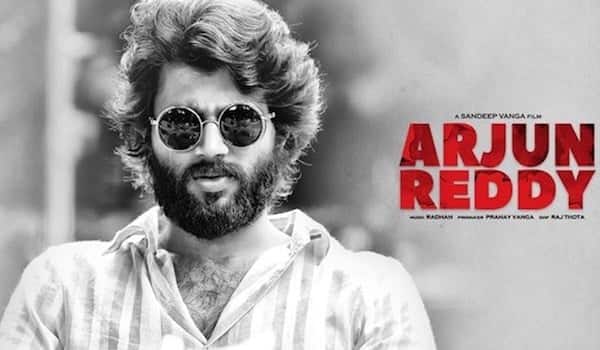 PSV Garuda Vega - In the latter half fo 2017, PSV Garuda Vega became the talk of the town. Rajashekhar returned with a bang with this spy thriller film. It was about an NIA officer who, on the verge of giving up his career, gets his hands on top secret information. Bound by duty, he decides to do something about it despite opposition by government officials. 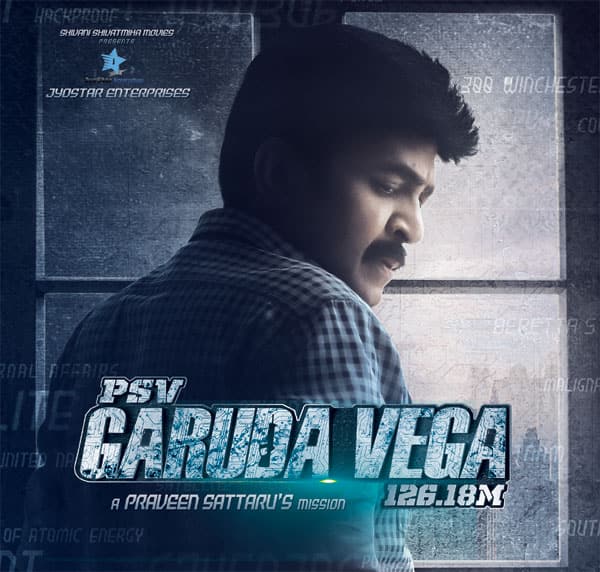 Jai Lava Kusa - This film was one of a kind, as it starred Jr NTR, Tollywood's young tiger in a triple role for the first time. While the story had its flaws and dragged on for a bit, Jr NTR was lauded for his triple act. His performance as Jai was specially praised. Jai Lava Kusa went on to become one of the biggest Dussehra releases of this year. 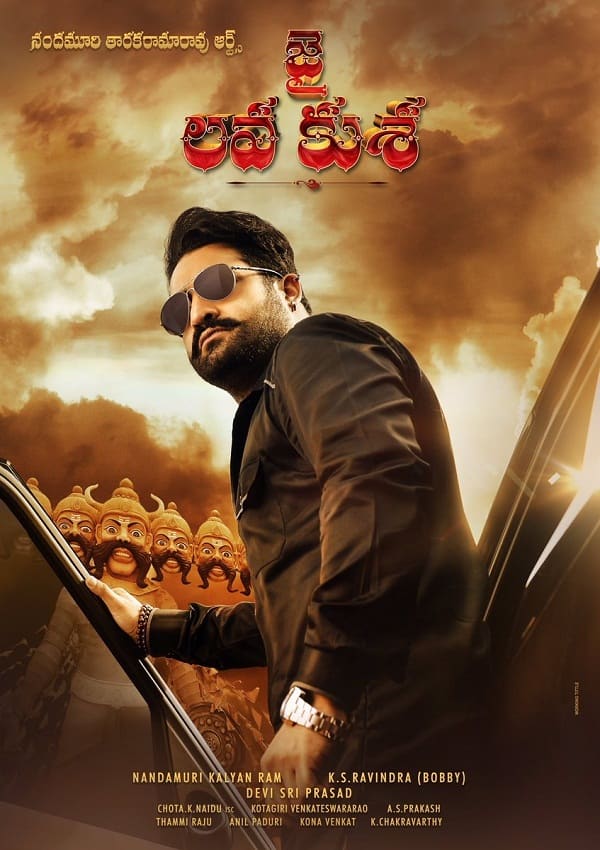 Maanagaram - This action thriller starring Sundeep Kishan, Regina Cassandra and Sri went on to become an unexpected hit. The film followed the story of four youngster who cross each paths because of an incident. 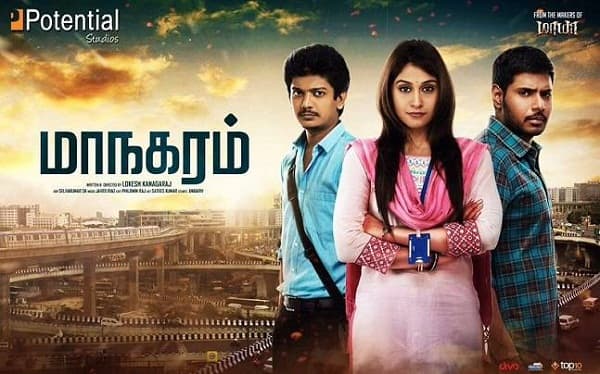 Ninnu Kori - Another of Nani's successes that starred Nivetha Thomas and Aaadhi Pinishetty. The love story was hugely liked by fans and critcis and went on to become a big success at the box office. 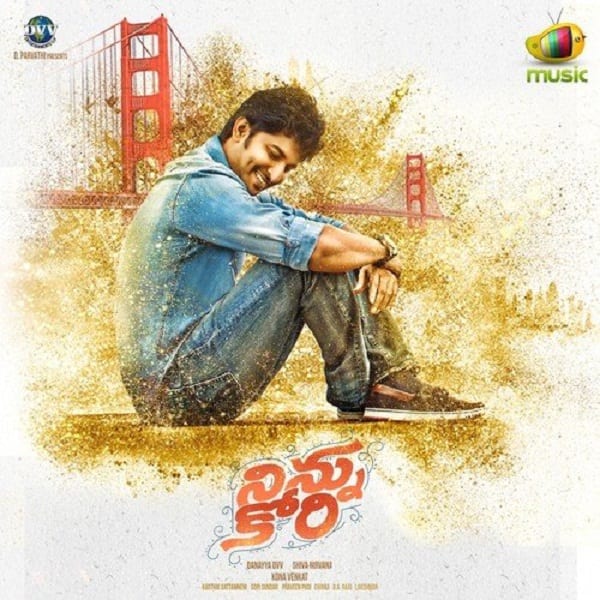 Aramm - Aramm managed to stand out for the way it tackled a relevant subject with conviction and for its focus on the central character played by veetran actress, Nayanthara. The movie's moving yet powerful story coupled with Nayanthara's performance has made Aramm one of the most memorable films of this year. 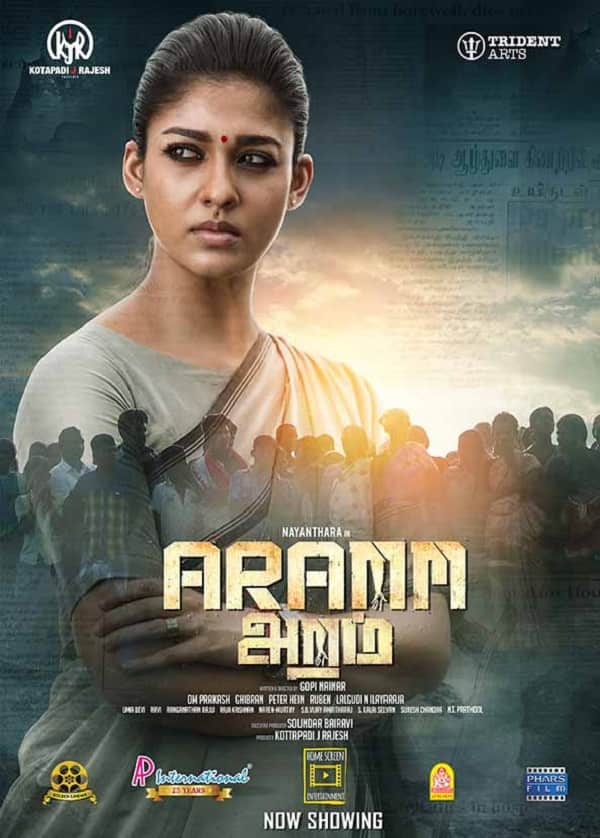 Thuppaarivaalan - Directed by Mysskin, the film managed to show us a different side to Vishal. His detective act was sincere yet hilarious. Mysskin's style of direction also garnered praise. Although a small budget film, the movie managed to run in theatres for quite some time. 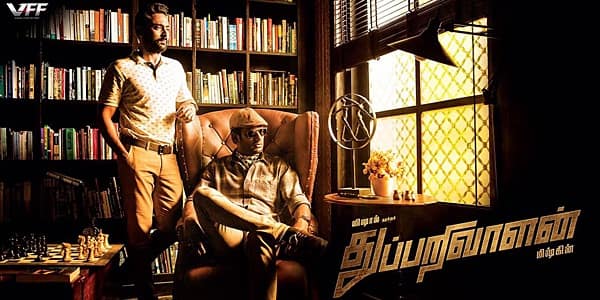 Power Paandi - This film was extra special as it marked talented actor - Dhanush's debut in direction. Although the story was considered typical, the film was praised for Dhanush's way of storytelling, sharp imagery and its feel good factor. 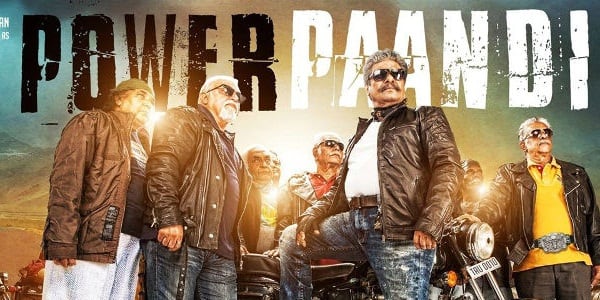 Njandukalude Nattil Oridavela - This was one of the most loved Malayalam films of this year. starring Nivin Pauly, Shanti Krishna and Ahaana Krishna. The Malayalam actor scored another winner with this light hearted yet intense family drama. 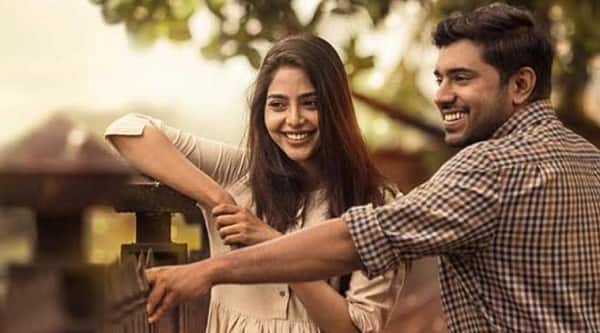 Take - off - This was one of the best Malayalm films of this year. Based on a true gripping story of Indian nurses being rescued from Iraq, the film starred Parvathy in the lead along with Fahadh Fasil and Kunchacko Boban in the supporting roles. The movie went on to become a tremendous success. Parvathy was hugely praised for her pwoerful act. 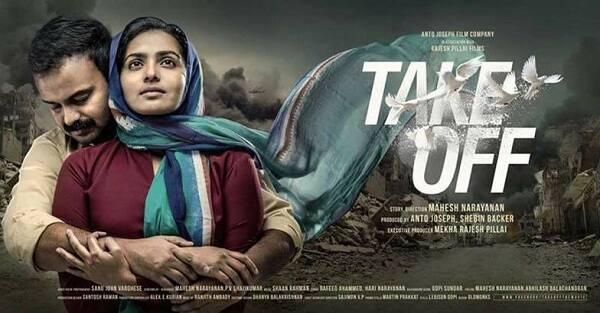 So according to you, which is the Best film of 2017? VOTE and tell us!