Move over Hrithik Roshan and Ranbir Kapoor, these men from the South will have you crushing over them in no time...

It is quite common for actresses, who can't make it big in Bollywood, to foray down South to cash in on the burgeoning film industries there. But there are many South Indian stars, who despite their established star status in their respective industries, want to make a mark in Bollywood to gain nationwide popularity. And this is not a recent phenomenon. We have grown up seeing quite a few South hunks making an appearance in Bollywood. While they might not have always hit a jackpot at the box-office, they are such eye candies that we have a difficult time forgetting them. Here's taking a look at the hottest actors that Bollywood has imported from down South, over the years. Go on, ogle to your heart's content... Also Read - Super Dancer Chapter 4 PROMO: Neetu Kapoor is bowled over by THIS contestant's performance on Parda Hai Parda 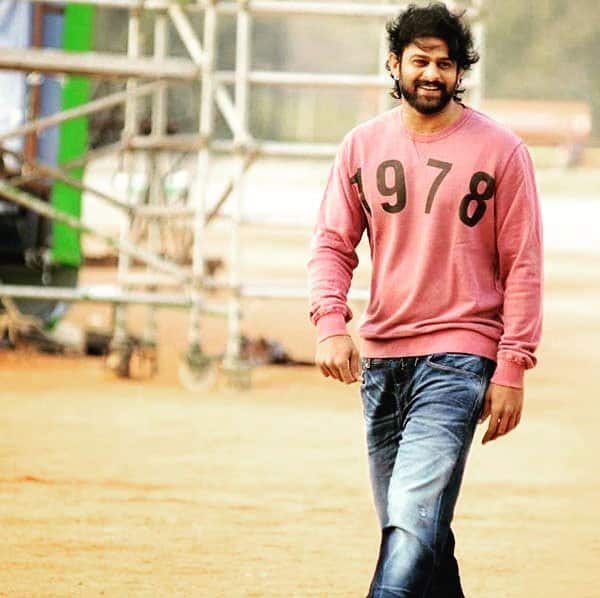 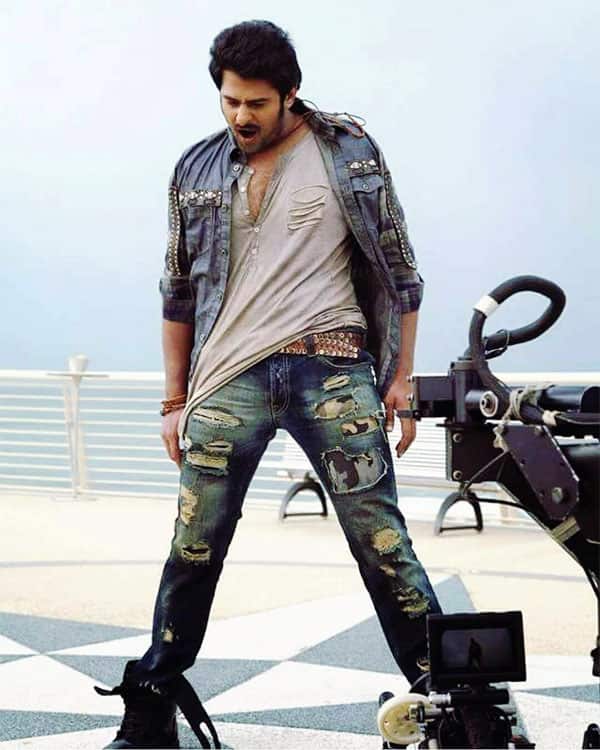 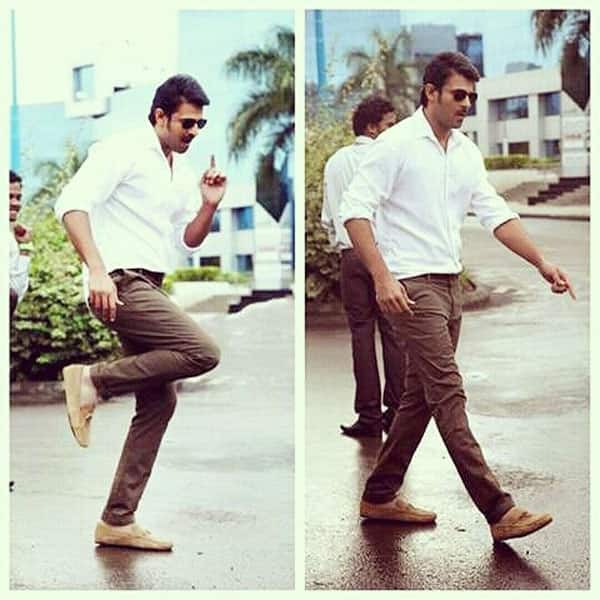 The phrase 'overnight sensation' was perhaps coined for Prabhas. The actor took over the scene with the release of Baahubali and now enjoys nationwide popularity. It is not just that he is a known name now, he also has girls going gaga over him. While many may argue that it was his portrayal of the righteous Amarendra Baahubali that has fetched him such female attention, it can't be argued that it is Prabhas' inherent charm that percolates down to the character. No sooner had the film released, the audience went crazy raving about him on social media and such is his popularity that several Bollywood filmmakers are vying to make him the hero of their next films. And to think of it, Prabhas hasn't even made a Bollywood debut yet, as Baahubali was quintessentially a Telugu film, dubbed in other languages. Imagine the impact he will make when he forays into Bollywood! 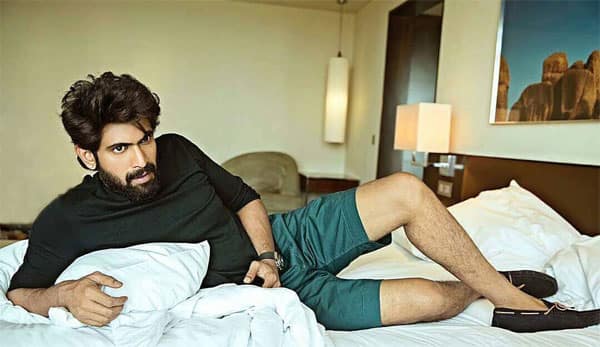 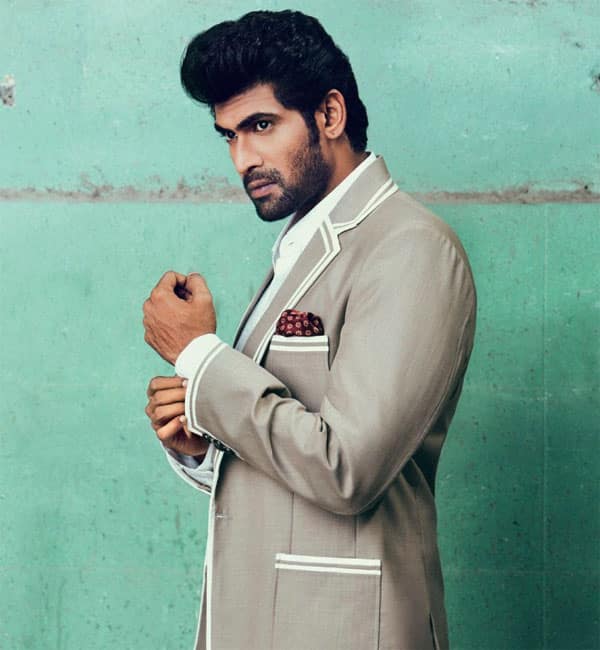 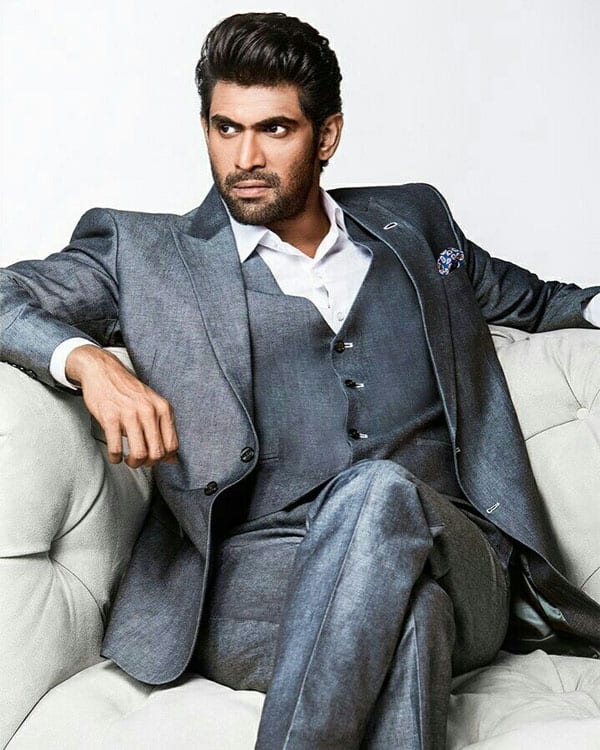 Rana Dagubatti is the quintessential good-looking South Indian guy who has thankfully decided to grace Bollywood with his presence. He started out with Dum Maaro Dum, and it was easy to see how much potential he had, as an actor. Unlike other South stars, who are very selective with their Bollywood projects, Rana strikes a healthy balance of Bollywood and regional cinema. And while not all of his films have turned out to be box-office pleasers, he has always been the suave guy to watch out for, in each one of them. And when he decided to play the antagonist in Baahubali, we loved to hate him too, thanks to his portrayal of Bhallaldeva. What also sets him apart from the rest of the South imports is the fact that we see a lot more of him here, at parties, and events. He is also thoughtful enough to keep his fans updated about his whereabouts on social media. Doing it just right, Rana. 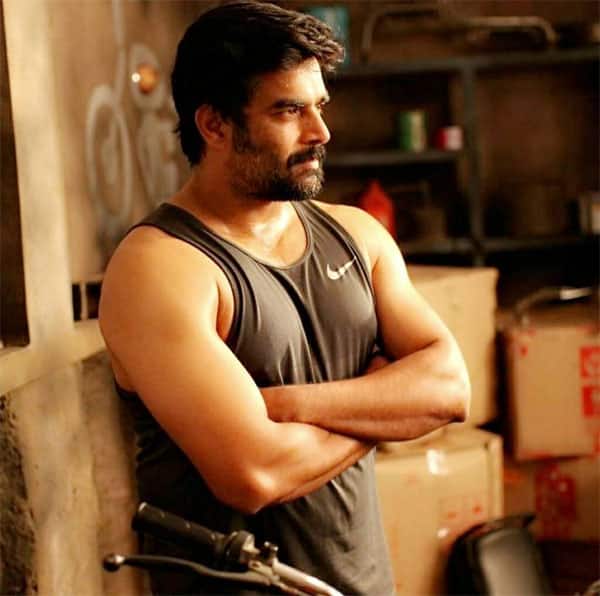 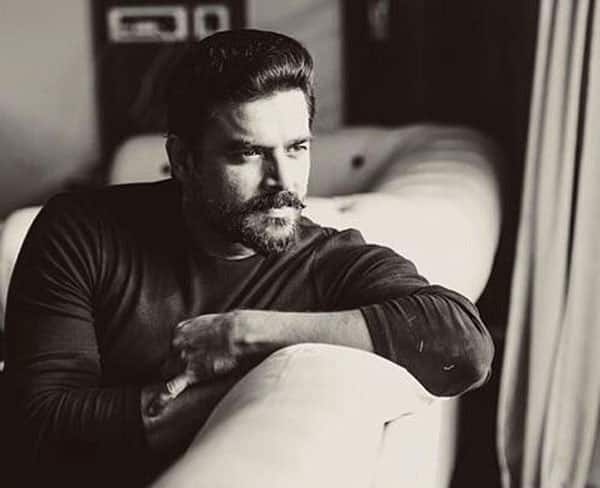 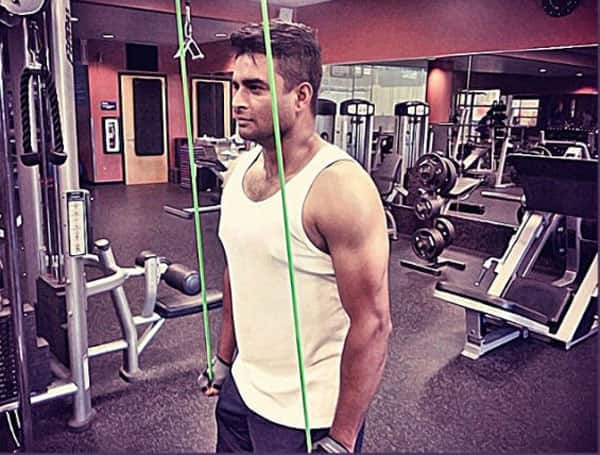 Don't tell me your heart didn't skip a beat when R Madhavan aka Maddy went 'Dil ko tumse pyaar hua...' in Rehnaa Hai Tere Dil Mein. Everything - from his unconventional good looks to his smile and the overall charm - took Bollywood by surprise. Here was an actor who didn't need to sport those abs or a chiselled physique to get the girl in the film. Such was his charm that Bollywood couldn't get enough of him. And while we didn't see him in many romantic roles later on, he did make a great impact in powerful films like Guru, Rang De Basanti, 3 Idiots. It was, however, his lover boy role in Tanu Weds Manu and the role of a harassed husband in Tanu Weds Manu Returns that again set hearts aflutter. While he began his career with a Hindi film, titled, Is Raat Ki Subah Nahin, it was an uncredited appearance. Post this, Madhavan starred in a string of Tamil and Kannada films before returning to Bollywood with RHTDM. Thankfully for us, he is now doing a healthy mix of Bollywood and regional cinema. 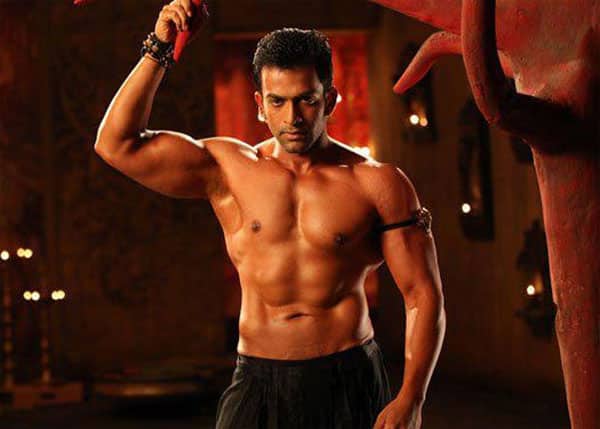 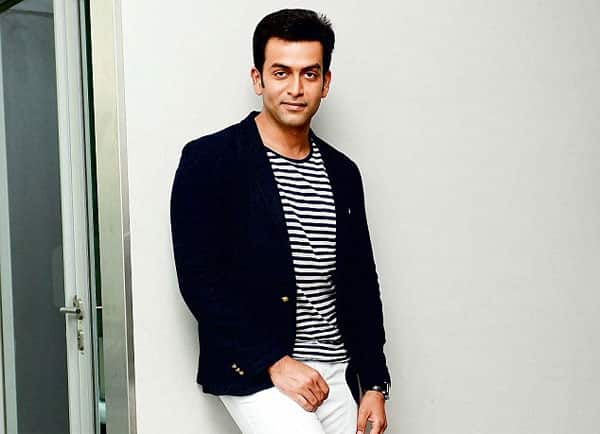 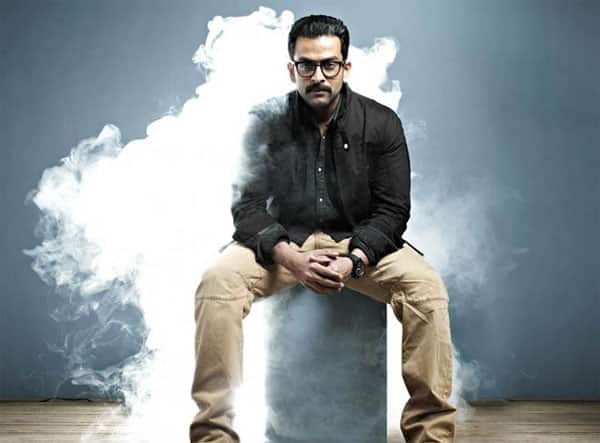 Bollywood was literally blessed with this eye-candy in Aiyyaa. While the film itself was nothing worth writing home about, Prithviraj Sukumaran was HOT AF. We could certainly relate to Rani Mukerji's character's obsession with him. With a chiselled body like his, it is easy to see why he was chosen as the object of desire in the film. The film had tanked at the box office but Prithviraj got enough exposure to bag some other Bollywood projects as well. He was a part of Aurangzeb and also the recently released, Naam Shabana. While we don't get to see him here as often as we would want to, he is doing a lot of Malayalam films. What's more...he also has a production company and sings too! Such an all-rounder! 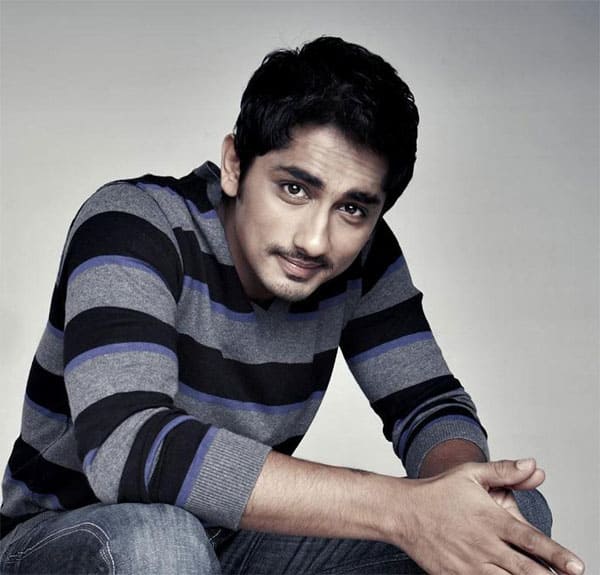 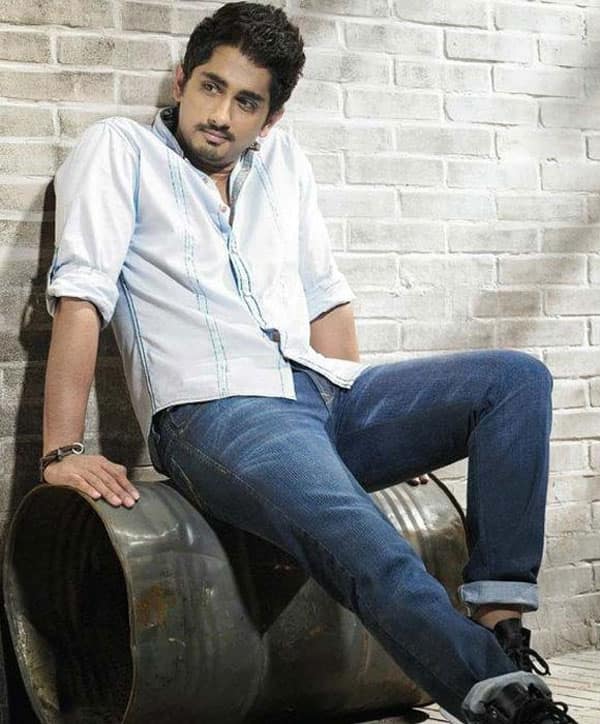 We have all heard of the quintessential girl-next-door but if ever the same term could be applied to guys, Siddharth would fit the bill perfectly. With his dimpled smile and boyish charm, Siddharth stole many hearts when he made his Bollywood debut with Rang De Basanti after having starred in several Tamil and Telugu films. Such was the appreciation for his role in the film that Siddharth even won the Screen Award in the Best Male Debut category and was nominated in several other awards for the same. However, his second film, Striker, didn't recieve much appreciation and his appearances in Bollywood reduced to a trickle after this. He was last seen in Chashme Baddoor. However, his fans might find solace in the fact that he is part of the trilingual film, The House Next Door, which is still in the filming stages. A stellar actor, who is immensely cute, we can't wait to watch Siddharth woo us again. 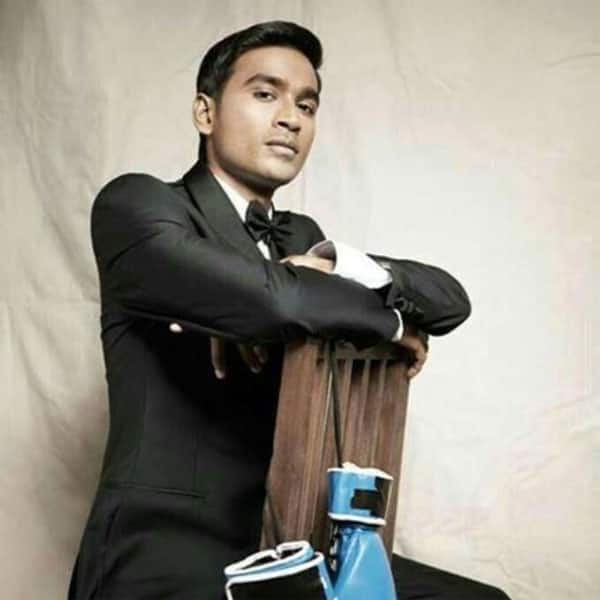 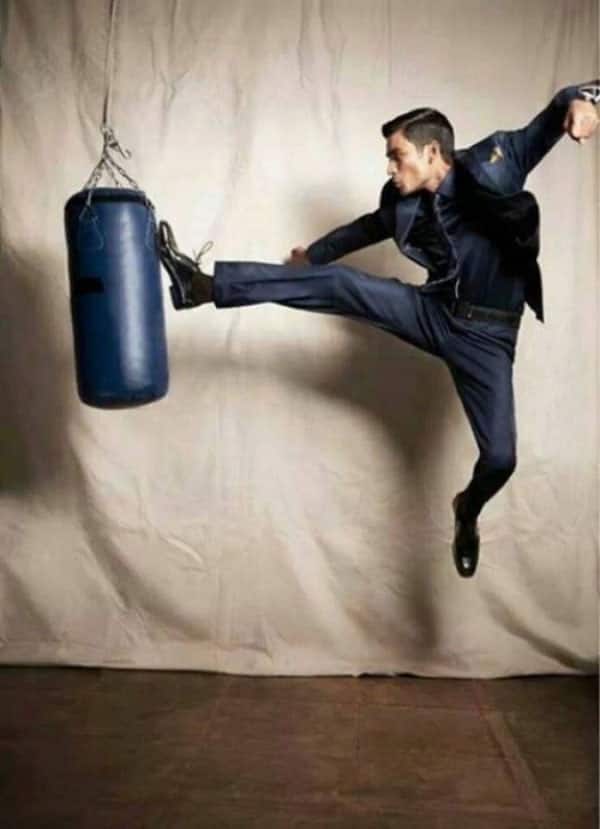 While talking about unconventionally good-looking dudes, it is impossible to miss Dhanush. He has such a subtle charm working for him that it is impossible to not sit up and take notice. Add to this, his impeccable acting chops and you have a star to watch out for. No wonder that he fetched a Filmfare Award in the Best Male Debut category when he first stormed into Bollywood with a powerful role in Aanand L Rai's Raanjhanaa. Playing the stalker with such conviction that you would love to hate him, requires a lot of courage but Dhanush managed to make it appear easy. And while his second Bollywood venture, Shamitabh, didn't work at the box-office, it received much critical acclaim. Dhanush matched wits with Amitabh Bachchan in the film, which, by no means, is an easy feat. And while he continues to regale his Tamil film fan base, we are waiting for his next Bollywood project with a bated breath!

Aren't all of them a great combination of good looks and immense talent? Now wonder Bollywood keeps importing them. But who's your favourite one? Let us know in the comments section below...