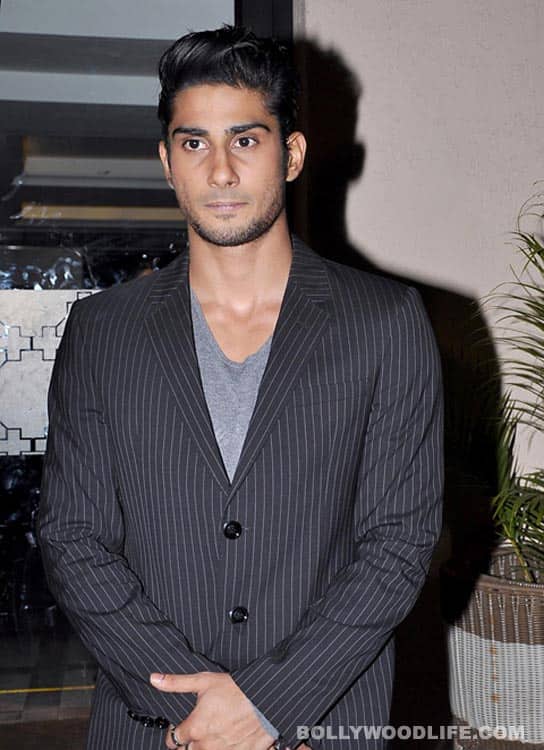 Prateik recently said that Sanjay Leela Bhansali was responsible for the failure of his last film My Friend Pinto. Why is the Ek Deewana Tha actor digging up old issues?

We are not sure if it’s a genuine statement or a publicity stunt for his recently released film Ek Deewana Tha, but Prateik has raked up some old issues, which might come back to bite him. During a recent interview, when Prateik was asked about why he thought My Friend Pinto failed at the box office, Prateik said that producer Sanjay Leela Bhansali was responsible for the film’s fate. It looks like the 24-year-old still has some grouse against the producer. Also Read - Actor Prateik Babbar tattoos mother Smita Patil’s name on his chest along with the infinity symbol — view pic

Prateik has said that Bhansali never came on the sets to check the progress of the film and give enough time to the promotions either. We hear from the sources close to SLB that the maverick director in fact feels that Prateik cannot carry a film on his shoulders and that was the real reason for My Friend Pinto’s failure. Well, Ekk Deewana Tha, which has just hit the screens, is not getting a favourable response from the audience either. Let’s hope that this time the actor doesn't end up blaming the director or the producer of this film. We think Prateik is too young and new in the industry to afford a fight with a noted filmmaker. Just bury the hatchet, focus on your future projects and hope they bring you some luck, young man! Also Read - Dil Toh Happy Hai Ji actress Donal Bisht on social media influence: Big numbers don’t make you a superstar