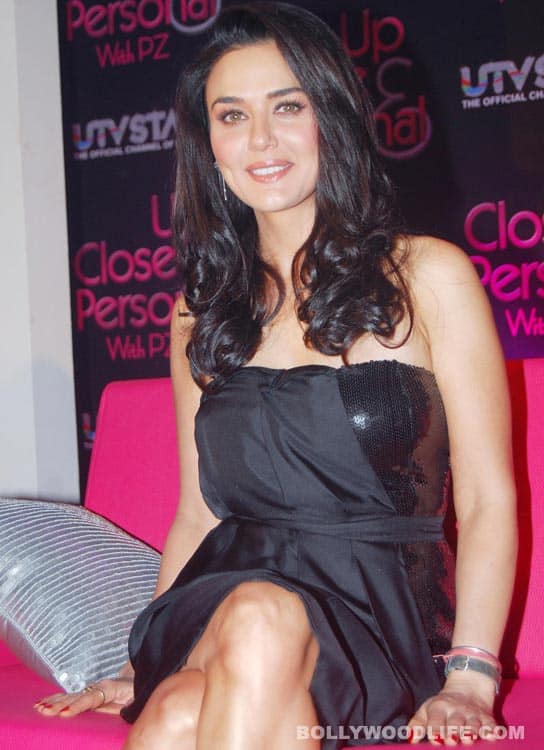 After weeks of negotiations with the French and location hunting in Europe, Preity Zinta is back in the homeland of Bollywood to finalise her first production Ishkq In Paris. According to a recent report, PZ’s love story is inspired from Hollywood’s classic romance Before Sunrise starring Ethan Hawke and Julie Delpy. The 1995 film is about two strangers - an American man and a French woman - who meet on a train journey in Europe, and end up spending a day romantic day in Vienna. Apparently, Preity plays an Indian woman and a popular French actor is to play her romantic interest. However, rumour is she had a tough time finding the leading man. But now that everything has fallen into place PZ and director Prem Soni (Main Aurr Mrs Khanna) intend to begin filming from the first week of November at some touristy locations in Paris. That means Preity’s hardwork has finally borne fruit and wethink she deserves it. Last she played the leading lady was in Deepa Mehta’s Heaven On Earth where she essayed the role of a battered wife. We are sure Preity’s fans are eagerly waiting to watch her do some sing and dance movie. Also Read - Ali Zafar's LONDON PARIS NEW YORK trailer: Fresh cast makes it work!