Just to remind you, this is the song where Anushka Sharma spanks Salman Khan lovingly! We are sure you are doubly excited for it now.

And it's dashingly desi...

Salman Khan released the trailer of his upcoming film Sultan yesterday and it took the internet by storm. People couldn't get enough of it. They were waiting to check out the trailer and when it was out, people went crazy with excitement. But we know the songs of the film will be very groovy. Now you have to wait for it to release but we can help you catch an EXCLUSIVE glimpse of what Salman will look like in one of the songs, 440 volt. Also Read - Did Virat Kohli's sister reveal how Virat and Anushka Sharma's daughter Vamika looks? She RESPONDS

In a black studded jacket, Salman is looking really cool. We were the first ones to tell you about this song and has the actor wooing Anushka Sharma, Sultan's Sultani. You can see a few glances of the same in the trailer that was released yesterday and it looks incredibly cool. Check out the picture here and some scenes from the trailer. The look has been designed by Ashley Rebello. Also Read - Anushka Sharma's 'tea controversy' back in the news as former India selector MSK Prasad breaks his silence 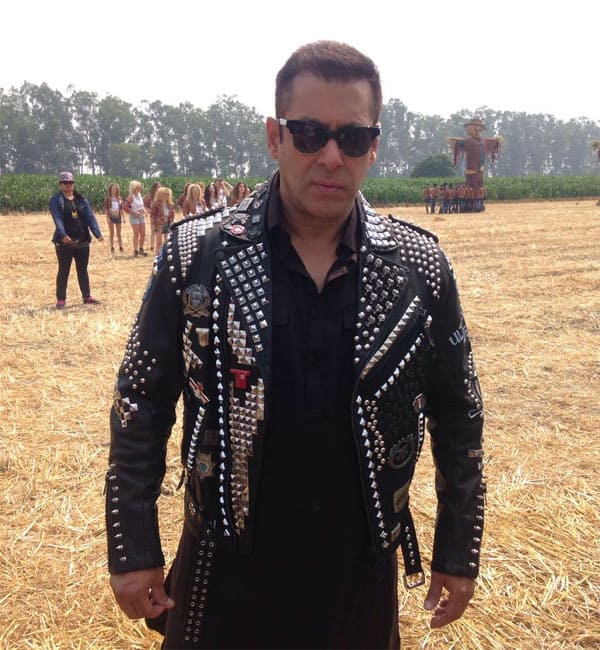 The actor seems to be enjoying the moves a lot although the first picture doesn't have him smiling with glee. Just to remind you, this is the song where Anushka Sharma spanks Salman Khan lovingly! We are sure you are doubly excited for it now.