Prithviraj: Akshay Kumar, baap of action in Bollywood, reveals how the historical epic's action scenes tested him to his limits

Akshay Kumar, who is known for being an undisputed, all-time action superstar of our Indian cinema, confesses to being like 'a kid in a candy store' when he realised the scale of action that he'll get to perform in Prithviraj 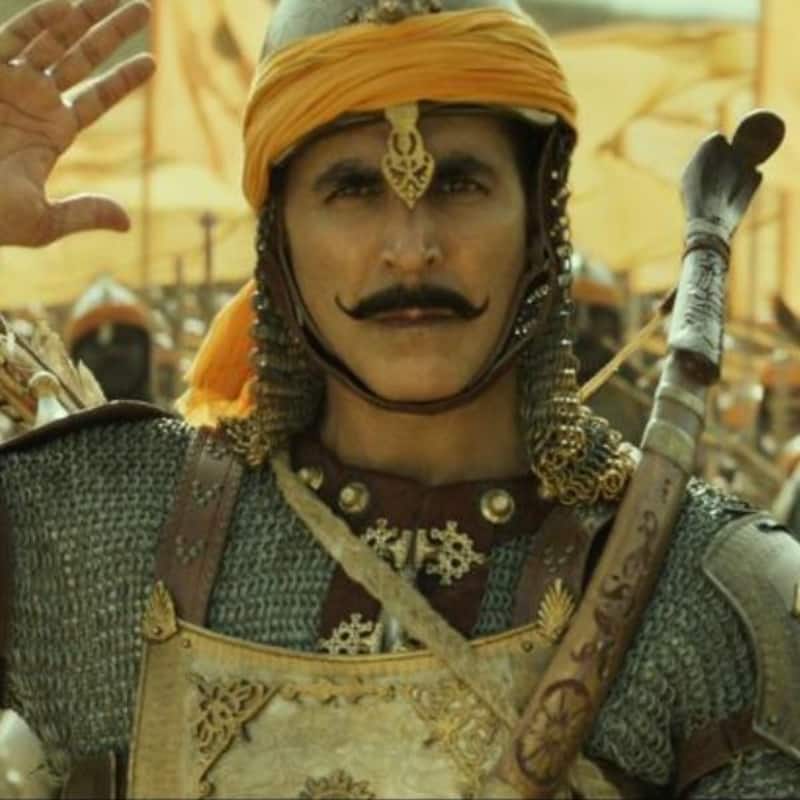 Akshay Kumar’s next is Yash Raj Films’ first historical, Prithviraj, which is based on the life and valour of the fearless and mighty King Prithviraj Chauhan. He is essaying the role of the legendary warrior who fought valiantly to protect India from the merciless invader Muhammad of Ghor in this visual spectacle. Akshay Kumar, who is known for being an undisputed all-time action superstar of Indian cinema, confesses to being like “a kid in a candy store” when he realised the scale of action that he'll get to perform in Prithviraj. Also Read - Trending Hollywood News Today: Kylie Jenner preparing baby to be an athlete, Blackpink set to return, Viola Davis' The Woman King trailer and more

Akshay Kumar reveals why Prithviraj is a big-screen extravaganza

Akshay Kumar says, “Prithviraj is mounted at a scale that will wow people and action plays an integral part in heightening the entertainment quotient of the film. Prithviraj is a big screen action extravaganza that awaits to unfold in front of the eyes of the audiences. It will give numerous highs given how Samrat Prithviraj Chauhan took on the responsibility of protecting the country and its people from the merciless invader Mohammad of Ghor. I was like a kid in a candy store when I realised the scale of action that I will get to perform.” Also Read - Sonakshi Sinha's blonde look gets mixed reactions; netizens call her 'jalpari', 'Game of Thrones in Lokhandwala' and more

Akshay Kumar on the high he derived from doing Prithviraj

Akshay admits Prithviraj gave him the chance to explore action that was ground-breaking for a big screen historical. He adds, “I have always loved action films and doing action in my own projects gives me a high. So, for me, the film presented me with an opportunity to explore something I love. It was really tough to pull off these elaborate war sequences, wearing heavy armour in the sweltering heat but I knew that these scenes will look spectacular on the big screen and add to the extravaganza Prithviraj is a film that’s high on patriotism, given the valour and sacrifice of the mighty king. It needed to be presented in a way that will make people gasp with excitement and I think we have achieved it. I’m proud of how Prithviraj has shaped up and hopefully it will entertain people thoroughly.” Also Read - Kylie Jenner and Travis Scott are already preparing their baby to be an athlete; we wonder what 3 Idiots' Rancho would say [Deets Inside]

Prithviraj has been directed by Dr. Chandraprakash Dwivedi, who is best known for helming the television epic, Chanakya, and the critically acclaimed film, Pinjar. Prithviraj stars Akshay Kumar as the eponymous warrior-king, along with Sanjay Dutt, Sonu Sood, Ashutosh Rana, Manav Vij and Sakshi Tanwar, and introduces ex-Miss World Manushi Chhillar. It's slated to hit theatres on 3rd June in Hindi, Tamil and Telugu.