Prithviraj: Akshay Kumar on his film clashing with Adivi Sesh’s Major and Kamal Haasan’s Vikram; says, ‘We can’t stop anybody…’

Akshay Kumar starrer Prithviraj, Adivi Sesh's Major, and Kamal Haasan starrer Vikram; all three films are all set to release on 3rd June 2022. It's a three-way clash at the box office. 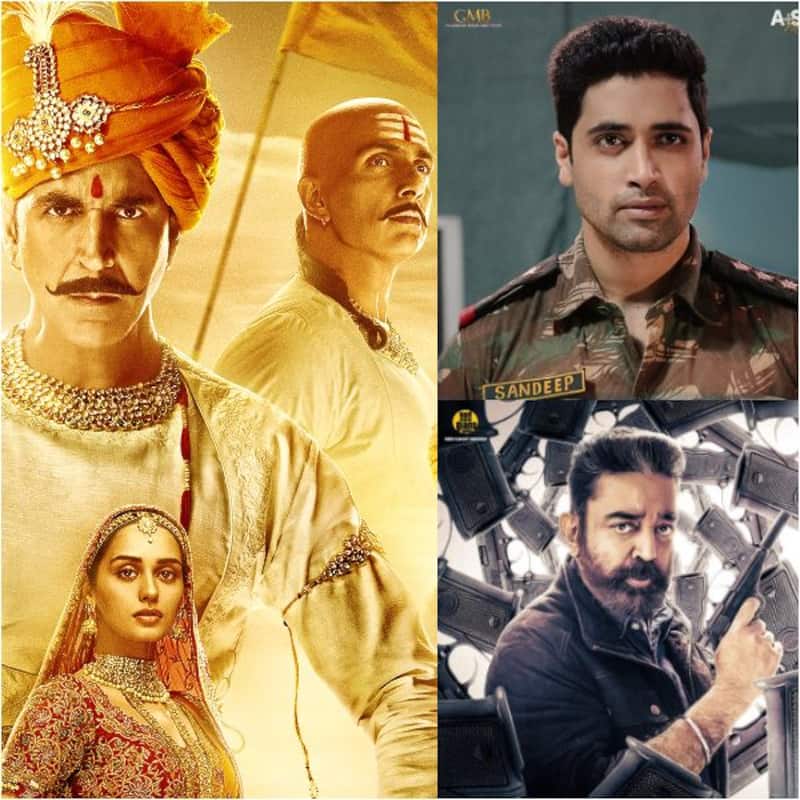 Akshay Kumar starrer Prithviraj is all set to release on 3rd June 2022. On the same day, two more biggies are slated to hit the big screens; Adivi Sesh starrer Major and Kamal Haasan starrer Vikram. Major is a multilingual film shot in Telugu and Hindi, and it will be dubbed and released in Malayalam as well. Meanwhile, Vikram is a Tamil film and will be dubbed and released in multiple languages including Hindi. Recently, Akshay opened up about Prithviraj clashing with Major and Vikram. Also Read - Trending Hollywood News Today: Kylie Jenner preparing baby to be an athlete, Blackpink set to return, Viola Davis' The Woman King trailer and more

While talking about the three-way clash, the actor in a media interaction said, “Good, I hope everyone’s film works. We can’t stop anybody from releasing their films, right? I hope every film does business because the business is all connected. We can’t exist without the other. It is wrong to think we can’t coexist. I cannot live without them, and they can’t without us. I always say we have to be united but unfortunately what I see is we are not. We always talk about dividing. nobody talks about uniting but hopefully, we will learn.” Also Read - Sonakshi Sinha's blonde look gets mixed reactions; netizens call her 'jalpari', 'Game of Thrones in Lokhandwala' and more

A few days ago, at a song launch of Major, Adivi had also spoken about the clash. He had said, “I think practically speaking, we have the biggest film in Telugu, Vikram is the biggest film in Tamil and Prithviraj is the biggest film in Hindi but while there are big fish in the sea, we are the goldfish.” Also Read - Kylie Jenner and Travis Scott are already preparing their baby to be an athlete; we wonder what 3 Idiots' Rancho would say [Deets Inside]

Directed by Chandraprakash Dwivedi, Prithviraj also stars Manushi Chhillar in the lead role. The movie will mark the Bollywood debut of the former Miss World. Apart from Hindi, Prithviraj will be hitting the big screens in Tamil and Telugu as well. The film’s release date was pushed multiple times due to the pandemic, and now, finally, it will release on 3rd June 2022.