If the industry grapevine is to be believed, Akshay Kumar wasn't the first choice for Prithviraj. It is being said that director Chandraprakash Dwivedi wanted to cast Sunny Deol in the titular role but YRF wanted a more saleable hero than him. 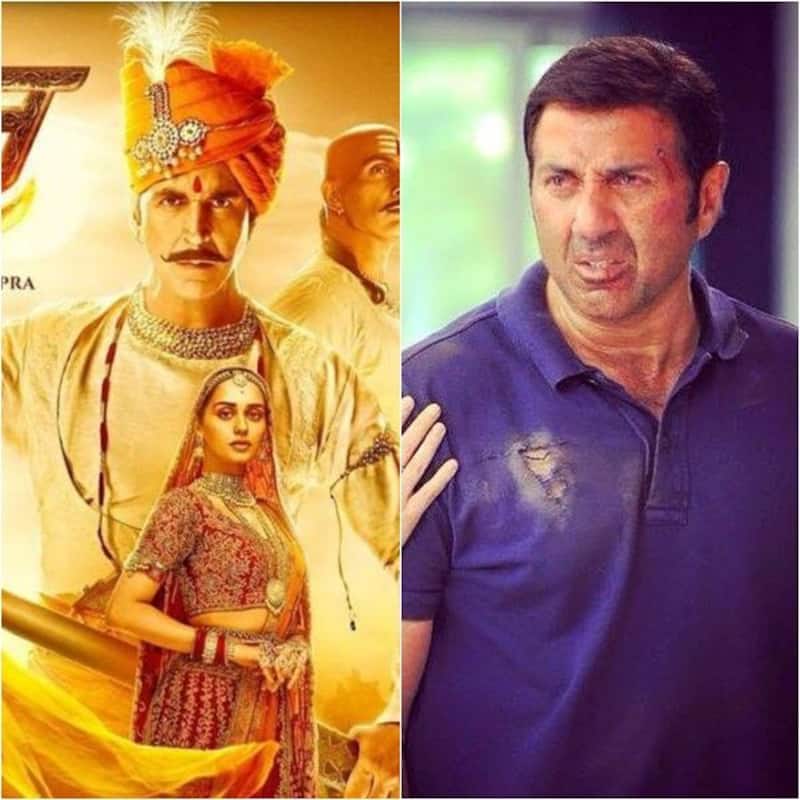 The makers of Prithviraj recently dropped the trailer of Akshay Kumar starrer, which is based on the life and valour of Samrat Prithviraj Chauhan. It also marks the debut of former Miss World Manushi Chhillar into Bollywood. But if the industry grapevine is to be believed, Akshay wasn't the first choice for the film. It is being said that director Chandraprakash Dwivedi wanted to cast Sunny Deol in the titular role but YRF wanted a more saleable hero than him. Also Read - Akshay Kumar, Kangana Ranaut, Shahid Kapoor and more stars' biggest money losers at the 2022 box office

"Sunny Deol was Chandraprakash Dwivedi’s first choice for the role of Prithviraj Chauhan. When they were shooting Mohalla Assi in Varanasi five years ago, Dwivedi and Deol had long discussions on Prithivraj. In their discussions Dwivedi and Deol covered a lot of topics about the film and the character, from what the final look and feel should be to the character’s dialect and mannerisms. They had even discussed the look and voice-quality of the character,” a source was quoted as saying by Bollywood Hungama. Also Read - Prabhas, Akshay Kumar, Salman Khan pocketing over Rs 125 crores per film? Check out the jaw-dropping fees of these Indian film superstars

The source further added, "Everything was on track with Sunny leading the cast. Then, with Yash Raj Films entering the picture, things changed. As per the YRF mandate, they wanted a more saleable hero than Sunny Deol, who also comes with a proven record of accomplishment. It was this decision that ultimately led to Deol being replaced.” Also Read - Deepika Padukone to Shah Rukh Khan: These 8 Bollywood actors were ACCUSED of hurting religious sentiments; here's why!

Prithviraj, which has been produced by Yash Raj Films, will see Akshay essaying the role of the legendary warrior Prithviraj Chauhan who fought valiantly to protect India from the invader Muhammad of Ghor. Manushi plays the role of Prithviraj's beloved Princess Sanyogita in the film. The director feels glad that he had a producer like Aditya Chopra who believed in his vision for the film and backed him completely to tell a story like this in the grandest way possible. It will release in theaters on June 3 in Hindi, Tamil and Telugu.