Prithviraj: Akshay Kumar to show his historical epic not to Narendra Modi, but this famous politician – any guesses? 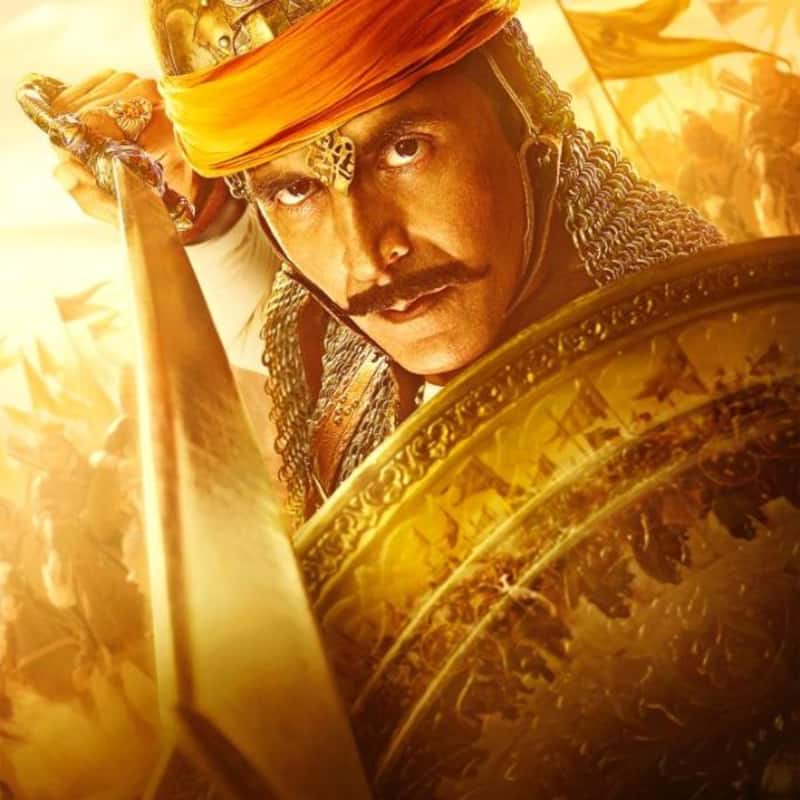 Akshay Kumar’s next is Yash Raj Films’ first historical, Prithviraj, which is based on the life and valour of the fearless and mighty King Prithviraj Chauhan. He is essaying the role of the legendary warrior who fought valiantly to protect India from the merciless invader Muhammad of Ghor in this visual spectacle. Now, we've lerned that the makers of Prithviraj and its lead star, Akshay Kumar, intend to screen the movie for a very famous Indian politician, and no it isn't PM Narendra Modi. Also Read - Kangana Ranaut's Dhaakad producer sold his office to pay dues after the film flopped? Here’s the truth

Prithviraj to be screened for Amit Shah

We have learnt from multiple reliable sources that India’s Home Minister, Amit Shah, is going to watch the epic retelling of the last Hindu king, Samrat Prithviraj Chauhan’s life, on 1st June, a couple of days before the movie officially releases. When contacted, the director of the film, Dr. Chandraprakash Dwivedi, confirmed this development. “Yes, this is accurate information. It is our honour that the Honourable Home Minister of our country, Shri Amit Shah ji is going to witness the epic saga on the glorious life of one of Bharatmata’s bravest sons, Samrat Prithviraj Chauhan, who sacrificed his life for the country,” Dwivedi said. Also Read - Bharti Singh flaunts massive solitaire earrings gifted by husband Haarsh Limbachiyaa; jokes, 'Loan leke liye hain' [WATCH]

We've also landed our hands on confirmed information that the producer of Prithviraj, Aditya Chopra, greenlit the recreation of 12th century Delhi, Ajmer and Kannauj from scratch and allocated over ₹25 crore for the budget of the sets alone for this purpose. Dr, Dwivedi reveals, “I think Aditya Chopra must have spent crores and crores of money (₹25 crore to be precise) just to get the city built to perfection. So, if people are loving what they are seeing in the trailer, they will have to wait and watch the film to see the grandeur of our sets in its full glory.” Also Read - Thank You: Here's why Naga Chaitanya starrer is an important film for Raashii Khanna

Akshay Kumar opens up on Delhi during Prithviraj's era

Akshay Kumar says, “It was quite a task to make this film into a visual delight for audiences because we wanted to promise a big screen entertainer for everyone. Samrat Prithviraj Chauhan was chosen as the ruler of India and Delhi became his political capital. So, it was important that we recreated 12th century Delhi, Ajmer and Kannauj, cities that are linked to his reign and life authentically for people to see how magnificent the city really looked during that time.”

Painstaking efforts to get the look of Prithviraj's Delhi just right

Director Chandraprakash Dwivedi adds, “Aditya Chopra took on the Herculean task to recreate Delhi, Ajmer and Kannauj and I have to congratulate the entire set-design team for being able to pull off the unthinkable. Real marble was used to build the city, 900 workers toiled hard for about eight months to build this gigantic set that was a marvel for our eyes. Every element of the city, including Samrat Prithviraj Chauhan’s palace was built from scratch.”

Prithviraj has been directed by Dr. Chandraprakash Dwivedi, who is best known for helming the television epic, Chanakya, and the critically acclaimed film, Pinjar. Produced by Aditya Chopra of YRF, Prithviraj stars Akshay Kumar as the eponymous warrior-king, along with Sanjay Dutt, Sonu Sood, Ashutosh Rana, Manav Vij and Sakshi Tanwar, and introduces ex-Miss World Manushi Chhillar. It's slated to hit theatres on 3rd June in Hindi, Tamil and Telugu.